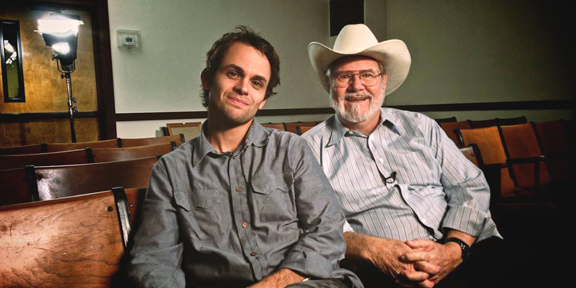 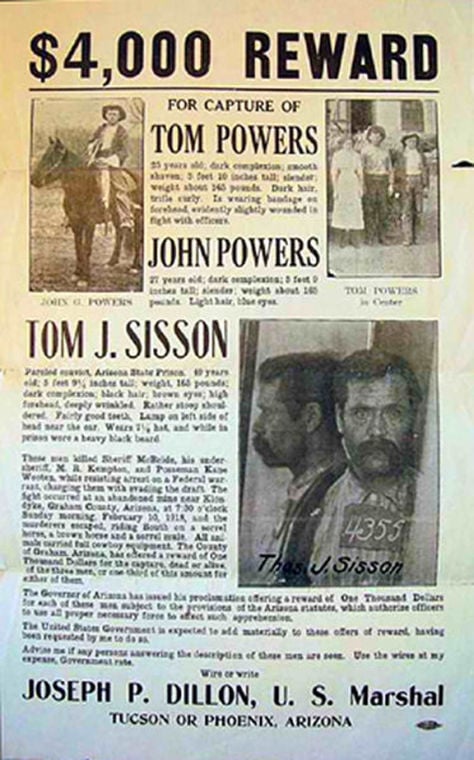 A Wanted poster shows a reward of $4,000 for the capture of the Power brothers and Tom Sisson. 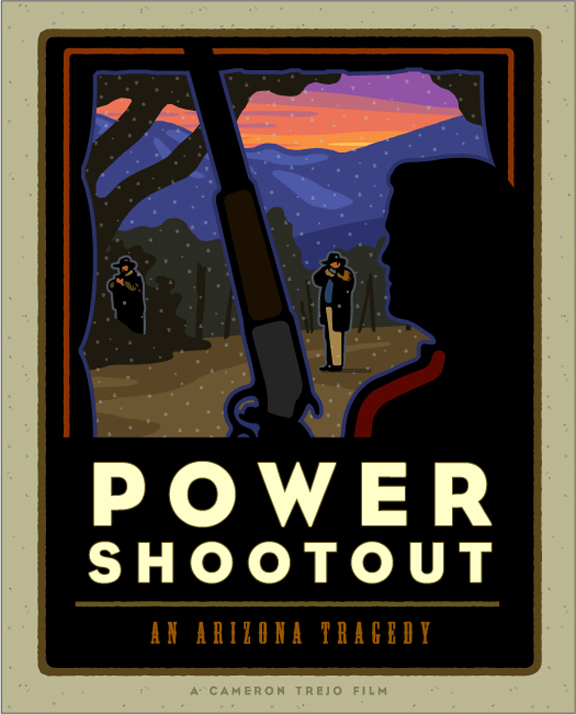 A production poster of Cameron Trejo’s documentary about the Power Brothers shootout.

A Wanted poster shows a reward of $4,000 for the capture of the Power brothers and Tom Sisson.

A production poster of Cameron Trejo’s documentary about the Power Brothers shootout.

GRAHAM COUNTY — On Feb. 10, 1918, a group of miners in a cabin in the Galiuro Mountain Range wilderness awoke to find themselves surrounded by armed men. What took place next has been debated for 95 years.

Filmmaker Cameron Trejo aims to settle the controversy and reveal the real motivations behind the gun battle in his documentary “Power Shootout: An Arizona Tragedy.”

“It was just so intriguing to me that everyone I talked to was just so adamant about who was right (and) who was wrong,” Trejo said.

By the time the smoke had cleared, Graham County Sheriff Robert Frank McBride and deputies T.K. “Kane” Wooten and Martin Kempton were fatally shot, along with Jeff Power — the Power family patriarch.

The Power Brothers Shootout is infamous in Graham County and has spawned multiple books, including one written by Tom Power — one of the brothers involved in the shootout.

The deadliest shootout in Arizona history was either initiated by lawmen ambush or a family of near-do-wells bent on doing things their own way — depending on which side is telling the story. Those on the side of the law say the authorities were there to arrest Jeff Power and his hand Tom Sisson for questioning about the mysterious death of Jeff’s daughter, Ola May Power — who was allegedly admired by Wooten. The authorities say they were also there to take Jeff’s sons, John and Tom Power, in for refusing to register for the recently initiated draft for World War I. The Power brothers claimed they were turned away when they tried to register for the draft and that the lawmen ambushed them at their cabin at dawn with shots ringing out as they killed their father.

After the shooting, the Power brothers and Sisson went on the lam and initiated what was then the largest manhunt in United States history. They later peacefully surrendered to the United States Calvary and all three were subsequently found guilty of first-degree murder.

Sisson died in prison, but John and Tom were released in 1960 and were pardoned by Arizona Governor Jack Richard Williams in 1969.

Trejo told the Courier he initially became aware of the Power brothers’ story through his father-in-law who lives in the Gila Valley. While shooting in South Korea, he picked up Tom Power’s book, “Shoot-out At Dawn An Arizona Tragedy,” given to him by his father-in-law as something to read while waiting on the tarmac. Once he began, he was hooked and knew he had to make a documentary on the subject.

After two years and five trips to the still existing Power Brothers cabin, Trejo has amassed a nearly complete documentary film including multiple interviews from historians — including Graham County’s own Hal Herbert — family members and authors as well as a recreation of the shootout itself.

As well as the Power book, Trejo also read an account from the authorities’ perspective, “The Evaders or Wilderness Shoot-out: The Story of the Power Affair,” by Darvil B. McBride and “With Blood in Their Eyes,” by Thomas Cobb, the former Eastern Arizona College professor who also wrote “Crazy Heart.” Trejo also tapped Cobb as one of the people he interviewed for the documentary and has been assisted by EAC and its video production program and students who were involved as interns on Trejo’s sets.

“From a producing standpoint, the controversy was very intriguing to me because that’s what you want in a good story,” Trejo said. “You want two sides to the story.”

Trejo’s film has an anticipated release date this winter, and people may pre-order copies through a rewards program from an upcoming Kickstarter campaign to assist with final financing. More information and photos, documents and discussion about the film can be found at its Facebook page at https://www.facebook.com/ThePowerShootout.

When complete, Trejo envisions the film to have a life on the movie festival circuit and perhaps eventually be broadcast over public television, Netflix or The History Channel. Because it is an independent project however, potential distribution deals can be a lengthy process with no guarantees. A trailer released by Trejo has drawn the interest from public broadcasting Channel 8 in Phoenix and others.

“It’s an Old West shootout, so it has worldwide appeal,” Trejo said. “It very much deals with nationwide topics. I mean, we’re talking about draft evasion and sort of the progressive era and the way things were changing in our nation at that time. We really are looking to get a national audience.”

GRAHAM COUNTY — After a private screening in Klondyke, crowds overwhelmed capacity at two venues in Safford and Thatcher to view “Power’s War,…