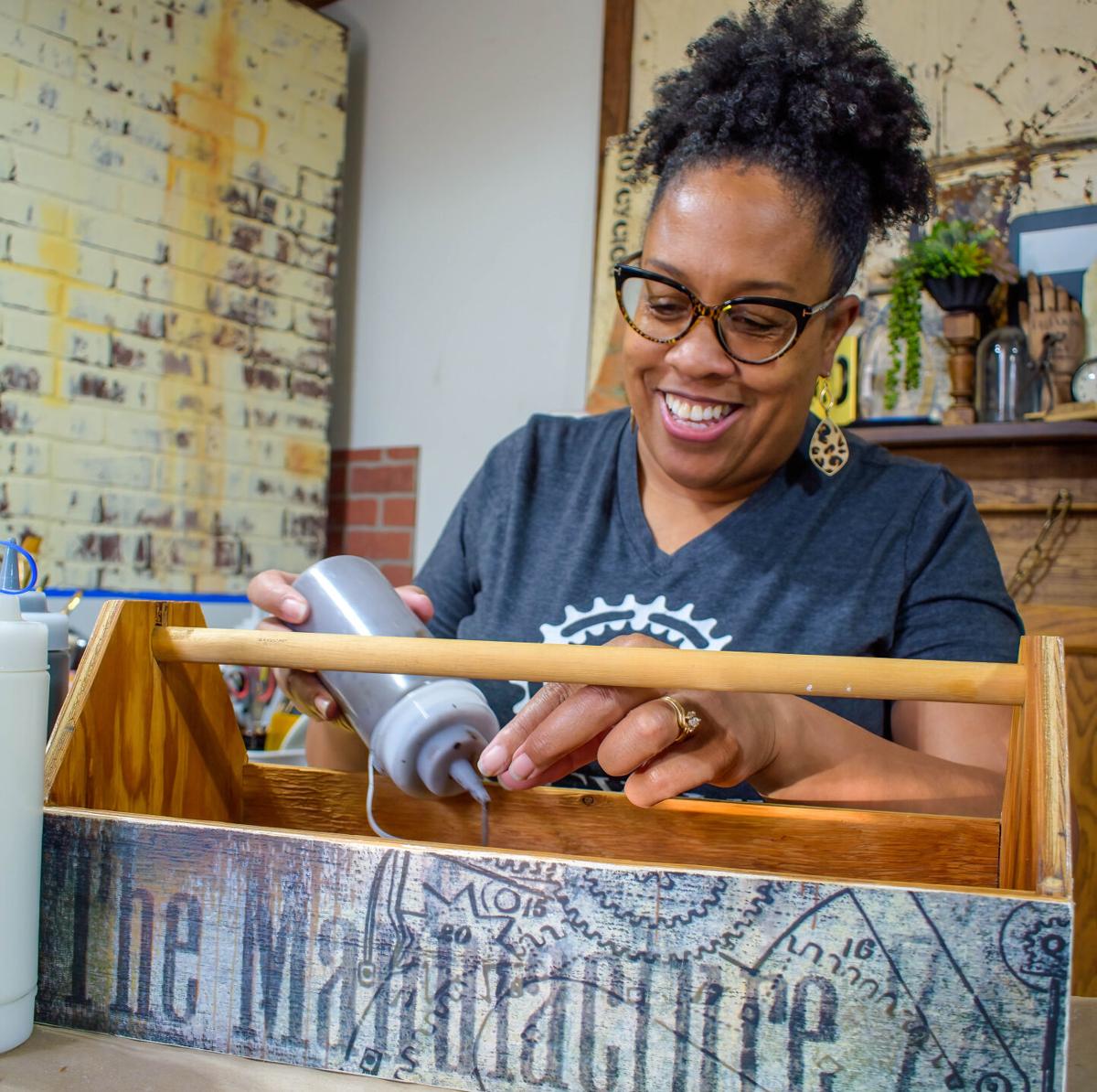 When Royce Hunt-Bell isn't volunteering, she is hard at work at Royceycled Treasures. She describes it as a creative business, specializing in designed decoupage papers. So far, 250 retailers sell her paper in Canada, the United States and Australia. 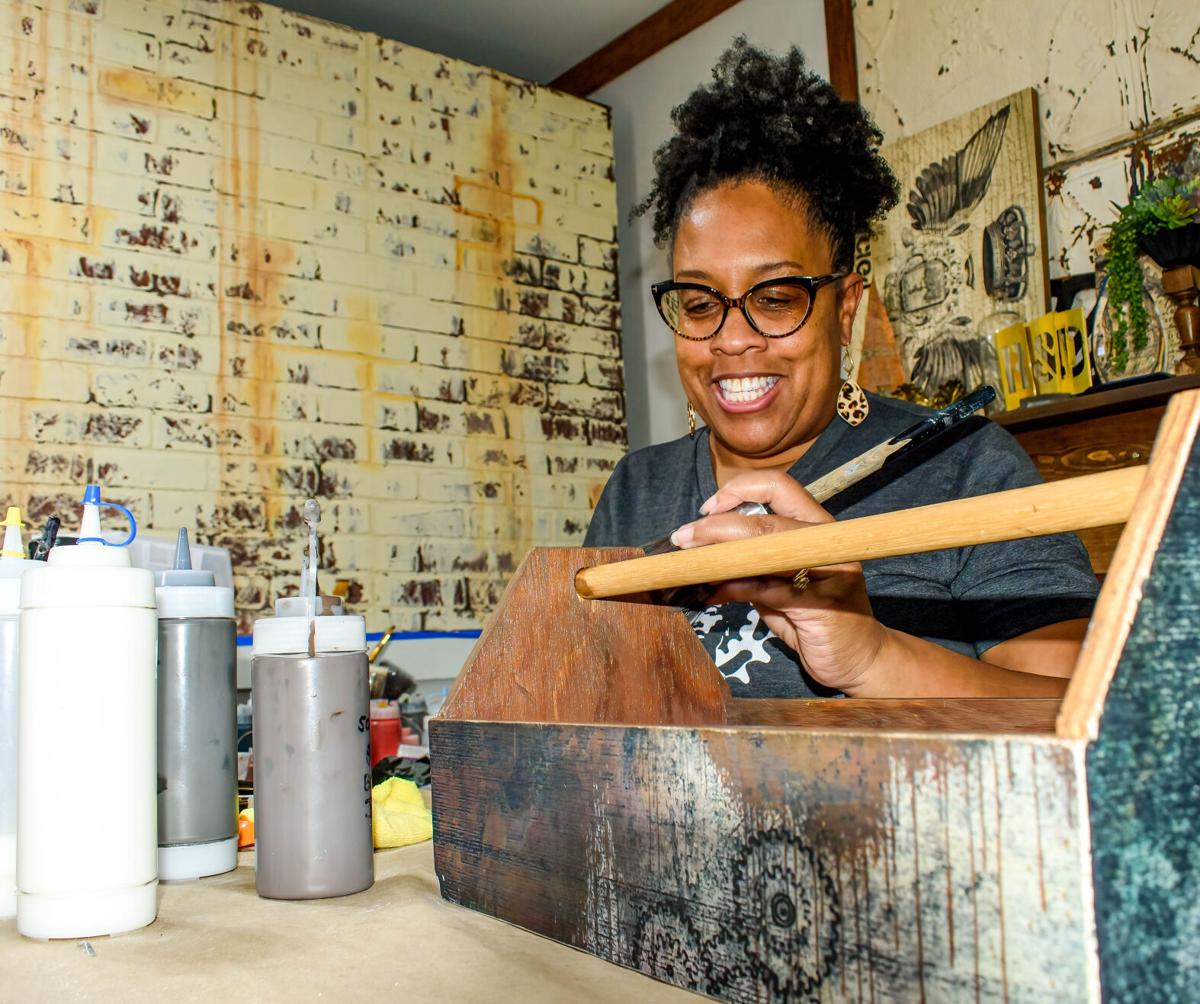 When Royce Hunt-Bell isn't volunteering, she is hard at work at Royceycled Treasures. She describes it as a creative business, specializing in designed decoupage papers. So far, 250 retailers sell her paper in Canada, the United States and Australia.

When Hunt-Bell, 51, was a child she tagged along with her grandmother, an avid volunteer, serving food or helping out in other ways.

So that's what she's been doing. Hunt-Bell, 51, is an active member of the Safford Lions Club and is on the United Way of Graham and Greenlee County Board, the Arizona Community Foundation board and the University of Arizona Extension Office Advisory Council.

Moreover, even though she stepped down from her leadership role at SEACUS after 13 years earlier this year, she still volunteers once a week at the senior center and eventually plans to join the South Eastern Arizona Community Unique Services board.

Stephanie Nabor, director of SEACUS, began working with Hunt-Bell in 2008.

“She always makes sure around the holidays that the seniors are served. Whatever she does, she makes sure the elderly are included and taken care of,” Nabor said. “She’s very passionate, strong-willed. She just has that personality and drives that if someone’s needs aren’t being met, she will find a way to do it.”

The SEACUS crew once received a phone call about an elderly homeless man living in his vehicle. Hunt-Bell facilitated getting his Social Security check issues ironed out, found him an apartment and gave him furniture, Nabor said.

In another instance, Hunt-Bell was notified someone couldn’t receive his Meals On Wheels for a week because a wash near his home was running too high for the car to cross. Hunt-Bell reached out to the Graham County Sheriff Office and deputies delivered the meals to him, Nabor said.

“I attribute her being able to do these things to the relationships she builds with people,” Nabor said. “Her true self, she has the heart to help those in need, and she does what she can to help the community.”

The elderly are among those who have the highest needs and Laura Dorrell, who serves with Hunt-Bell on the Graham and Greenlee County United Way board, said Hunt-Bell does her best to fill those needs.

“I think she’s brought advocacy to our elderly, and light to their needs and how we can better serve them,” Dorrell said. “She’s always advocating for them, and I think that is her biggest contribution.”

Hunt-Bell has been able to better serve the elderly and whatever other nonprofit she embraces due to her networking skills, Dorrell said.

“I’m excited for her on her new journey,” Dorrell said. “She’s not leaving, she’ll still be a part of our community and I’m happy about that.”

Many people ask her how to get started volunteering, Hunt-Bell said. She tells them serve where they live. If you see that your children’s soccer team needs water and snacks, coordinate to bring them. Places you routinely visit may need assistance, step up to make the difference, she said.

There are so many ways for the community to volunteer, Hunt-Bell said. Whenever anyone speaks up and asks for action, be that action, she said.