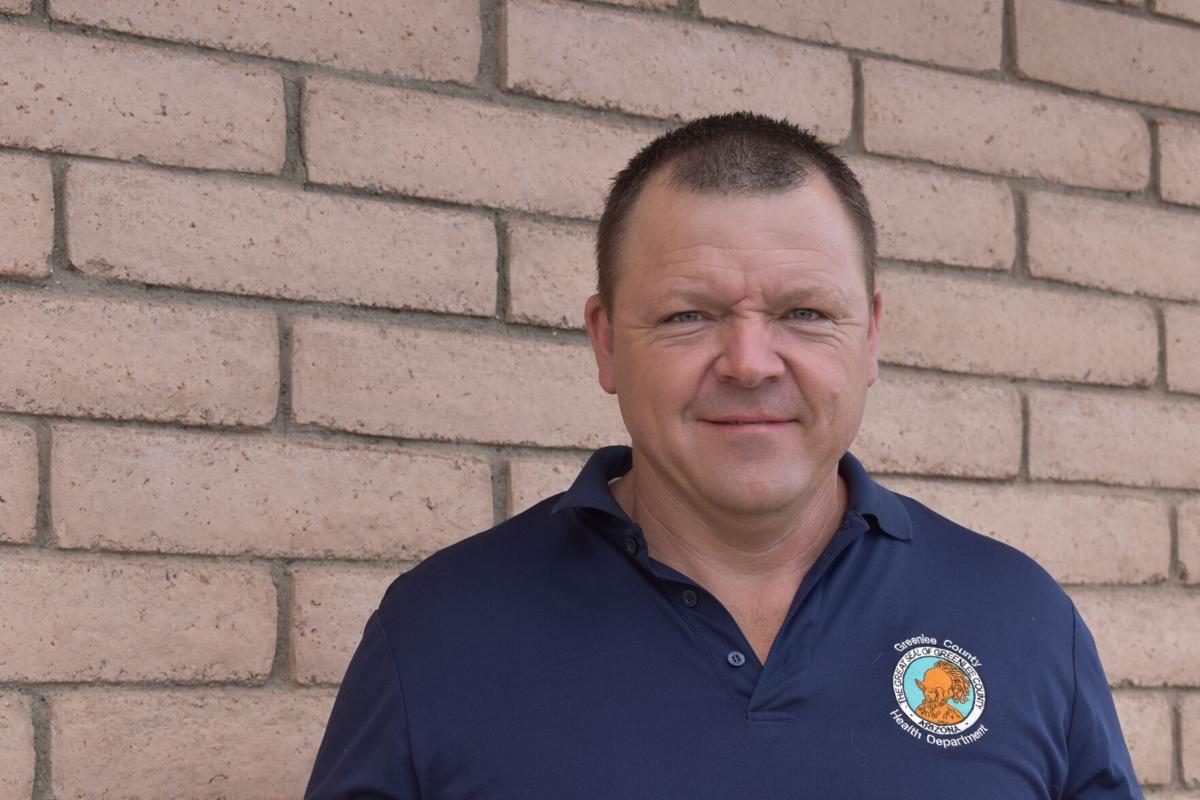 It's been one year since COVID-19 arrived in Greenlee County, infecting more than 500 residents and taking the lives of several residents. Several officials are convinced the numbers would have been much, much worse had it not been the actions of a handful of people, including the county's epidemiologist Matt Bolinger and Gila Health Resource physicians assistant Amanda Gray.

The pair of them worked together to spread the word on the importance of masks, coordinated the COVID-19 testing of hundreds of residents and arranged for hundreds to start getting the vaccine. Bolinger also did much of the contract tracing for the county, thus helping to mitigate the spread of the virus, officials said. During the worst days of the pandemic, they put in 10-hour days for days on end.

"He’s done an incredible job of organizing and personally doing much of the contact tracing of cases and that’s really the main public health measure we have to react to illness and try to mitigate the spread," said Dr. Fred Fox, medical director for the Greenlee County Health Department. "He’s been working incredibly long hours doing that."

Bolinger, who also saw the county through outbreaks of whooping cough and swine flu, recognized the need for face masks days before the U.S. Centers for Disease Control began urging Americans to don them, Gray said. He came to her and asked her to head up a mask-making effort. She spread the word and eventually more than 12,000 homemade cloth masks were made.

"I collected them, washed them and set up all of the drives to distribute them," Gray said. "Matt and I have a very good relationship. He is definitely very smart and on top of everything. It was his idea and I just made it happen."

"He really recognized, from the very beginning, I think before anybody, the threat COVID had to our communities and so he was able to kind of get us thinking in that direction and preparing us with our PPE and things like that from the very beginning," Dorrell said. "It was really helpful because we started procuring some PPE and we got ahead of that rather than falling behind like so many other places did. I really appreciate that he was able to do that."

Bolinger also made sure her staff knew they didn't have to clean with expensive products, that bleach would do, Dorrell said.

Despite the potential for push back, Dorrell said Bolinger was not afraid to speak about COVID-19 and "not in the fearful way, but more of a preparatory way."

Greenlee County Administrator Derek Rapier said Bolinger was on top of things from the very beginning.

"Matt is a voracious student of his profession and I don't think there's ever been a single issue that popped up on the news from mask wearing to vaccines to distancing to hand washing to any of it that I didn't hear from him at least a week or two or more before I heard it anywhere else," Rapier said.

Bolinger's long-established relationships with Gila Health Resoruces, the school districts and Freeport McMoRan also were of huge benefit during the pandemic, Rapier said.

"He's had a unique ability to work with folks who don't agree with mask wearing and the belief that things should be shut down or whatever. He's just been remarkable and he doesn't want his name or his face out there," Rapier said. " I think he's single handedly had a huge impact on mitigating the impact in Greenlee County."

Bolinger's impact has been felt outside of COVID-19, too, Rapier said.

He used to be responsible for health inspections and continues to mentor the current inspector, he said. He's also makes sure various programs keep running smoothly, including those involving home health visits and pregnancy prevention.

Bolinger was equally as effusive about Gray as she was about him.

"Amanda is a total hero in Greenlee County. I was just telling her big projects get dumped on her because she gets things done and that’s why she inherited the big shot clinics here in Greenlee," Bolinger said. "She’s a go-getter, she's very smart."

"Amanda gets things done. She’s always had a positive attitude about making forward progress and she’s a huge reason why Greenlee County has the lowest rate per capita in the State of Arizona for COVID cases," Bolinger continued. "She’ll also end up being one of the reasons why we will more than likely will vaccinate our people sooner than a lot of other places."

"As a provider Amanda has incredible skills, but her organizational skills and her willingness to immediately problem solve are outstanding," Fox said, also pointing out the fact Gray took to Facebook to bust myths and educate people about the virus.

Although she usually spends a great deal of time traveling with her husband and four kids, Gray said that all came to a halt when the pandemic struck.

She was pleased to be able to help her community and the day the vaccine arrived was a huge day for her, she said.

"It was all for a good cause and seeing people’s faces when they’re so happy, like Oh my God it makes my heart happy. It’s the reason why I joined medicine," Gray said. "I felt the same way when I got the vaccine. I felt like there’s a light at the end of the tunnel. I felt like my life can get back to normal eventually. I almost wanted to cry I was so happy."