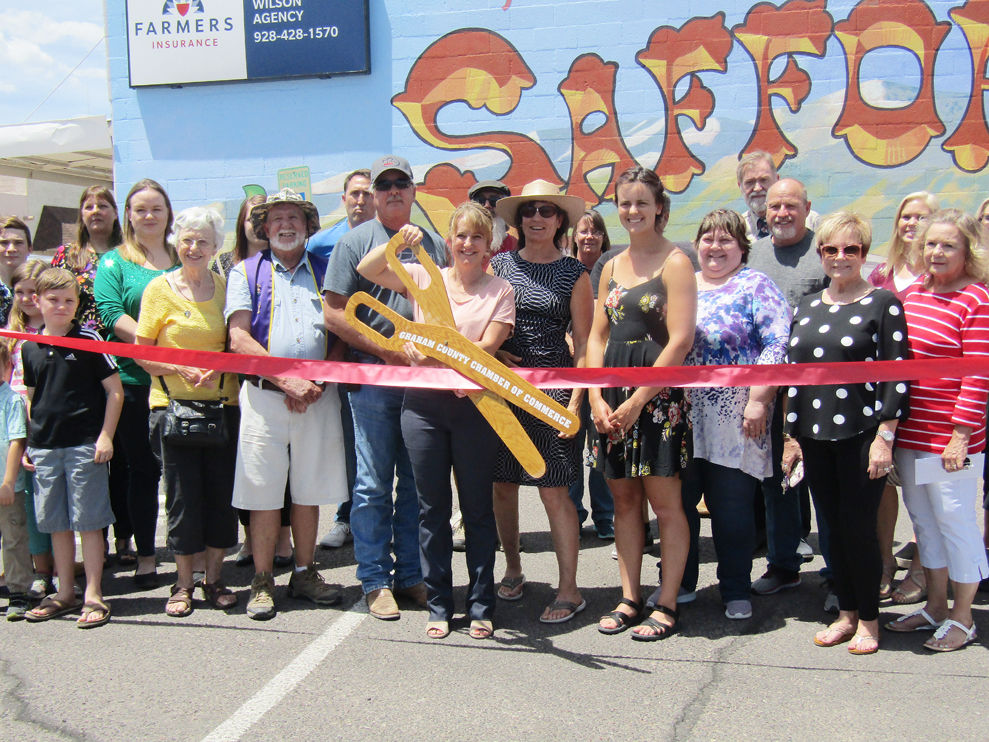 Michelle Wilson, of Farmers Insurance, gets set to cut the ribbon for the completion of her building’s mural. 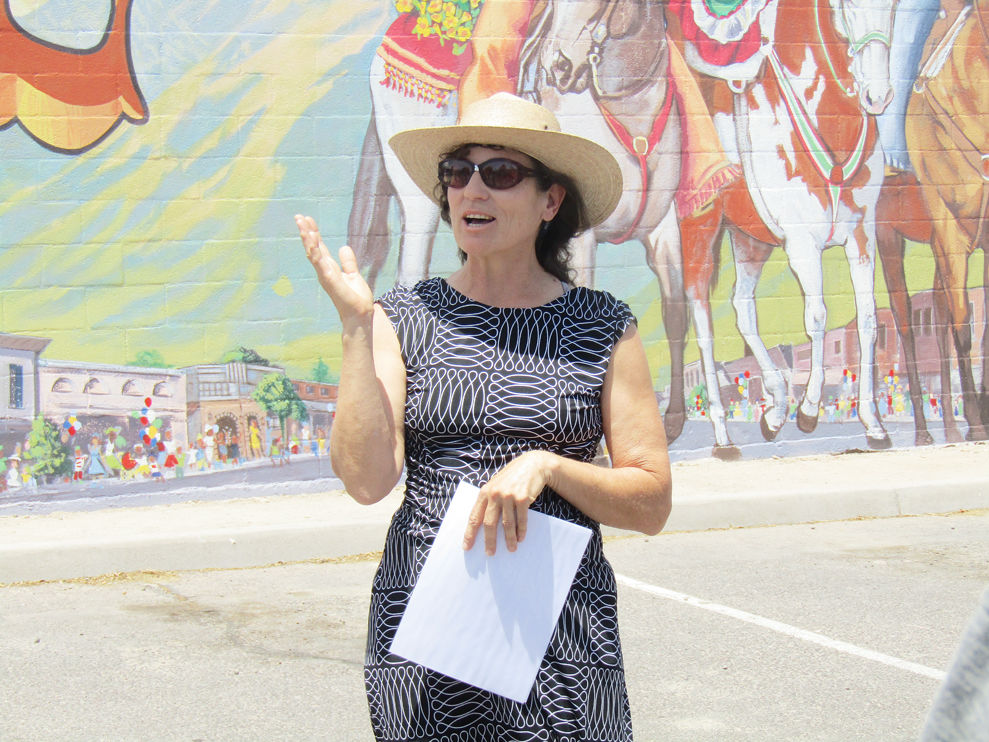 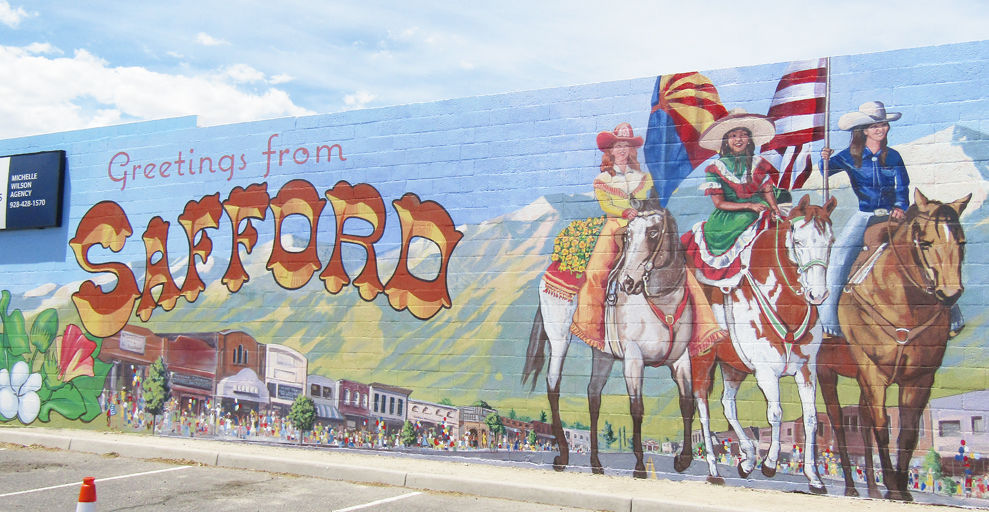 The first of many murals to come in Downtown Safford graces the wall of the Farmers Insurance building on Main Street. 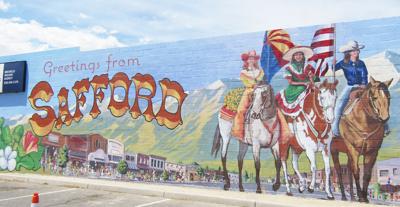 Michelle Wilson, of Farmers Insurance, gets set to cut the ribbon for the completion of her building’s mural.

The first of many murals to come in Downtown Safford graces the wall of the Farmers Insurance building on Main Street.

SAFFORD — The Downtown Safford mural program got off to a fine start Wednesday morning, with a Graham County Chamber of Commerce ribbon-cutting to mark the first mural’s completion.

The new artwork, which honors cotton, copper and cattle, and depicts a joyful parade crowd along Main Street, went up on the east wall of Farmers Insurance. The ribbon-cutting honors went to Michelle Wilson, of Farmers, who thanked the Safford Downtown Association for its role in the mural program.

“Michelle’s been thinking about this for a long time, and we’re glad to make it happen,” said SDA Board President Danny Smith.

The Farmers Insurance mural was created by Tucson artist Amy Novelli, with the assistance of local artist Michaela Dannenbrink.

“It seemed like this wall — and I’ve been through here once or twice — would make such a great postcard,” Novelli said. “And I thought the cotton, copper and cattle would be super fun to try to fit in. I try to give towns as much of what they’re looking for as possible.

Novelli, who earned a master’s degree in Fine Arts from Carnegie Mellon University, has created murals in Ohio, Pennsylvania, Tucson and Lake Havasu City. She has also been a public art instructor in Tucson, Sahuarita and Oro Valley, and a scene artist with the Arizona Theatre Company.

“The thing I love best about doing murals in different places is getting to know the towns and the people in them,” Novelli said.

“This was actually my first time doing a mural,” said Dannenbrink, who worked beside Novelli at the Arizona Theatre Company. “Amy chose me to be her assistant because we worked together painting sets. So I’m used to working large-scale, but I’m not used to working outside or on an upright surface. It was definitely challenging, but it was so much fun.

“I think I spent 70 hours working on this mural, and I did everything from the lettering to the cattle. We sort of collaborated on most of it, and I really liked her design. I liked all the colors that she chose. It was fun working with someone that wanted to do such a bright mural. I definitely want to design my own soon and paint my own, so I really enjoyed this.”

Smith said this was the first of many murals, with a second planned for the Souder Miller Building at 5th Avenue and Main Street. Work on that mural, by the Eastern Arizona College Art program, is expected to start in the fall.