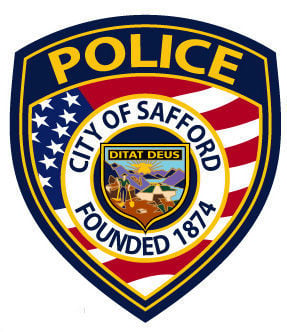 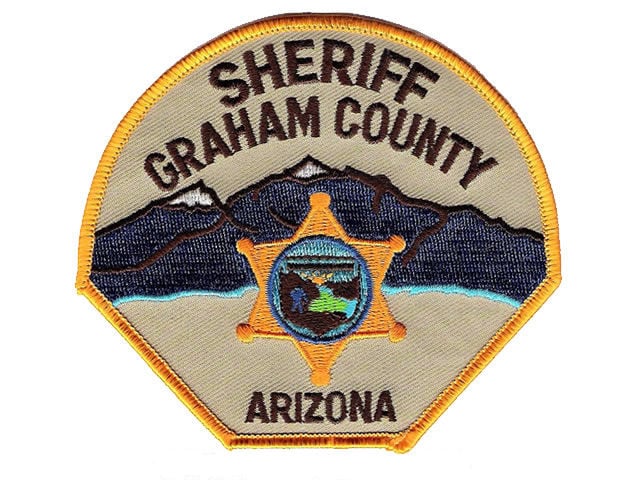 SAFFORD — The Arizona Department of Public Safety (DPS) has opened an investigation into a case in which an arrested female subject made allegations against a Safford Police officer and a Graham County detention officer.

On Dec. 21, Simms, 28, was contacted by Safford Police in relation to an allegation of shoplifting. It was found she also had an outstanding warrant for her arrest for theft from Yavapai County. She was taken into custody and booked into the Graham County Jail.

On Dec. 23, Simms made the allegations about the conduct of the arresting officer. Safford Police then requested that DPS conduct the investigation into Simms’ allegations.

While the nature of the allegations was not disclosed in the release, Safford Police Chief Joe Brugman told the Courier on Saturday, Dec. 28, that “a sex assault kit with DNA had been used and DPS has the kit in its possession. To our knowledge, the kit has not yet been processed.”

According to the GCSO release, on Dec. 23 Simms was transported from the jail by Safford Police Department personnel for a “specialized exam.”

Safford Police announced an officer was placed on paid administrative leave pending the results of an investigation stemming from Simms’ allegations. In the Safford Police press release, the department announced the unnamed officer had been placed on leave effective Dec. 24.

Simms was returned to Graham County Jail on Dec. 24. In the evening, she reported being sexually assaulted that morning by a detention officer while being dressed out. Two days later, it was arranged to transport Simms to a Sierra Vista advocacy center for a specialized examination. She was taken there by a GCSO deputy and a detention sergeant; according to the GCSO release, the vehicle was a Ford Explorer.

According to the GCSO release, after the initial exam a medical professional at the center recommended taking Simms to Mount Graham Regional Medical Center, which had equipment not available at the center. They were reportedly northbound on 20th Avenue, near the hospital, the officers riding in front and Simms in the rear, when she allegedly opened the door and jumped out. Simms had reportedly removed her handcuffs, belly chain and ankle restraints.

The release stated that, according to the investigation, GCSO staff had loosened the ankle restraints after Simms complained they were causing pain; a small tube of shower gel with an open cap was found in the rear, as were Simms’ jail-issued shoes; and the child-proof lock on Simms’ side had been switched to the off position. The shower gel was reportedly the same type used at the Sierra Vista advocacy center, and was reportedly kept in the restroom Simms used while there.

Simms incurred life-threatening injuries, including a severe head injury, in the incident. Crystal Barnett, who identifies herself as Simms’ aunt, posted on social media Saturday, Dec. 28, photos of Simms in a Tucson hospital bed, saying Simms “is expected to take her last breath tonight.”

The Courier’s attempts to contact Barnett were not immediately returned.

According to the GCSO release, DPS conducted the initial on-scene investigation with assistance from the Sheriff’s Office. The DPS Investigation Division, out of Phoenix, will examine the events involving Simms.

Graham County Sheriff P.J. Allred said he could not comment further on the case due to the ongoing DPS investigation.