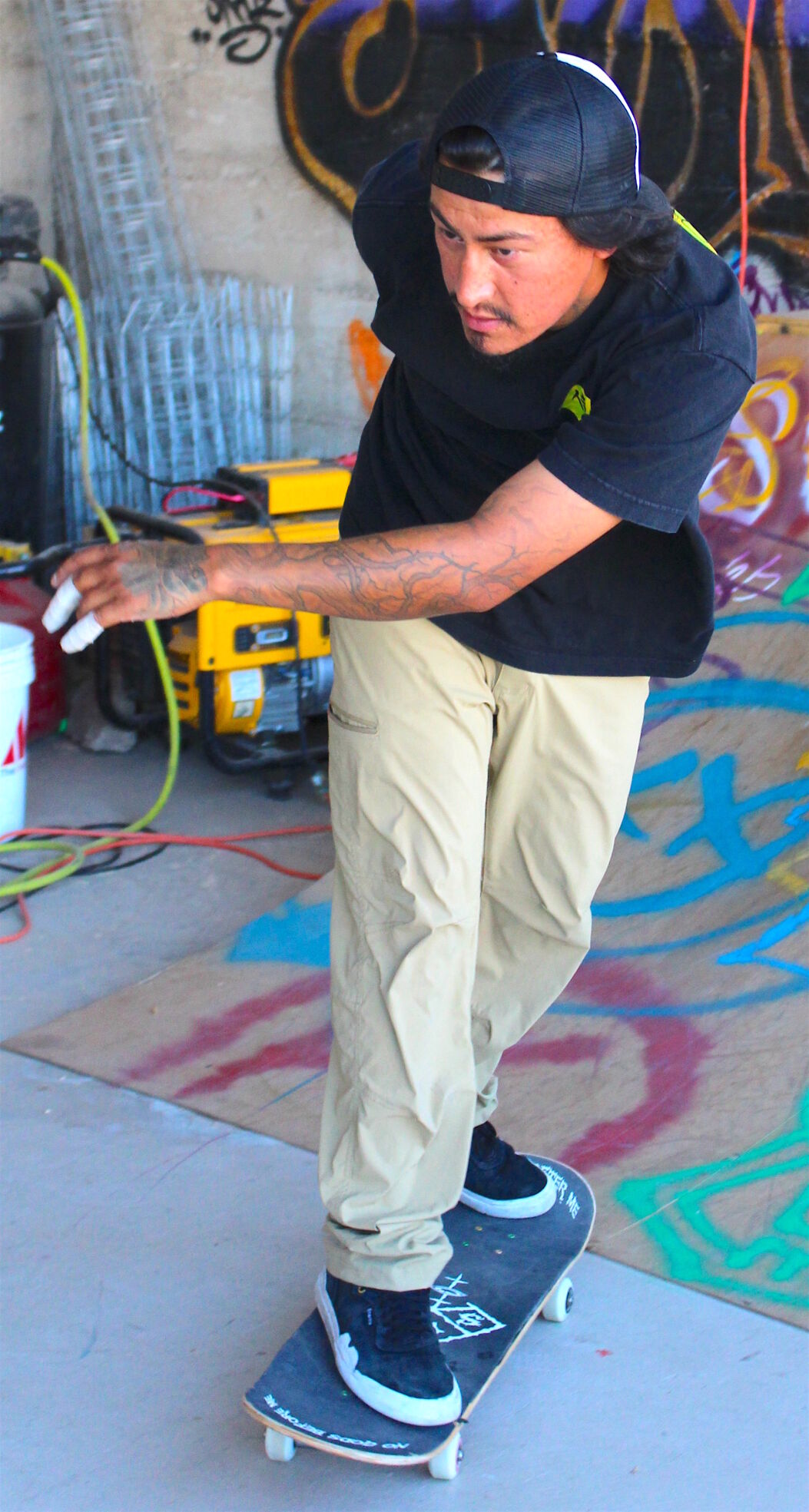 Chris Archuleta is local skateboarder who is sponsored by the Godless Skate Company. He'll be competing Saturday in Thatcher.

Scott Ellis, 13, performs a jump at the Cheecharrone SK8 Shop. 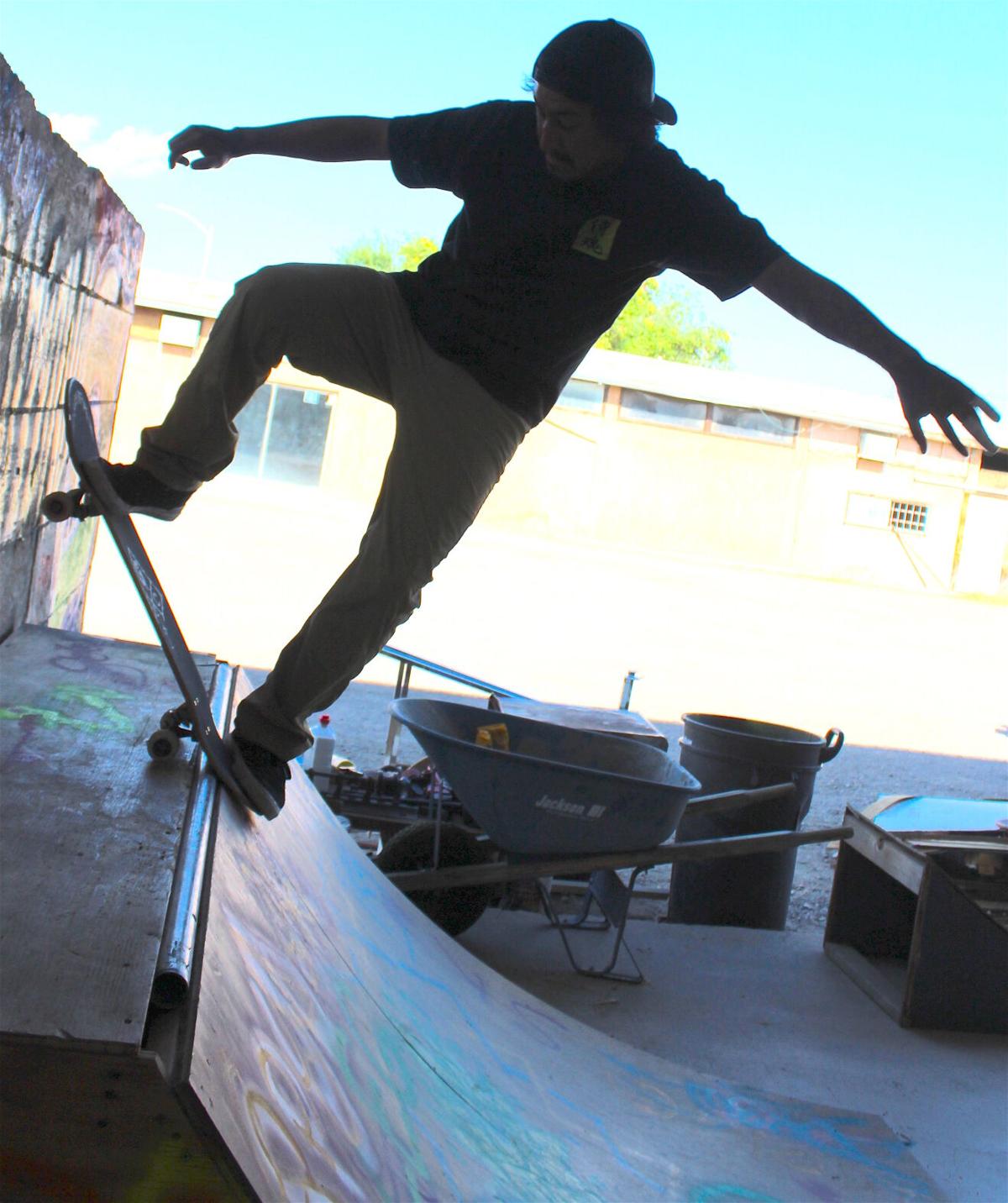 Chris Archuleta is local skateboarder who is sponsored by the Godless Skate Company. He'll be competing Saturday in Thatcher.

Scott Ellis, 13, performs a jump at the Cheecharrone SK8 Shop.

Gila Valley residents unfamiliar with the thrill of skateboarding competitions will have an opportunity to see the action for themselves Saturday in Thatcher.

Jared Rios, owner of Cheecharrone SK8 Shop in Safford, has organized a 12-hour event at the Thatcher skate park, 3883 West Ballpark Road. Roughly 40 skateboarders will be competing from noon until 10 p.m. as nine bands perform, vendors offer their wares and food is served. There will also be an art competition taking place during the event.

Rios, who hopes the free event will become an annual tradition, said up until now only small competitions have been held in Graham County.

“I wanted to do something this town has never seen before when it comes to skateboarding,” he said.

Rios, who started skateboarding at 5, wants to promote the skateboarding lifestyle in the community. He loves every aspect of the sport.

“It’s my passion. It’s a lifestyle, not a hobby,” he said. “For the most part, skateboarders stick together. Skateboarding encourages you to be who you want to be. Be you. Skateboarding is freedom.”

Also, Rios said skateboarding is a healthy outlet for teens and youngsters to express themselves, learn discipline and make new friends. The skateboarding lifestyle can keep teens out of trouble and help them make healthy choices.

“It helps kids learn how to deal with fear and adversary,” he said. “It teaches them comradery and how to be themselves.”

Safford resident Chris Archuleta, 28, has hopes of becoming a professional skateboarder and will be competing at the event. The Godless Skate Company was so impressed with his skating they recently decided to sponsor him. They’re paying him to wear their merchandise while he participates in competitions and has his photo taken.

He’s been skateboarding since the age of 8, and says he loves the feeling of accomplishment as he hones his skill as a skateboarder.

“I’m nervous but it’s very exciting. I think it’s going to be a good experience, especially for all the kids around here who get to see a local sponsored skaters skate and also other people coming down from out of town who are really good,” he said. “I’m hoping this competition will show Graham County that skateboarding is a good thing, it’s not just full of punks and vandals.”

“People look at me, my tattoos, and the way I look, and they think I am just ruining property and I don’t care. They think of skaters as destructive and punk-ish, and that’s not how it is. It’s a great community,” he said. “Instead of these kids doing drugs, and doing all this other stuff like breaking into schools, they’re skateboarding with their friends. It’s good. It’s good it’s getting recognized, I think it’s good for Graham County.”

The first place winner in the skating competition will win $500 and other prizes will be awarded as well.

For more information about the competition, contact Cheecharrone SK8 Shop in Safford at (928) 322-2908