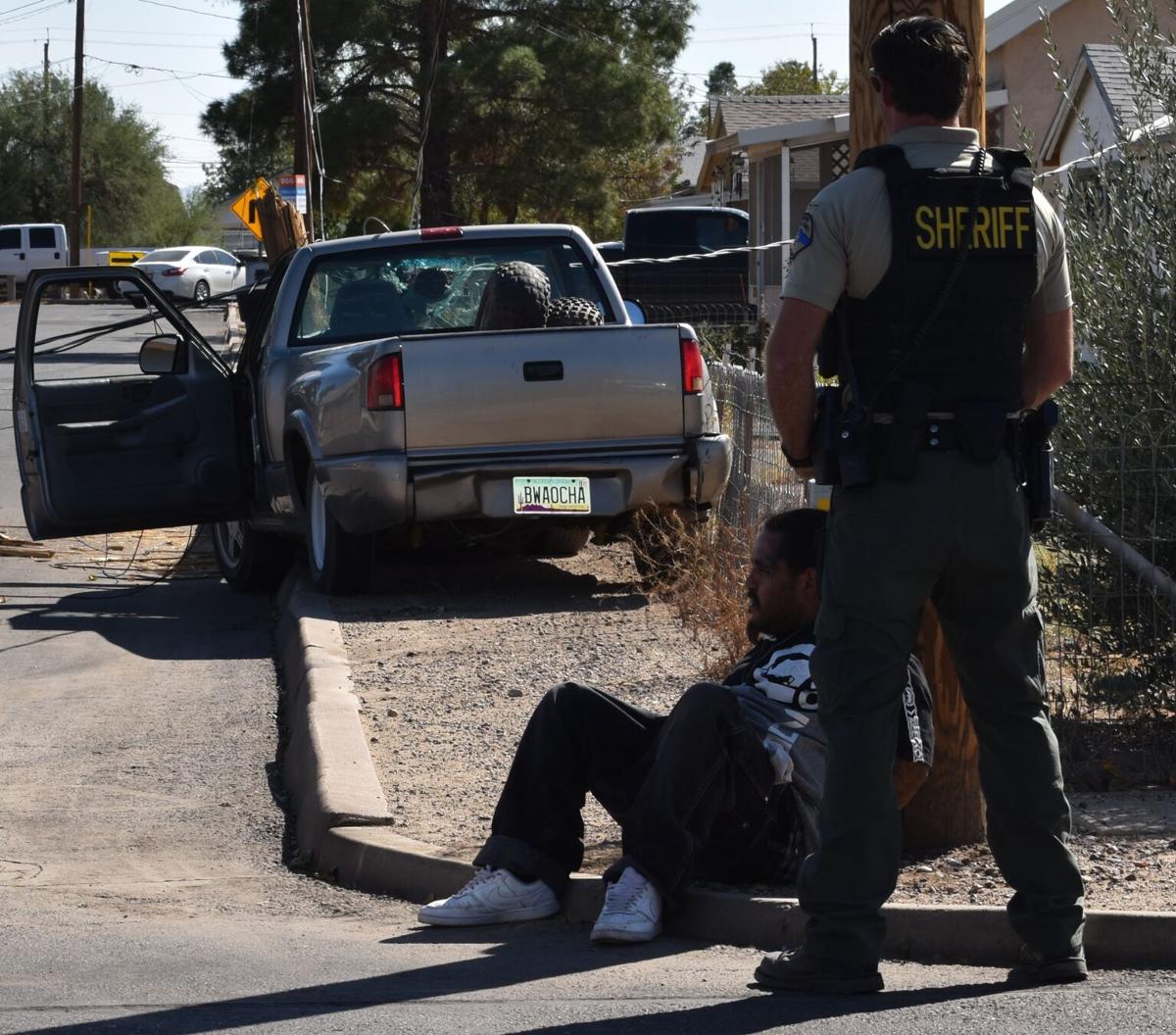 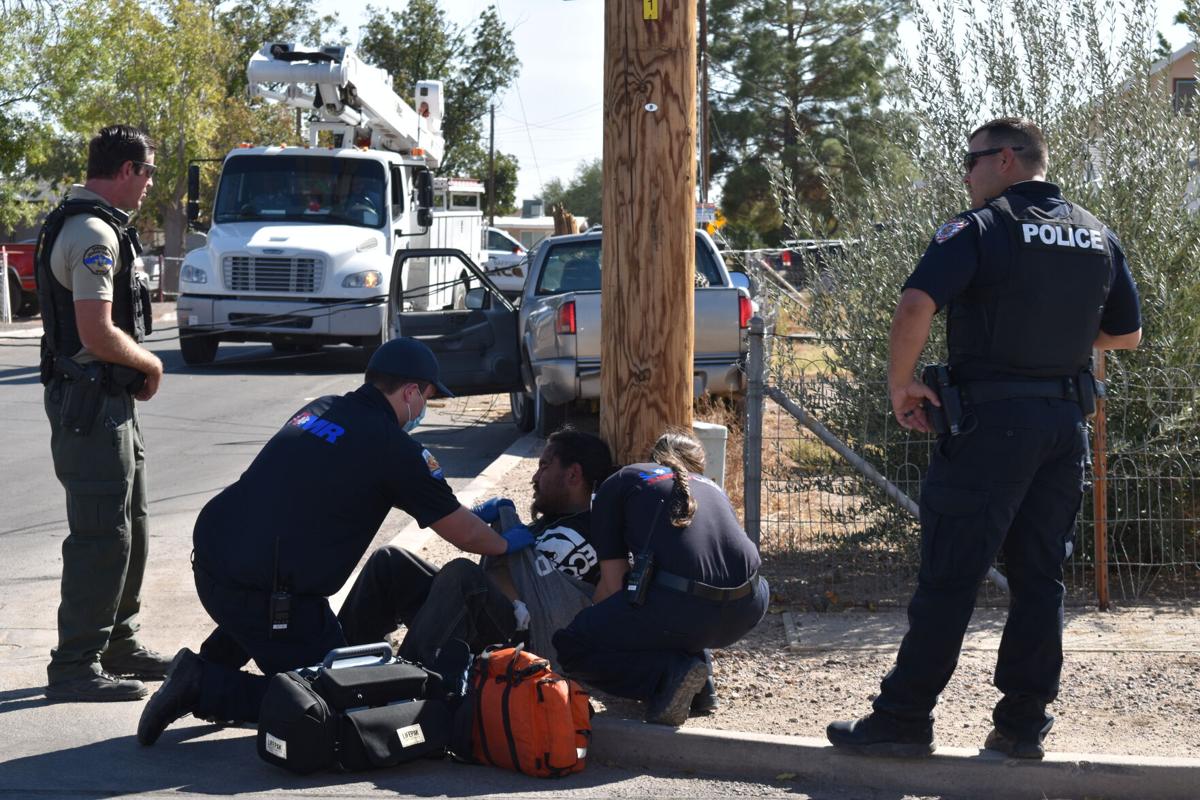 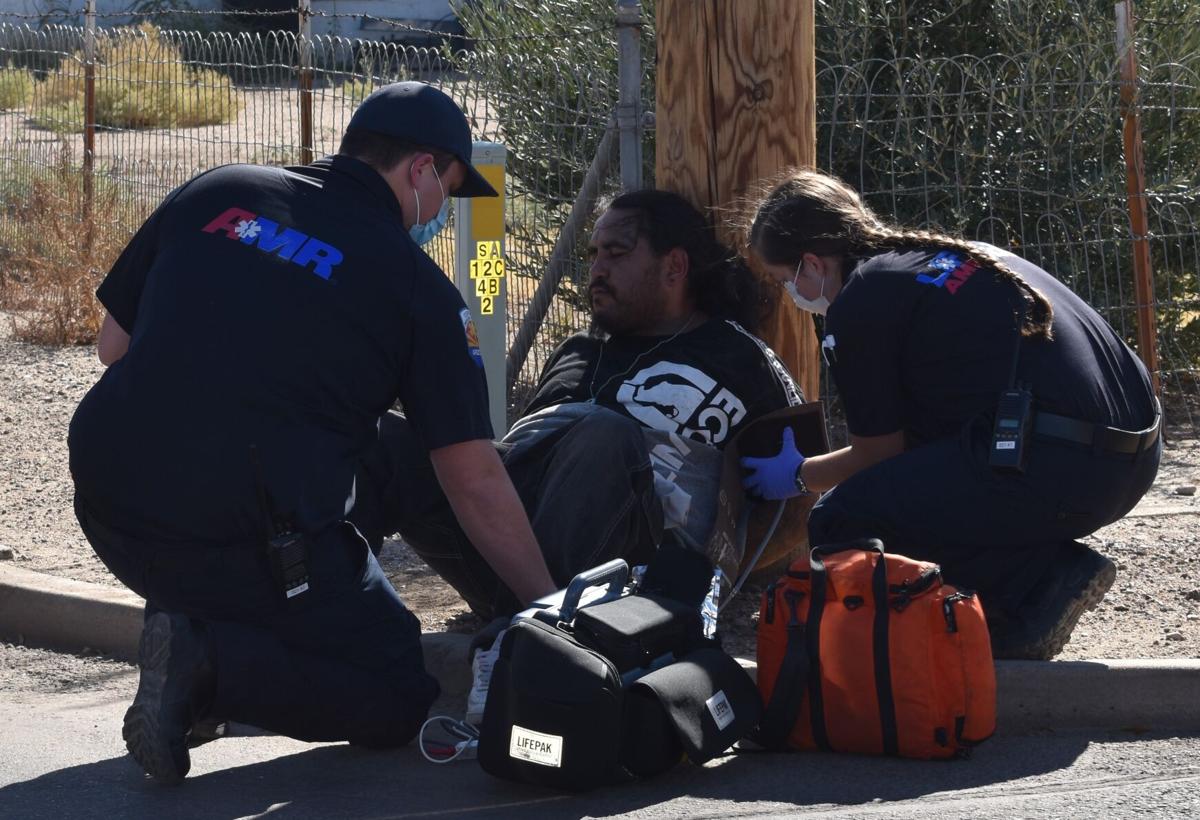 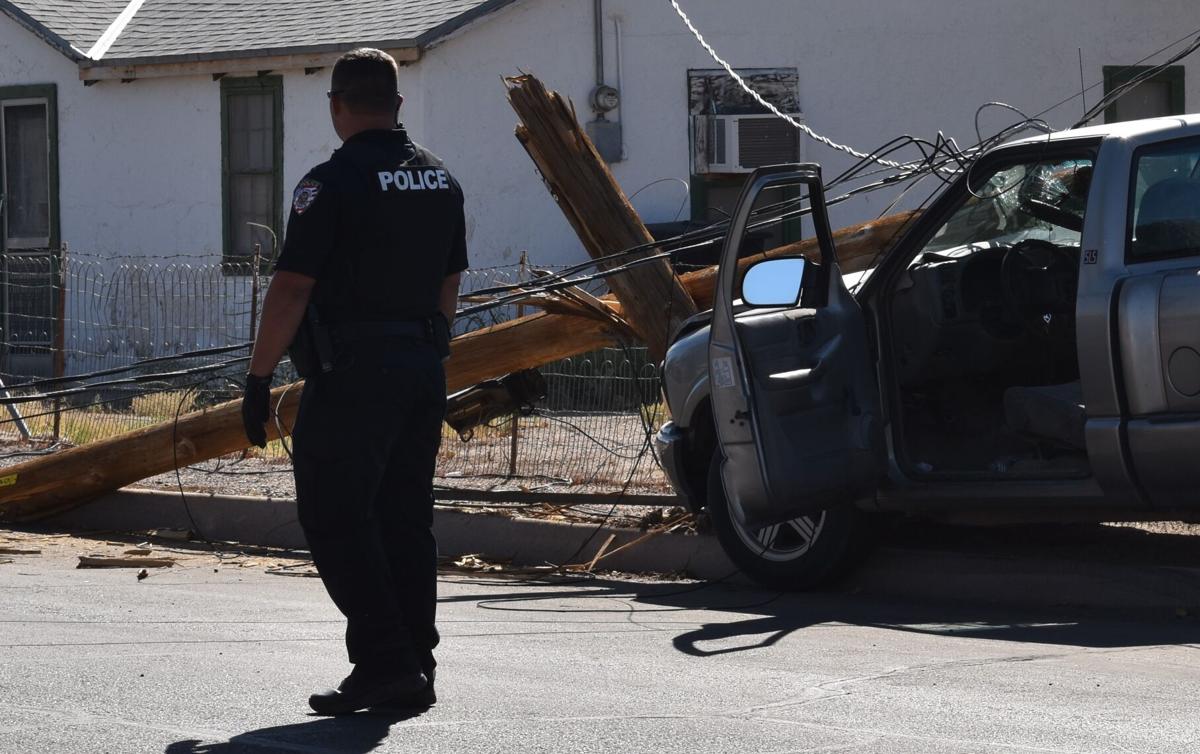 A 32-year-old Solomon man who was wanted on a warrant fled police Oct. 14 but ended up in jail anyway after he crashed the pickup he was driving into a telephone pole.

Safford Police Captain Brian Avila said an officer saw Jesus Vasquez, 32, at a convenience store on Highway 191 and knew he was wanted on a warrant for driving under the influence.

When the officer tried to pull Vasquez over, he fled and ended up crashing into the pole at West 12th Street and South Second Avenue, Avila said.

Two people in the vehicle with Vasquez fled on foot, but Vasquez was detained at the scene, Avila said.

Officers were unable to conduct a DUI investigation because Vasquez complained of chest pains and refused to submit to a blood draw, Avila said.

After Vasquez was checked out at the hospital, he was booked into the jail on the warrant, Avila said.

He is also facing potential charges of fleeing from a law enforcement officer, resisting arrest, criminal damage and driving on a suspended license, Avila said.