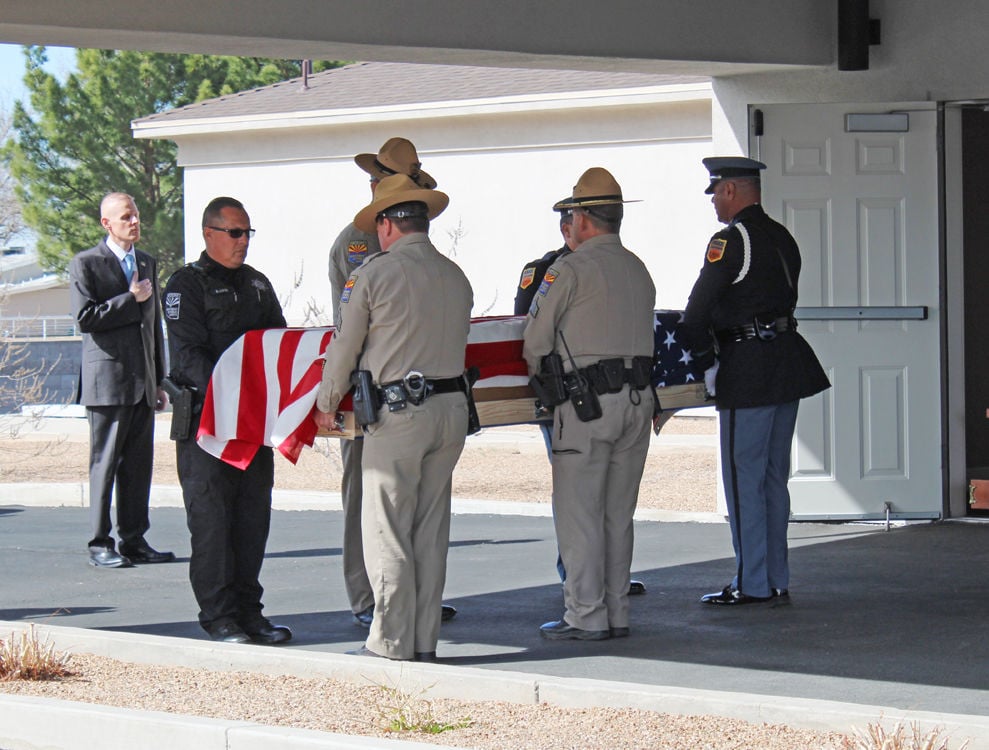 The body of El Paso, Texas, Police Detective Richard Allbee was placed in a hearse to transport him to the airport. 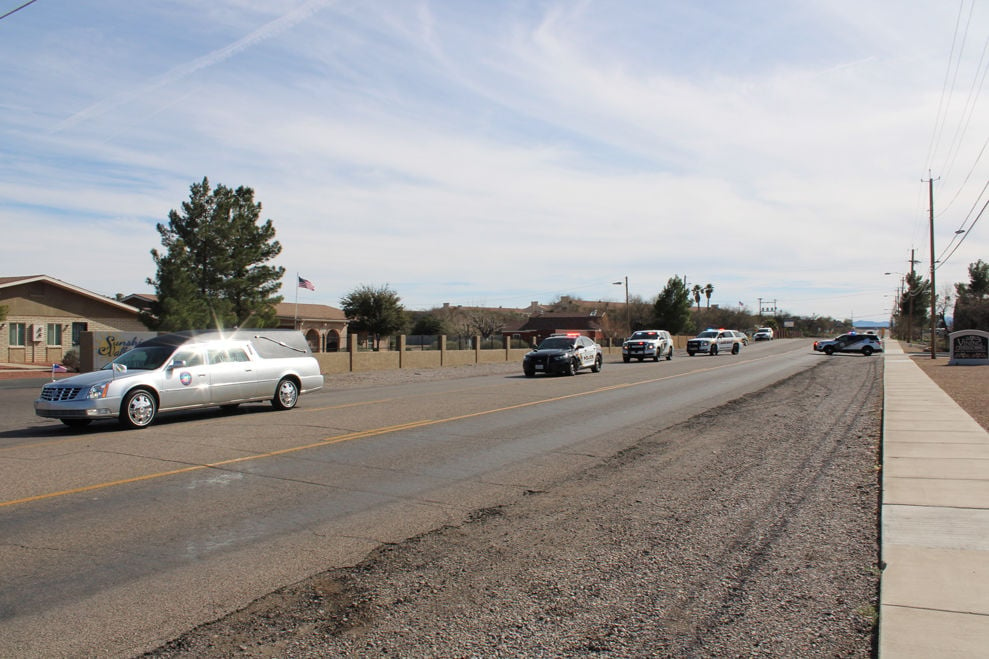 The hearse, with local law enforcement vehicles behind, travels to Safford Airport.

SAFFORD — First responders from across the area showed their respects for a law enforcement officer killed while traveling the area off duty.

A funeral procession of area first respoonders escorted the body of El Paso, Texas, Police Detective Richard Allbee on Friday, on its trip to Safford Airport for transport to his final resting place in Texas.

Allbee was killed Sunday, Feb. 9, while headed home on U.S. Highway 70 in Bylas, when a truck headed westbound crossed the certerline, smashing into Allbee’s vehicle head-on.