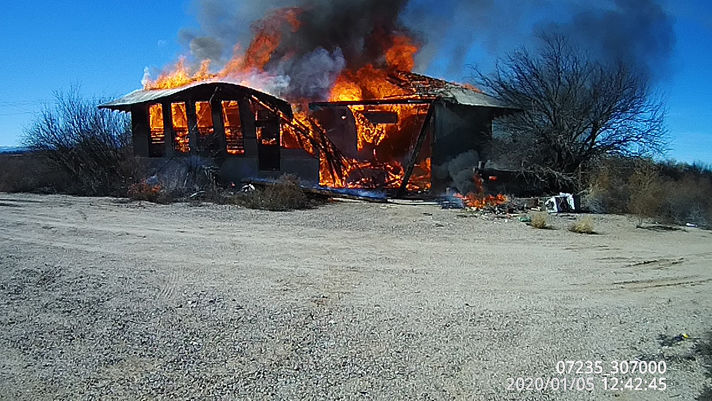 Flames engulf the former Redlands school building in Ashurst on Sunday, Jan. 5. The fire is under investigation by law enforcement. 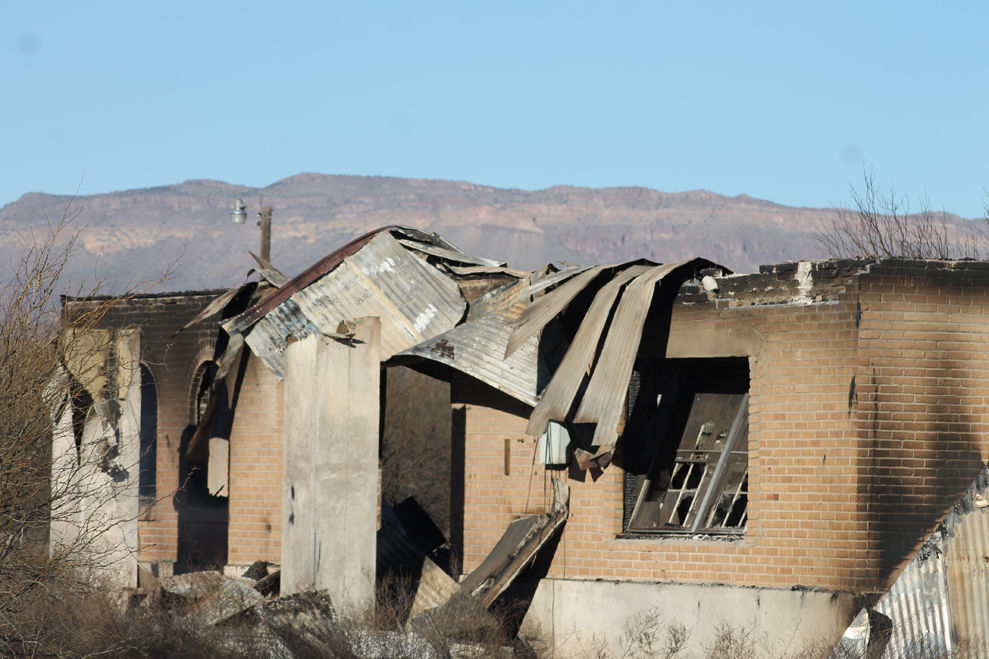 The former Redlands school in Ashurst after a Sunday, Jan. 5 fire. The fire is being investigated as suspicious.

Flames engulf the former Redlands school building in Ashurst on Sunday, Jan. 5. The fire is under investigation by law enforcement.

The former Redlands school in Ashurst after a Sunday, Jan. 5 fire. The fire is being investigated as suspicious.

ASHURST — At half past noon Sunday, Jan. 5, flames engulfed the former Redlands school building on Highway 70 in Ashurst. A burning vehicle was reportedly found in the building, and an arson investigation is underway.

The Graham County Sheriff’s Office and Pima Police Department responded to the scene, along with the Fort Thomas Fire Department.

According to a Graham County Sheriff’s Office report, a witness observed smoke coming from the structure, informed the property owner and went to the building, where he saw a burning car inside. The fire reportedly spread quickly from the car to the school building, which was fully engulfed in flames when a deputy arrived.

The Fort Thomas Fire Department put out most of the fire, and reported finding no injured persons. The witness said he saw no one in or leaving the area. Two possible acceleration marks, partially driven over, were observed leading to the northeast of the building.

The property owner said the building had not been used in some time, and that no vehicle should have been inside. He added that there had been electricity to the building, for a GPS antenna on a tank north of the school, but there was no gas or water. The owner told officers he wished to be a victim of arson and criminal damage.

The car was removed from the building and towed to the Graham County Highway Yard; a metal can was reportedly found where its backseat had been. The car’s VIN returned to a 2012 Nissan Maxima registered to a Safford couple. Deputies unsuccessfully attempted to contact the registered owners at their residence.

The former Redlands school was designed by the Phoenix architectural firm Lescher & Kibbey, who also designed the current Graham County Courthouse. Before coming into private ownership, the building was the site of an LDS church.