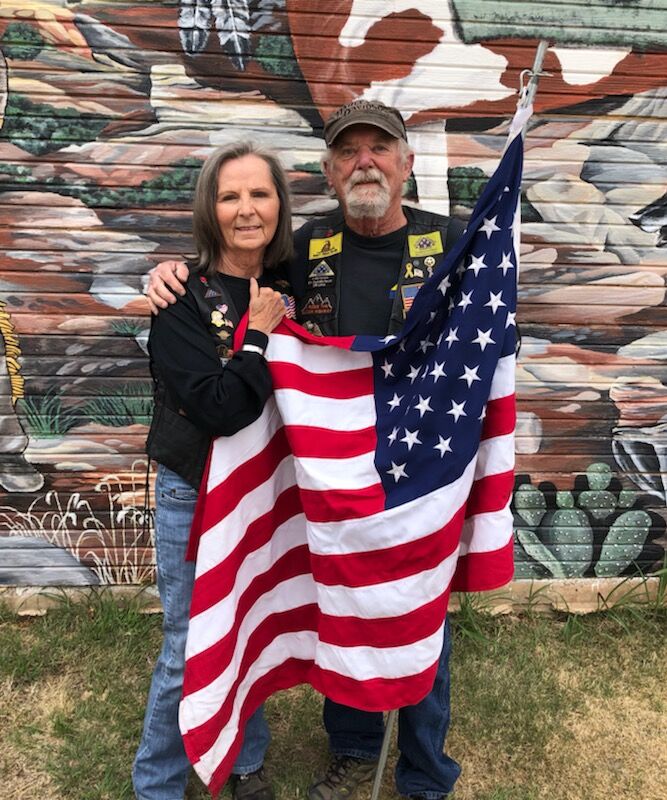 Max and Beth Sunderman of Vega, Texas are on a hunt to find a missing veteran's family. 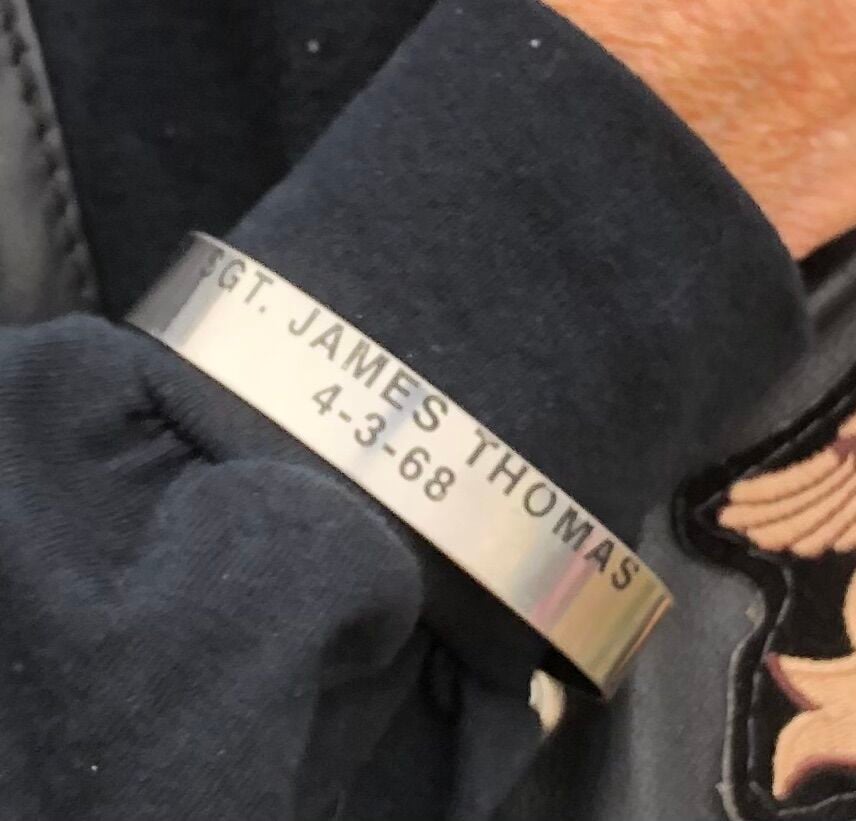 Max and Beth Sunderman of Vega, Texas are on a hunt to find a missing veteran's family.

It was 1970, and Beth Sunderman was a year out of high school, attending West Texas State University as more than 300,000 American soldiers fought in Vietnam.

Three students began to make metal bracelets to remember servicemen and Beth remembers buying one for $2.50.

“It was just out of concern,” Beth, 69, said. “It was a difficult time in our country and there was a lot going on and I think I was sensitive to that.”

“I remember I wore it for a long time,” Beth said. “I wondered many times about this young man over the years.”

Years went by and Beth and her husband, Max, who live near Amarillo, Texas, remember reaching out to the government a couple of times. They were curious about Sgt. Thomas and asked for help in finding his family so they could give them the bracelet bearing his name.

“The government just wanted to be a liaison, but this was personal to me,” Beth said. “I wanted the family to know that I prayed for him, that I thought about him.”

So, Beth put the bracelet away.

She recently came across it again and Max, a retired high school teacher, decided to do some digging on his own, using the power of the Internet.

Last week, Max, 72, came across pownetwork.org, and with just a few keystrokes he found Thomas’ story.

It turns out Thomas’ hometown is Safford.

On April 3, 1968, the 20-year-old was on a 45-man patrol in the Quang Nam Province near An Hoa when he disappeared. According to the network, the patrol had stopped to rest and after a short period of time, moved on.

When they reached their destination, they discovered Thomas was missing and backtracked to their rest stop. They found his helmet, pack and canteen, but not Thomas.

According to the network, a nonprofit organization that began in 1989, he was among 2,500 Americans unaccounted for when the last American troops left Southeast Asia in 1975.

According to the nonprofit’s website, they have the only searchable, copyrighted data base of biographies available on all the POWs from the Vietnam conflict. and it’s in use at the National Park Service, the POW Museum in Andersonville, GA and the Nixon Library in Yorba Linda, CA.

Now that the Sundermans have found Thomas’ hometown, they’ve ramped up their efforts to find his family.

They called the City of Safford and an employee directed them to the Eastern Arizona Courier.

Both Sundermans have a soft spot for veterans. They are members of the Texas Panhandle Patriot Guard Riders, a nonprofit that shows their respect for fallen soldiers at funerals and shield mourning family members if there are protesters.

“I think vets are the only heroes there are,” Max said. “They gave their time and their lives and I just really respect them.”

Beth hopes the time has now come for her to be able to return the bracelet, one way or the other.

“I would love to meet his family if they are receptive, if they’re not hurt by it,” she said.

Anyone who may know the Thomas family is asked to email the Sundermans at sunmax@valornet.com.