The Town of Thatcher is watering what eventually be green soccer fields at the Recreational Complex.

The park, which will take roughly five to seven years to complete, is already growing grass in the soccer fields. 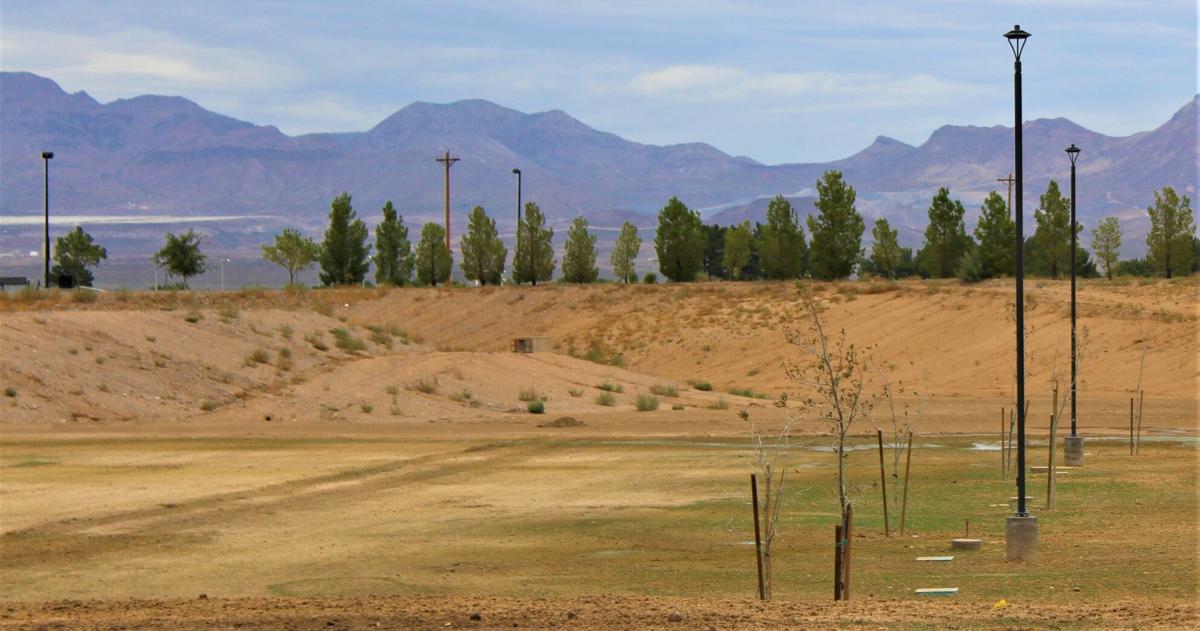 Some trees and electrical lights have already been placed in the ongoing Thatcher recreational complex project.

The Town of Thatcher is watering what eventually be green soccer fields at the Recreational Complex.

The park, which will take roughly five to seven years to complete, is already growing grass in the soccer fields.

Some trees and electrical lights have already been placed in the ongoing Thatcher recreational complex project.

Within the next three months Thatcher families will be enjoying pathways, streetlights, trees and planters at the town’s new Recreational Center.

Now that the Church Street roundabout project is completed, Thatcher town council members were told Monday night crews will soon be spending much more time on the long-anticipated project.

The new Recreational Park, located on the corner of 8th Street and Reay Lane in Thatcher, will have a variety of park features for the public to enjoy. Some of the items included in the park’s plans are a dog park, soccer fields, an amphitheater as well as a pickleball court. There will also be a walking path surrounding the entire park.

Thatcher Town Manager Heath Brown said the town has spent roughly $225,000 so far on completing the earth work, as well as the underground utilities, mechanical room and irrigation system. The town has budgeted $310,000 for this year’s park work.

The entire project is expected to take five to seven years.

“The total cost of the complex including the amphitheater and all the features shown on the plan is about $3 million. The amphitheater with lighting and stage is about $1.2 million of that cost,” wrote Brown in an email.

Brown said the town is moving slowly and using town employees to do the majority of the construction work on the park when time allows.

“I have heard a lot of positive feedback and excitement for the complex. As part of our current General Plan Update process, one consistent thing we have heard is that the community wants more recreation and amenities, and this complex definitely starts to fill that need,” wrote Brown.

Thatcher Mayor Bob Rivera said he is glad that the completion of the park is going in slower stages. This way the town is able to take its time and if mistakes are made they can easily be fixed. The park project began in the later part of 2018, Rivera said.

The amphitheater, which will likely be finished in the last phase of construction, is the element Rivera is looking forward to the most. He can envision band performances, school orchestra presentations and Sunday evening movies in the amphitheater.

The sound system of the amphitheater will be the best quality, and he hopes the park will be a gathering place for the county.

“By the end of the year we’ll have active soccer fields,” said Rivera.