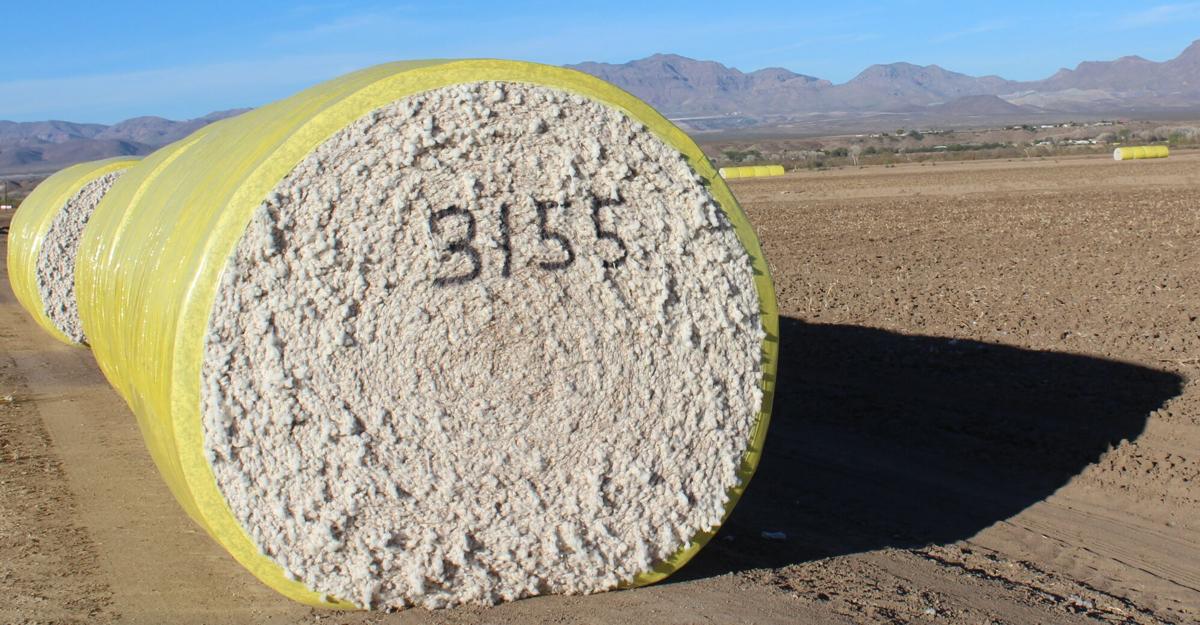 These cotton round modules are one of the newer forms of gathering cotton and getting it ready for transportation to the gin. 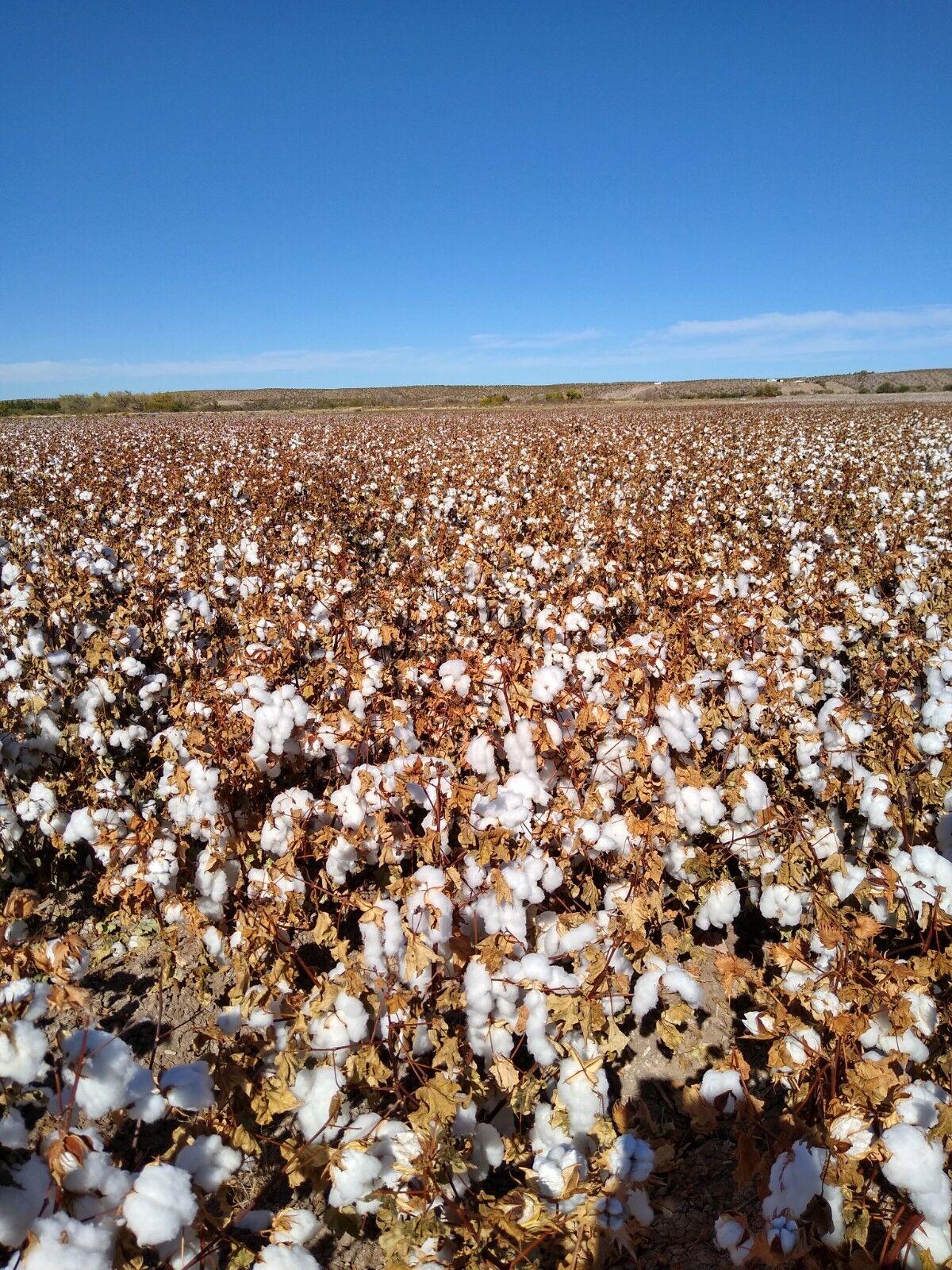 A cotton farm in Greenlee County waits to be harvested. 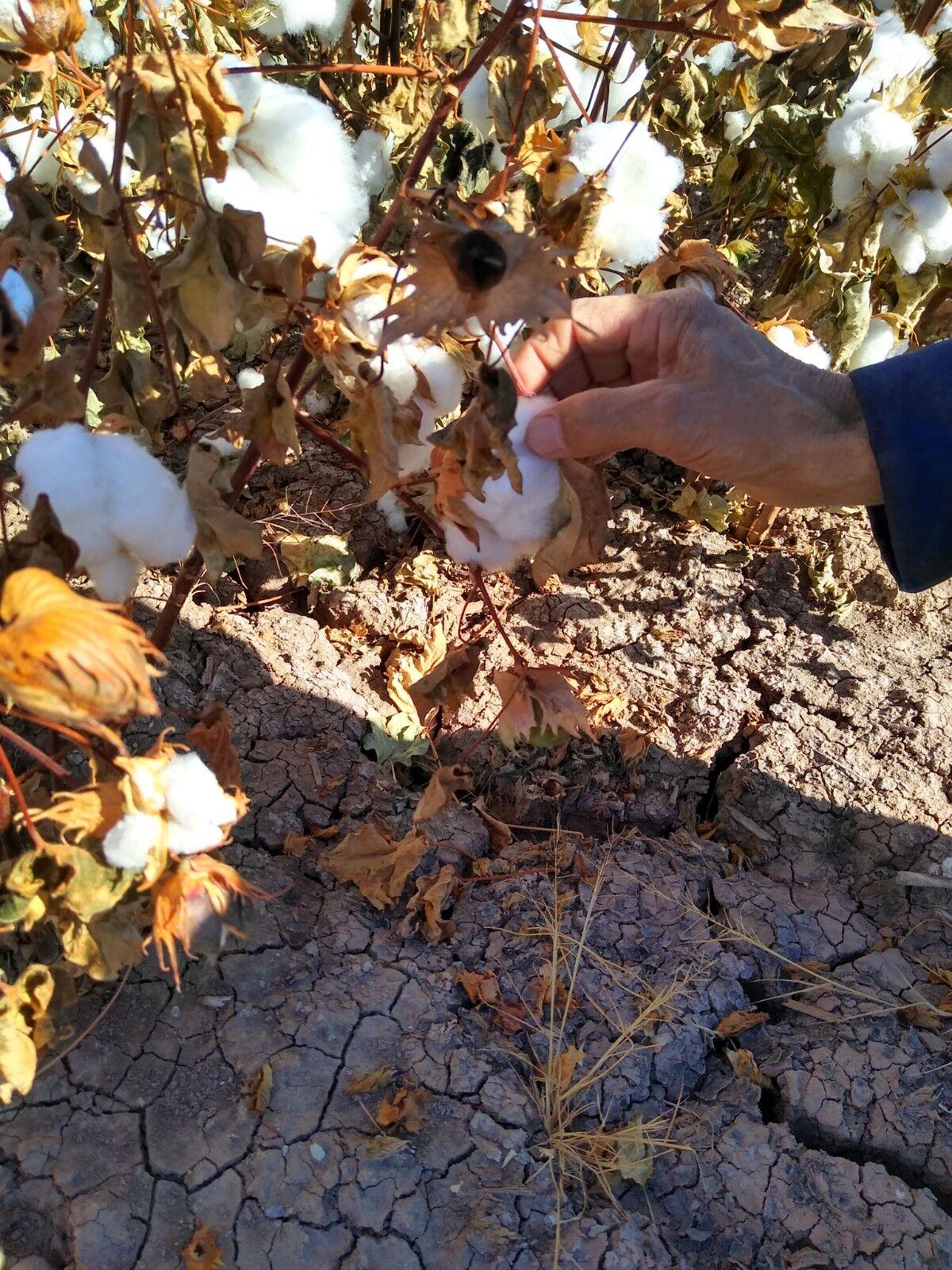 These cotton round modules are one of the newer forms of gathering cotton and getting it ready for transportation to the gin.

A cotton farm in Greenlee County waits to be harvested.

Despite the lack of rain, Graham County farmers were still able to produce an average amount of cotton this year, they just won’t be able to get as much as they’d like for it.

The main issue for Graham County’s farmers was getting water to the 17,229 acres of cotton, Norton said A field’s location to the nearest source of water determines the rate of the crop’s growth and keeping the crops watered just enough to prevent the plants from becoming stressed was key.

In anticipation of a dry season, Layton said he didn’t plant his crops until later. After the crops were planted, he stretched the time between irrigation periods out for his crops, managing the cycles of watering closely.

“This year our harvest has been quite a bit better than last despite having no water,” Layton said. “It was a tough year, but we had a decent crop.”

Next year doesn’t seem to be looking any better. He said next year there is an expected La Niña effect to come into the valley, making for another dry year. The upcoming winter is also looking dry, making him feel nervous about the upcoming year.

“We’re selling our cotton today at almost the same price as 40 years ago,” Layton said. “We’re still pulling through, we really don’t have any other choice.”

During the winter he will be planting winter crops to make feed for his small herd. Next year, he suspects he may have to plant even fewer cotton fields and use those fields for winter crops.

Sam Daley has farmland in Thatcher, Safford and Pima. The fifth generation farmer took over the farm for his father roughly a decade ago. He said his cotton harvest is back up to average despite the low rainfall. He also owns a solar panel business, using solar power to run his water well pumps.

“Cotton grows better in high heat temps. We had abnormally high heat temps and it helps the crop to thrive,” Daley said. “Last year the heat units were down.”

While Daley and Layton were pleased with their production levels, they aren’t too happy about the price of cotton.

Competition, the pandemic and trade wars are influencing the price of cotton.

Norton said that because man-made materials like polyester are made from petroleum and gas prices are down, it’s now cheaper and easier to produce polyester clothing than cotton clothing.

“That’s why we tell people to not wear spandex and all these other man-made fibers; they need to wear cotton,” Norton said. “The costs to produce the cotton isn’t any less, so profit shrinks under these situations. It’s basic supply and demand.”

Still, Norton said, cotton prices have been lower in years past.

Layton and Daley said they believe the low price of cotton is due to the trade wars with China and the pandemic.

“Agriculture was hit very hard over the last year. Worldwide supply chains have come to a halt, it’s a trickle-down cause and effect. When people aren’t making items, it’s hard to sell them the supplies to make the items. COVID has hit everybody hard,” Daley said.

Although he would like to plant other crops such as potatoes, and he is capable of doing so, there is no market or infrastructure for it, Daley said. Graham County is too far away from any major markets and Highway 191, he said. Aside from the market and transportation limitations, the water regulations keep local farmers from branching out to other crops.

Daley expressed his thankfulness for the community’s support of agriculture.

“We feel their support, the well wishes and prayers from our community, and we are grateful for them,” Daley said.

According to Norton, the number of farmers has dwindled over the last 30 years in Graham County.

The same amount of acreage is being farmed, but where there had been roughly 50-60 farmers in the 90s, there are now roughly 10, Norton said. It’s just become so much harder to make ends meet in the cotton farming business.