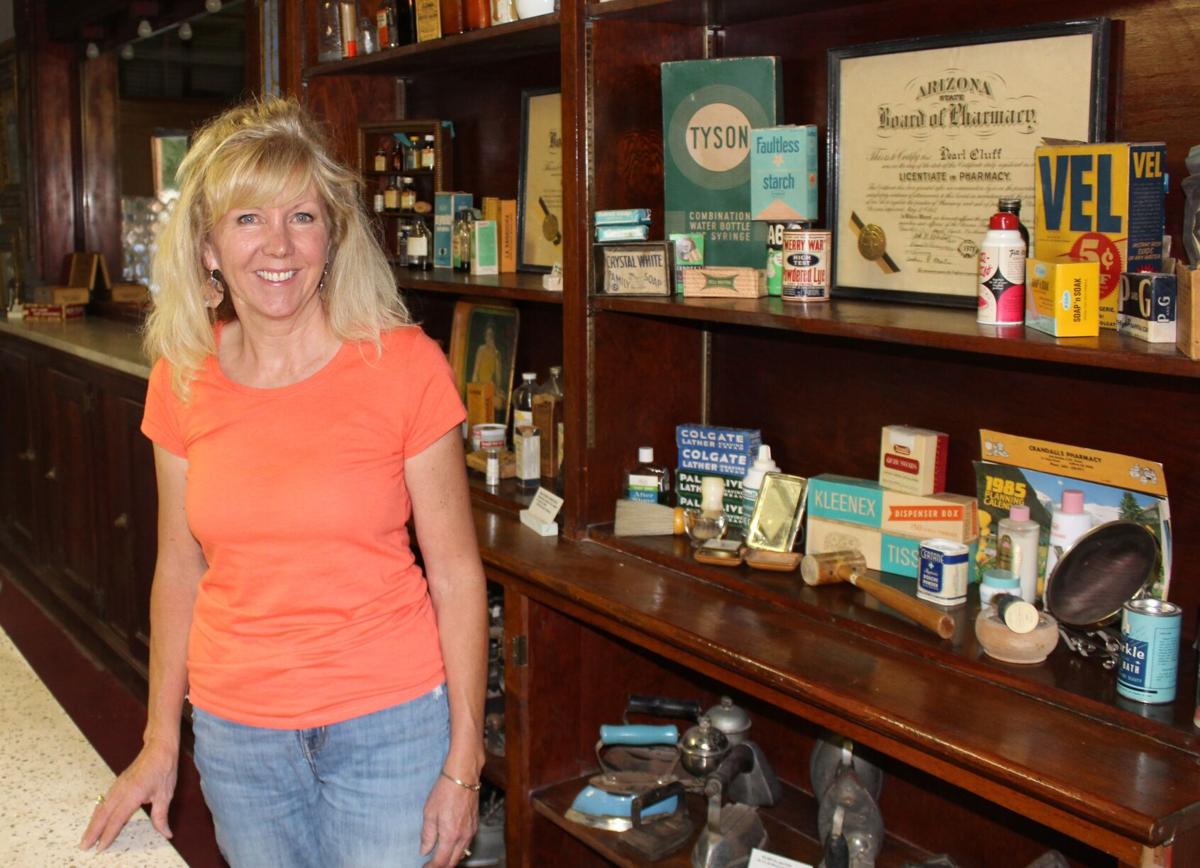 Karrie Wilson, new museum curator, stands in a research room that was once part of a pharmacy. 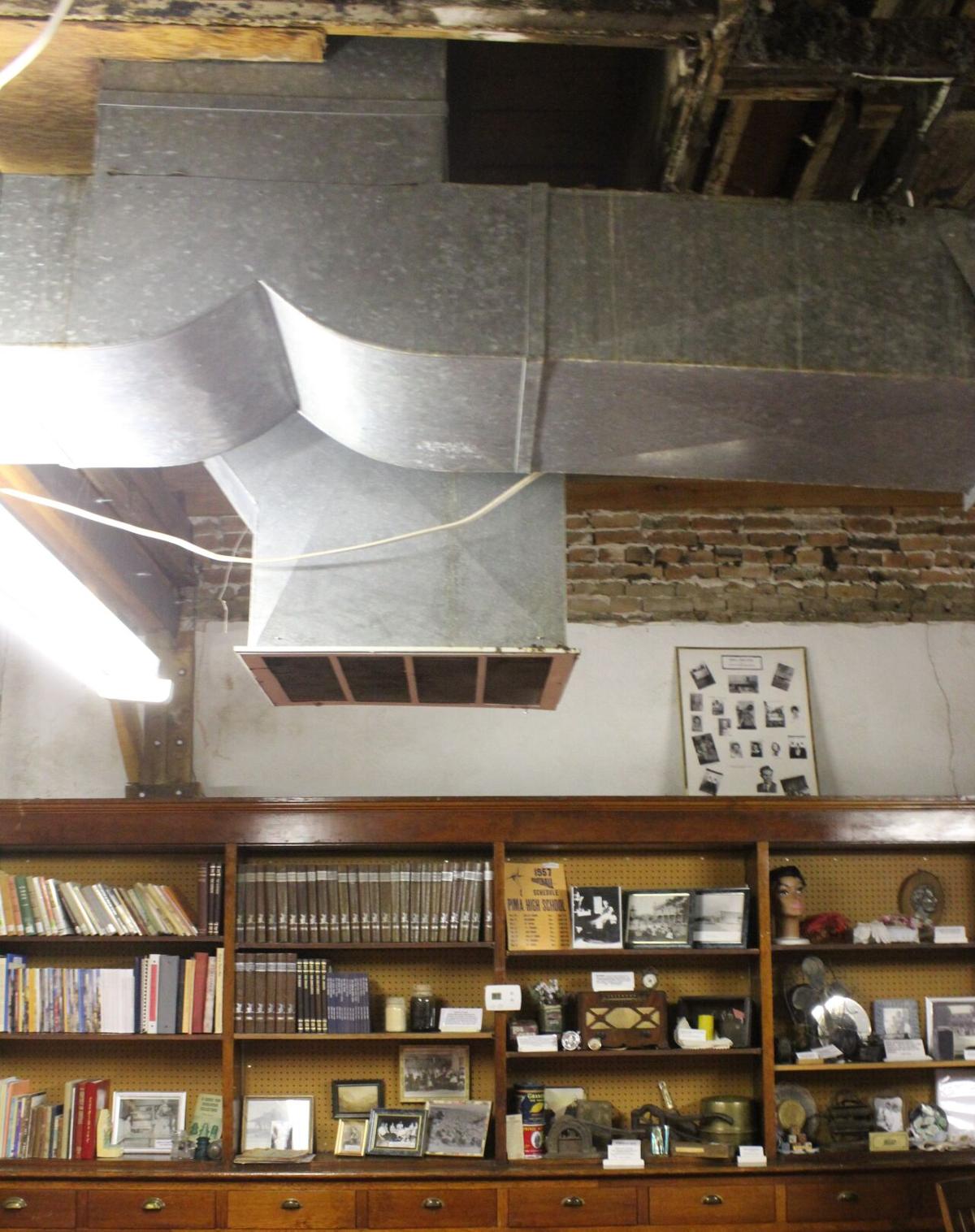 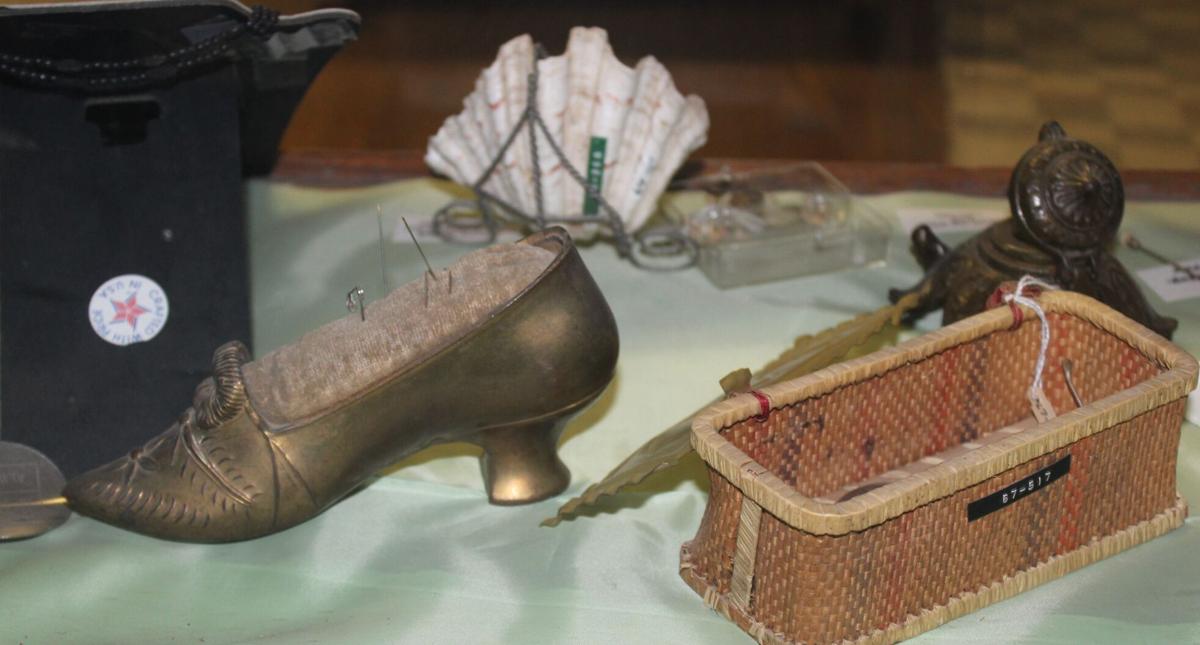 This pin decorative pin cushion is on display in the museum. 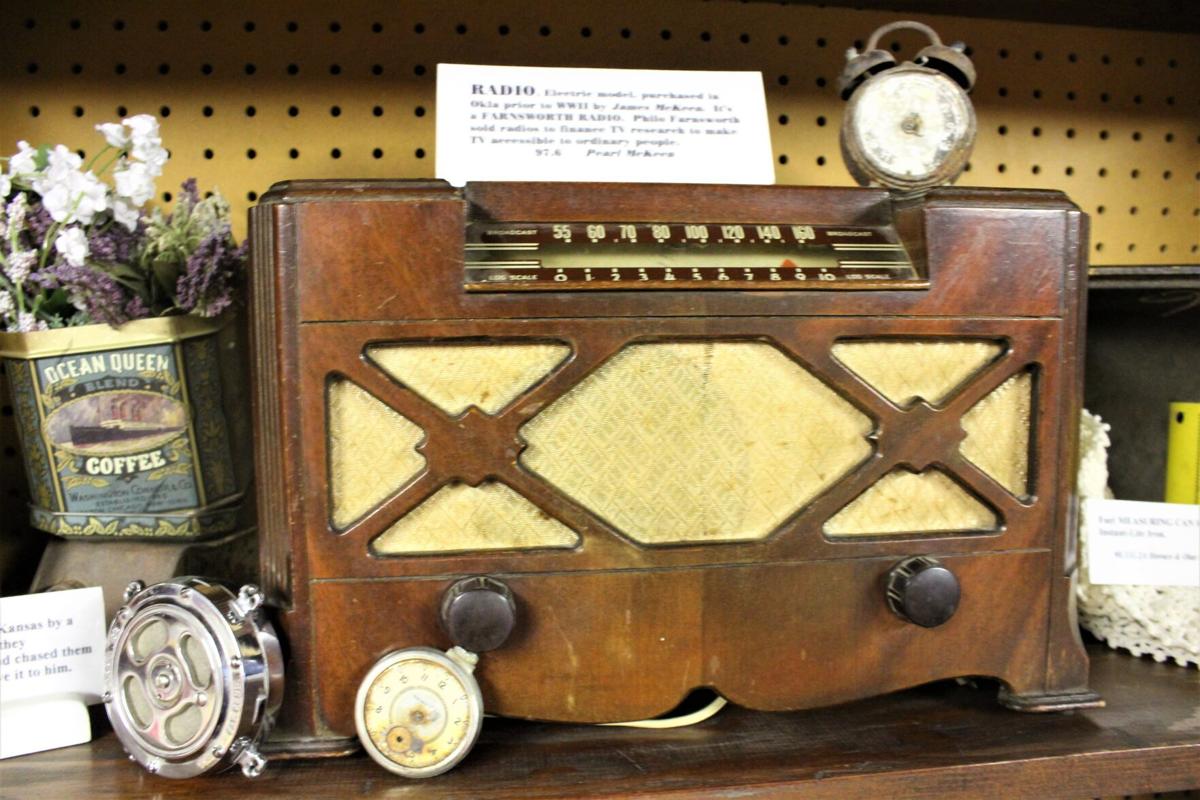 This electric radio was purchased before World War II by James McKee and donated to the museum by Pearl McKeen. 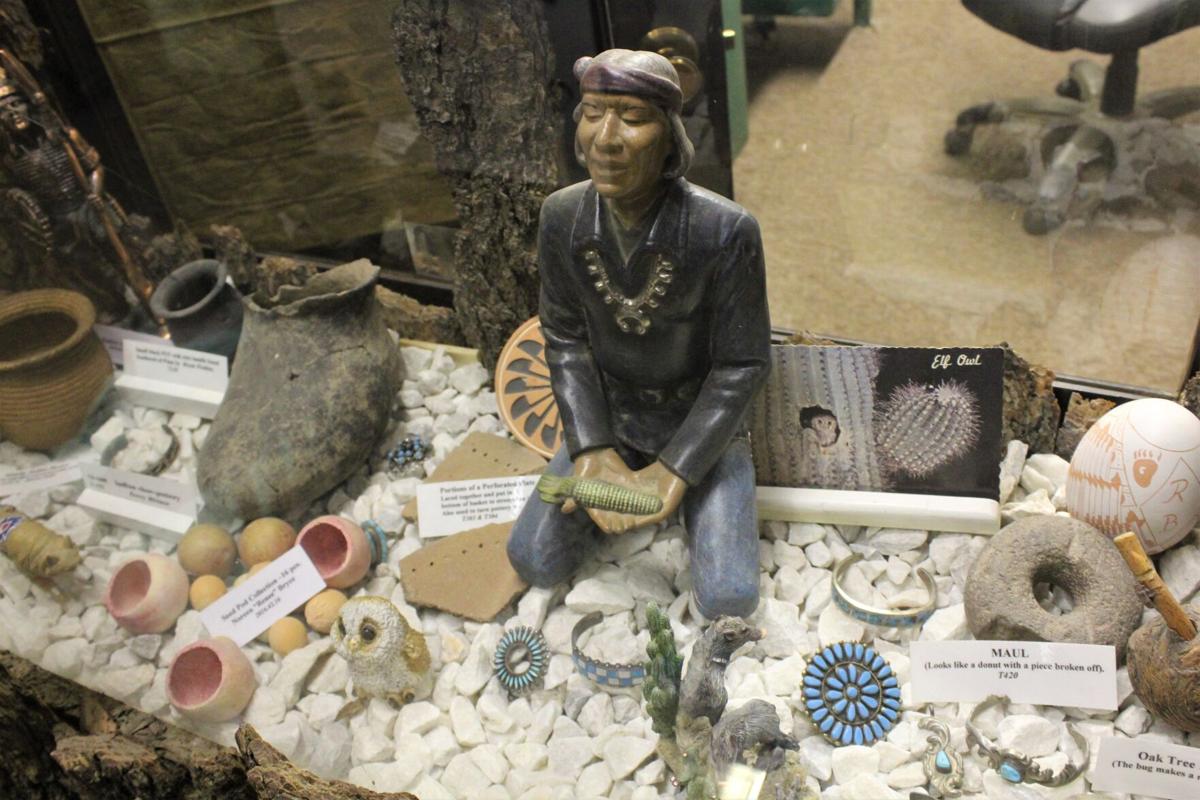 This statue of a Native American man sits in a glass case in the museum's main building beside turquoise jewelry and native pottery.

Karrie Wilson, new museum curator, stands in a research room that was once part of a pharmacy.

This pin decorative pin cushion is on display in the museum.

This electric radio was purchased before World War II by James McKee and donated to the museum by Pearl McKeen.

This statue of a Native American man sits in a glass case in the museum's main building beside turquoise jewelry and native pottery.

After being closed for 18 months, the Eastern Arizona Museum and Historical Society of Graham County will reopen May 27 with a new roof, new air conditioning and a new curator.

The museum, which originally opened in 1963, was forced to close its doors when the pandemic struck. Volunteers put their time off to good use, however.

Last year, volunteers installed a tin roof over a portion of the museum roof, spending roughly 150 volunteer hours to complete the task. A new air conditioning unit was also installed, replacing a swamp cooler that did little to keep the 100-year-old building cool.

In other big news, Karrie Wilson was recently named museum curator after Edres Barney, 82, retired after 24 years in the position.

The museum is home to Native American items, pioneer belongings, and antique weapons, watches, radios and clothing, which are spread throughout multiple rooms and buildings. There is also a research and document room.

“The museum is a large resource of information,” Wilson said. ”It will be wonderful to have it open and have people here.”

Over the next couple of weeks museum volunteers are re-organizing historical records, journals, and albums into various sections, including family history and local history. Court documents, including those from the Wham Paymaster Robbery in 1889, and school annuals will also have their own sections, Wilson said.

Wilson, board president Shawn Wright and board secretary Clint Woods are thankful for the new roof and A/C unit, but hope to add another A/C unit along with a heater.

“Over the past 50 years, the climate gets really wet in the summer and really dry in the winter. The building is suffering from it and the artifacts are too because of the change in temperature,” Wright said.

Not only does the museum need another A/C unit, but the roof of the agricultural portion of the museum is falling in, Wright said. Finding funding sources has been difficult, but the Fright at the Museum haunted house fundraiser has been helpful.

Despite the pandemic, the fundraiser raised just over $8,000 last year, Woods said.

The board hasn’t decided where those funds will go yet, but it will take roughly $5,000 to $8,000 for a heating and cooling system in the main museum building, Wright said.

There are so many additions and projects that need to be done to the museum, it is difficult to decide where to start and begin, Wright said. The board has asked a contractor to assess the cost of putting new a roof on the agriculture building, but he hasn’t given an estimate yet.

Wilson believes the now much cooler research room and the soon-to-be reorganized records will do much to attract people.

The Eastern Arizona Museum, 2 North Main Street in Pima, is reopening May 27. An open house with free treats and root beer will be held May 29. Museum hours are Thursday through Saturday, 10 a.m. to 3 p.m. Admission is free.