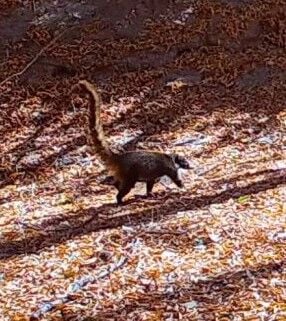 A coatimundi was caught scampering on a Gila Watershed Partnership trail cam earlier this month. The GWP recently bought more trail cams with grant money and their pictures will soon be shared with the public online. 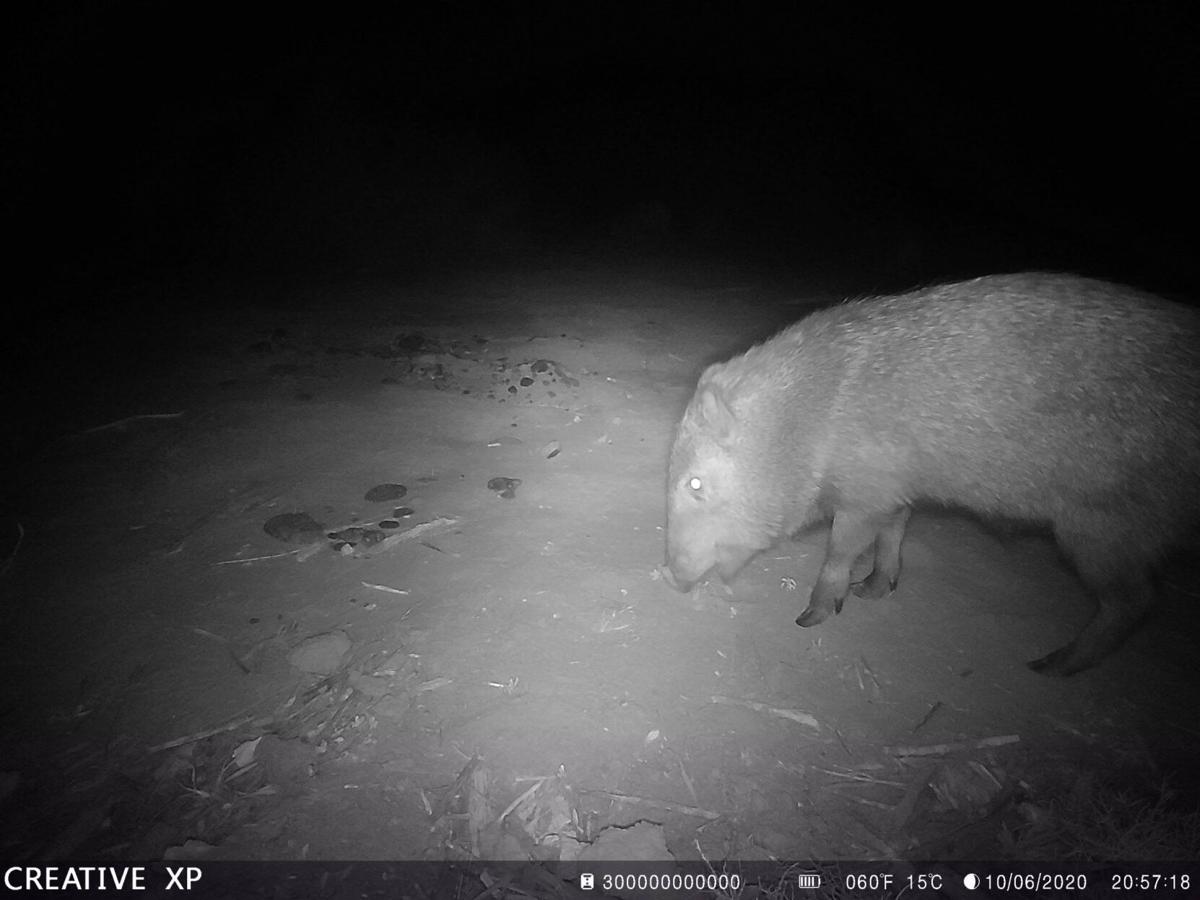 This photo of a javelina was taken at night by one of the Gila Watershed Partnership trail cameras. 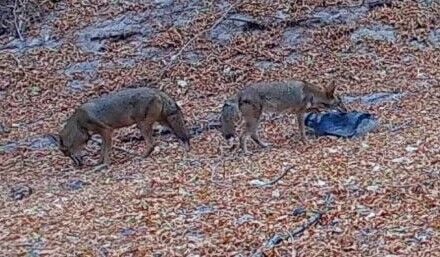 A coatimundi was caught scampering on a Gila Watershed Partnership trail cam earlier this month. The GWP recently bought more trail cams with grant money and their pictures will soon be shared with the public online.

This photo of a javelina was taken at night by one of the Gila Watershed Partnership trail cameras.

Earlier this month, Melanie Tluczek saw something captured on a trail camera she never expected to see — a coatimundi. Thanks to a grant awarded to the Gila Watershed Partnership, local residents could be in for even more surprises.

The GWP recently took $7,000 in grant funds from the Rural Activation and Intervention Network and the National Science Foundation and used it to purchase nine trail cameras that will be placed from Fort Thomas to Duncan, following the Gila River banks.

Kara Barron, the science and outreach manager for the GWP, suggested buying the cameras knowing that their pictures, if posted online, could serve several purposes. Not only could the community learn what animals are living in the river, but the cameras could also assist the GWP collect data and make better decisions when it comes to its restoration sites. For example, if certain predators are in any of GWP’s restoration areas, the team can avoid any territory infringement.

The GWP is a nonprofit organization working to improve the water quality of the Gila River as well as the ecosystem surrounding the river. One of the GWP’s major restoration sites is The Linear Park, which will be located on the south bank of the Gila River.

The U.S. Forest Service and the Bureau of Land Management hold pockets of information regarding the local wildlife, but the data collected by the cameras will help broaden everyone’s knowledge, Barron said.

Tluczek, GWP director, knew the river was technically in coatimundi territory, but she had never seen one wandering in such a flat and cluttered environment. Usually, coatimundi likes to live in rocky areas, she said.

Once the cameras are up and running, an account will be created and GWP’s photos will be uploaded to a website called zooniverse.org, a citizen science portal that gives people the chance to help conduct research. The cameras will dump thousands of photos online, running continuously as they add more photos.

To aid in the project’s online development, Eastern Arizona College Biology 105 class is functioning as system testers. Already, the class has been provided photos from other cameras set up at GWP sites. Nathan Cline, EAC professor of biology, said he was not surprised to see any of the animals in their natural habitat, but he was surprised at the number of beavers in the wild. Since beavers are nocturnal they are not usually seen by humans, he said.

His plan is to incorporate GWP’s newest project into his classes.

“It gives them (the students) the ability to see where changes might be made. It’s all about local land management,” Cline said.

This is not the first time his class has worked with the GWP. His students have helped construct multiple projects, including a pollinator flower garden at EAC’s Discovery Park with the GWP.

“The GWP group is a fantastic organization working to strengthen our ecosystem and I appreciate every moment I get to work with them,” Cline said.

Barron is hoping to be up on the zooniverse website by early January.

The GWP has already approached multiple high school teachers who are interested in using the webpage for their biology classes.

“They can have their students write reports and learn about biology and biodiversity,” Barron said. “It will be a tool for local youth and it’s going to be fun for all ages.”