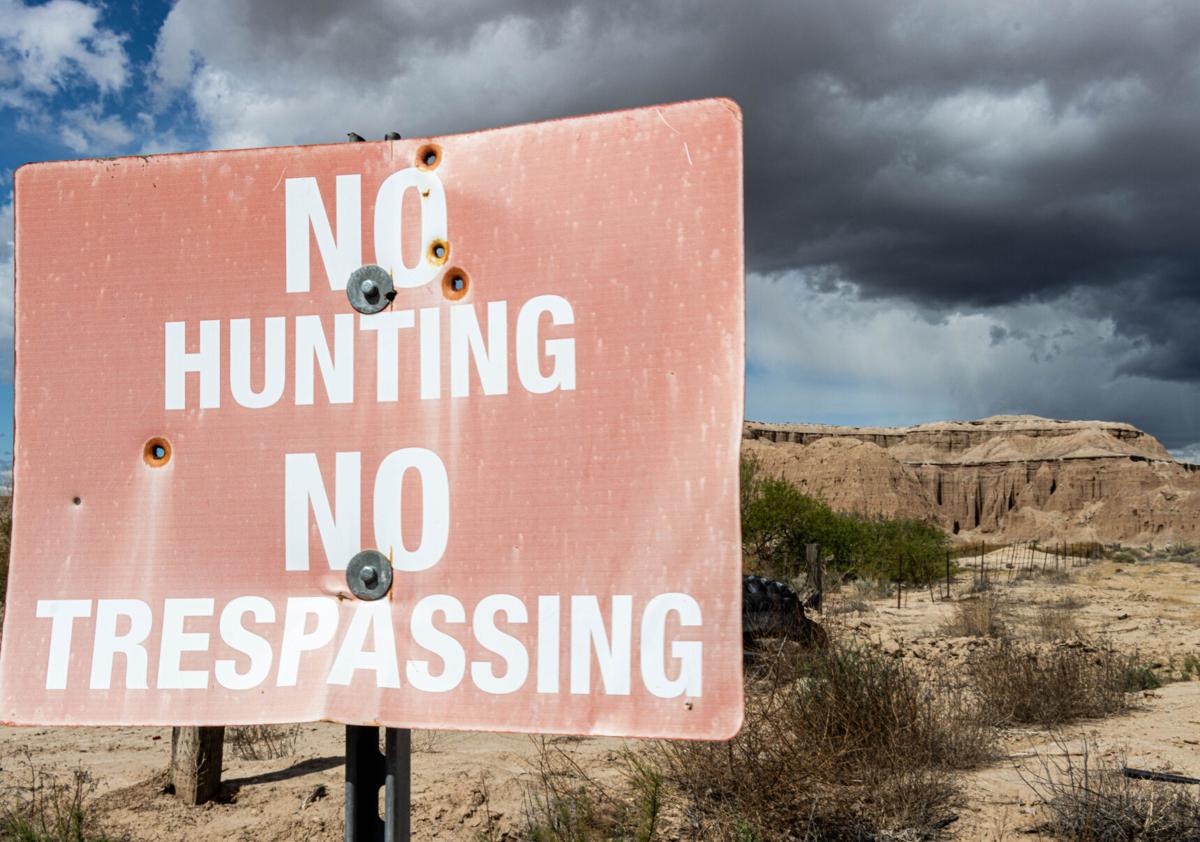 A sign, riddled with bullet holes, near Calvert Allred's grazing land in Graham County on April 28,2021. 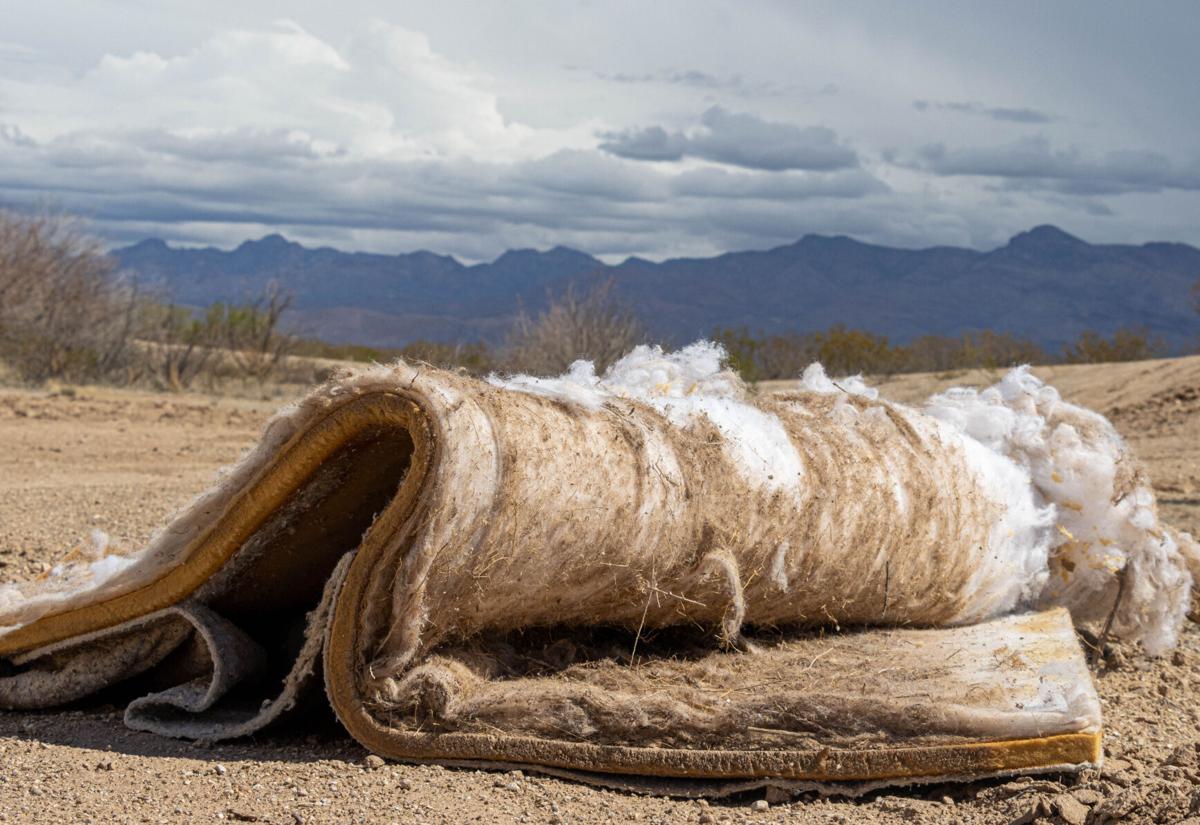 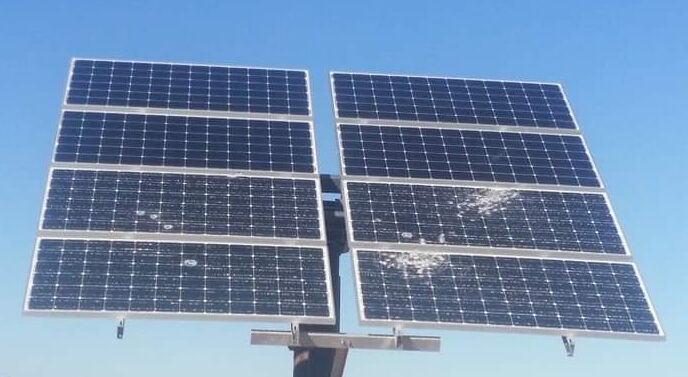 A sign, riddled with bullet holes, near Calvert Allred's grazing land in Graham County on April 28,2021.

Rancher Calvert Allred has one of the best morning commutes in eastern Arizona.

To get to a part of his 50,000 acre cattle grazing area that’s both state trust land and land leased from the Bureau of Land Management, Allred passes through long rows of agricultural land before coming up on Red Knolls.

The stunning clay colored geological formation between Pima and Fort Thomas is a vivid example of the natural beauty in eastern Arizona that’s free to be explored and enjoyed by the public.

Unfortunately, natural beauty often is forced to contend with various acts of vandalism, like bullet holes shot through signs, illegal garbage dumped around it, property theft, and destruction of both vegetation and animal life on public lands leased to ranchers for cattle grazing.

Allred said he encounters vandalism and theft on the land his cattle graze on about once every month, ranging from someone stealing $1,500 worth of gates and other materials, to “no shooting” signs being riddled with bullets, to finding things like mattresses and other trash on the land. He’s also discovered salt blocks for his cattle stolen, or water tanks used by both his cattle and wildlife in the area destroyed by bullet holes. But the most common form of vandalism both he, and many other ranchers interviewed from both Graham and Greenlee counties said they encounter is people not leaving cattle gates how they found them.

“Just leave everything how you found it,” Allred said. Meaning, if a gate is open, leave it open, because a rancher has intentionally left a gate open to allow cattle to access water in another section of a grazing area. But if a gate on public land is closed, make sure to leave it closed after entering the area, because a rancher is intentionally leaving it closed to keep cattle from wandering into other grazing areas, or in Allred’s case, into his neighbor’s cotton and chile fields and Highway 70.

Nathan Brawley, of Tanque Ranch in Graham County, said that although he strongly believes and supports the idea that the public land he and his family lease from the BLM is just as much the public’s land to explore as it is his land to graze his cattle on, he does have similar problems with vandalization.

Along with people not leaving cattle gates as they find them, Brawley’s biggest frustration is people racing ATVs and side-by-sides on the land and tearing up vegetation and food sources for both cattle and wildlife in the area.

“Ranchers and the public can get along, but when the public goes off the main roads, they’re harming the vegetation that cattle and deer use,” Brawley said.

Brawley said he doesn’t think people tear up vegetation maliciously, but more so out of carelessness. Brawley wants people to realize the extent of the damage they can cause both cattle and wildlife by not being careful and considerate.

Brawley said his family has spent thousands of dollars repairing water tanks used by both his cattle and wildlife that have been riddled with bullet holes.

“Everything benefits from what ranchers take care of, and nobody thinks about that, they just think about cattle when they think of ranches,” said Justin Bingham, who ranches on two separate lease areas in Graham and Greenlee counties.

Although Bingham said his grazing lands are relatively spared from acts of vandalism because they’re farther away from towns in either county, he said he too has had issues with people shooting up the equipment he uses to provide water for both his cattle and local wildlife.

Vandalism is “almost a part of doing businesses,” Bingham said.

Bingham added that the vast majority of people he comes across on the grazing land are nice people who just want to enjoy nature, but a small percentage of people, people ranchers hardly ever see, let alone meet, are the ones who cause problems. Last year he came across a calf that had been shot and left in the road to die.

Lori Sollers, who owns the P-Ranch south of Safford, said she had a similar gruesome experience two years ago when she found the mutilated corpse of one of her calves on her leased grazing land.

Stripped of most of its muscles, Sollers suspects it was butchered by someone looking for meat to eat.

Sollers said the perpetrator of the crime was never found.

Sollers said she’s thinking of installing video surveillance cameras on her grazing land to deter further acts of vandalism, but she’s afraid the cameras will either be shot to pieces or stolen by vandals.

Graham County Sheriff P.J. Allred said it’s rare to catch somebody in the act of vandalism on grazing land or in public lands, but crimes against property on grazing lands are still acts of “criminal damage” that can be prosecuted. But, Allred said, as a ranch owner himself, it’s rare for him to get calls from ranch owners regarding acts of vandalism or criminal damage. Allred said ranchers, in general, are good at “policing their own stuff.”

“If there’s a family hungry that bad, I guarantee one of us ranchers would say ‘Hey, here’s some beef,” said Kyle Lackner, about Lori Sollers experience.

Lackner leases two grazing areas, one outside of Pima, and the other outside of Safford. Like many other ranchers, he said he also has experienced numerous acts of vandalism on his grazing land, from people shooting his water tanks to smithereens, to people tearing up vegetation on his share of leased grazing land with ATVs and side by sides.

“When you do a donut out on range land, it tears up the land almost permanently,” Lackner said, “and people have to realize that with the drought, losing water is a big deal. It aggravates you. It really does.”

Lackner said he’s seen at least three times the amount of people on his grazing lands in the past year than at any time before. He thinks that’s a result of the COVID-19-caused lockdowns and quarantines that started in March of last year. Lackner thinks more people have taken to exploring public lands near them since then, looking for adventures and fun closer to home, bringing out more people who, whether by carelessness or malice, vandalize land and property.

Like all of the ranchers interviewed, Lackner stressed he thinks the vast majority of people who use leased public grazing land for recreation are good people, who want to protect and conserve the land, but he believes there are a small percentage of people who either don’t care, or don’t realize that their actions are damaging both cattle and local wildlife.

Lackner said this is the context in which ranchers like his uncle, Harold Lackner, are finding themselves in.

Harold was arrested on April 8 and booked into Graham County Jail on aggravated assault and other charges after four children accused him of threatening and intimidating them while they were riding ATVs on his leased grazing land west of Daley Estates.

“Think about what that man’s gone through, with gates being open. If his gates were open and his fences were cut, his cattle could go into town. That did happen a bunch,” Lackner said, “Most of the time, we don’t say anything [about acts of vandalism]. We just fix it and go on.”