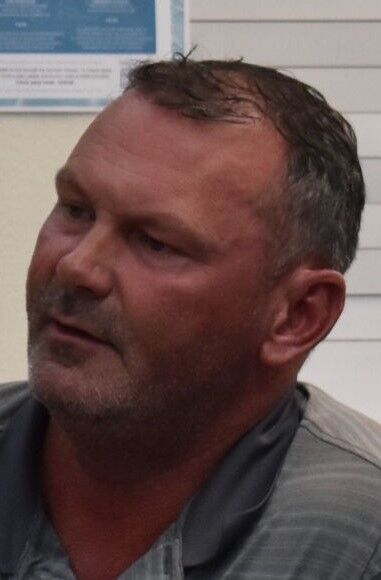 After an hour-long executive session, Councilmember Debbie Barr made a motion to retain him as town manager. Vice Mayor Dale Rogers seconded the motion after a lengthy pause and Mayor C.B. Fletcher tallied the ensuing vote as 3-2 in favor of Barr’s motion.

By Wednesday morning, however, people began to question how Rogers actually voted.

On Thursday morning, Lewis said he felt as though he’d been “kicked in the gut.”

Lewis said he’s not sure how the dispute arose or how it will be resolved.

“We are consulting lawyers. Evidently, he (Rogers) voted twice, and when the mayor confirmed the vote in favor of the motion there were no objections. We are researching the laws of the situation,” Lewis said via text.

As for Rogers, he said he’d like to get the situation resolved before he makes a comment.

“I don’t want things to get twisted or turned around so I’m not saying anything,” he said Thursday morning.

Questions about Lewis’ status with the Town of Pima began circulating in mid-April after an anonymous email sent to several people made allegations about inappropriate financial dealings and alleged Lewis had been fired. Lewis denied that he’d been fired and maintained he still was employed by the town.

Then, May 4, a Pima resident said during a Town Council meeting that Lewis’ position had been posted on Arizona League of Cities and Towns’ website.

When asked about the job posting May 6, Lewis, who was in Jamaica on vacation, texted he had resigned after deciding “to explore other opportunities. In order to have the best turnover possible, I have notified the council and have agreed to help with the hiring process.”

On May 7, Fletcher said Lewis was the victim of untrue rumors and town officials have been unable to clear up them up because state statute prohibits them from commenting on discussions that take place in executive session.

Although the town’s routine financial annual audit report won’t be completed until June, Fletcher said a preliminary report issued last month “dinged” Lewis because he had failed to turn in some receipts and he had failed to itemize other receipts. For example, Lewis had failed to record what business lunches were about and who attended, he said.

After Tuesday night’s vote, Lewis acknowledged that he posted his position with the league, but said he never formally resigned.

When asked about his text to the Courier, Lewis said, “That was probably more of a ‘I’m mad. I’m on vacation’ typo. So I want to clarify that with you. I never resigned from the Town of Pima. I offered to resign and I told the council that if they found a candidate that they want, then I absolutely would resign.”

Lewis said because it’s budget season and there’s a lot going on, he wanted to make sure there was a smooth transition if the council hired someone else.

The residents of Pima need to know he did not commit any criminal acts and no money was taken from the town, he said.

“There’s a gamut of rumors out there and none of those rumors are true. Those rumors are very broad and some of them are absolutely crazy,” Lewis said. “What I can say and what I’ve fully admitted to to our council all along is that I am missing many receipts for debit and credit card purchases and worse than that, I didn’t document what those occurrences were for well enough.”

Purchases were made and receipts were not turned in at times and in some instances he failed to properly reflect what the receipts were for, he said.

He cited lunch dates with business owners he was trying to lure to Pima and gasoline purchases as examples.

“I would go a step further and say it was laziness,” Lewis said.

The same mistakes won’t be made ever again, he vowed.

“I have studied up on the proper ways to document, the proper things that are needed. I’ve actually taken it a step further and I attach memos to all of them now,” Lewis said.

Lewis also admitted to being distracted at times. In recent months, he’s been working as the town’s building inspector and in the past he was also heavily involved in sewer work for the town. Other people have since been trained for those jobs, he said.

Lewis wanted to send a message to the residents of Pima.

“This was absolutely a mistake that was caused by me. This was nothing that was brought on by anyone else. Had I documented my stuff right, had I watched my spending and taken care of the policies better, we wouldn’t be here,” Lewis said. “What I can do forward is...we are an open book here in Pima. We turn in a financial statement to the council every month and if people from the public want to come in and see what that financial statement is for that month, they’re more than welcome to. They can come to the meeting and ask to see the financial statement, too.”

In her motion, Barr said the council would be leaving any disciplinary measures up to the mayor.

Lewis said Tuesday night he expected to hear what Fletcher’s disciplinary decision will be after Fletcher confers with the rest of the council.

He also said Tuesday night that he fully accepted Luke Hoopes and Sherrill Teeters’ decision to vote against keeping him on as town manager.

“I have told everybody on that council that if I were in their shoes, I don’t know which direction I would go so I support them in their vote,” Lewis said. “One of the reasons we have a council form of government here in Arizona and in the United States is so we can have a 3-2 vote. We don’t have one decision-maker, we have a council and I appreciate them. I appreciate them listening and talking. I think the town will be better for having the discussions that we have had and for having the vote that we had.”

Lewis said he can’t wait for the formal audit to be released. It’s expected to be done next month.

“I’m hoping it’s completed in May. I want it out. I want it done and I want to move forward and I never want to talk about it again,” he said Tuesday night. “I want the Town of Pima to know I made mistakes, but that’s been fixed and we’re moving forward.”