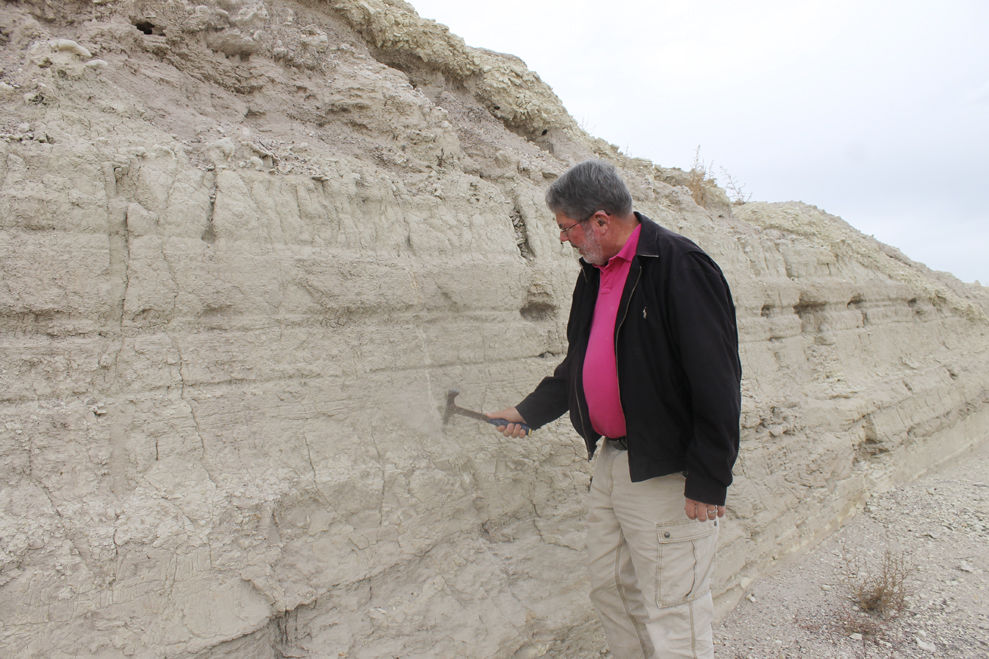 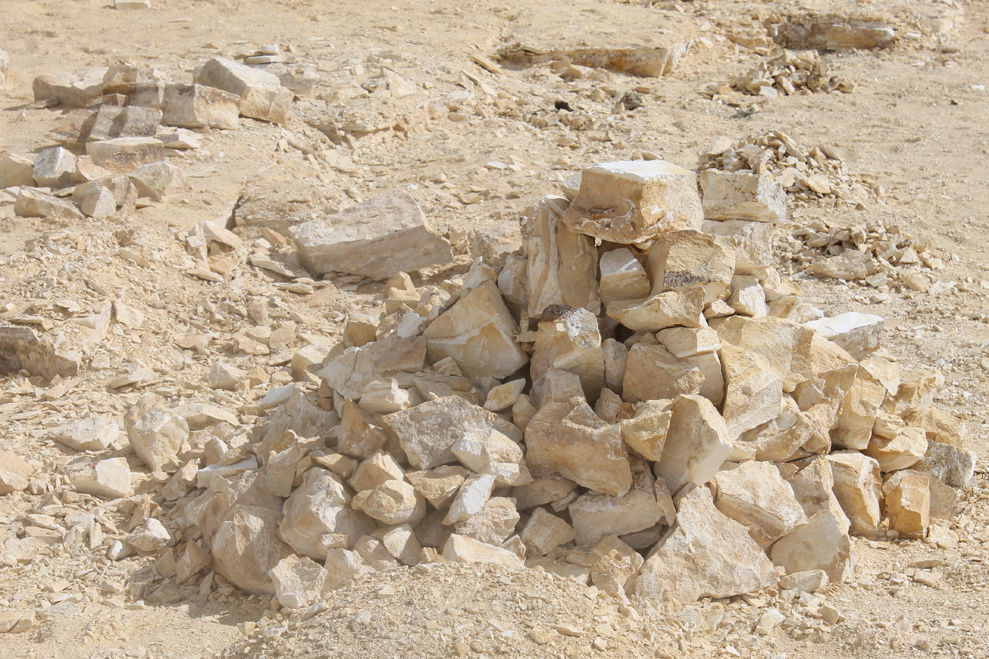 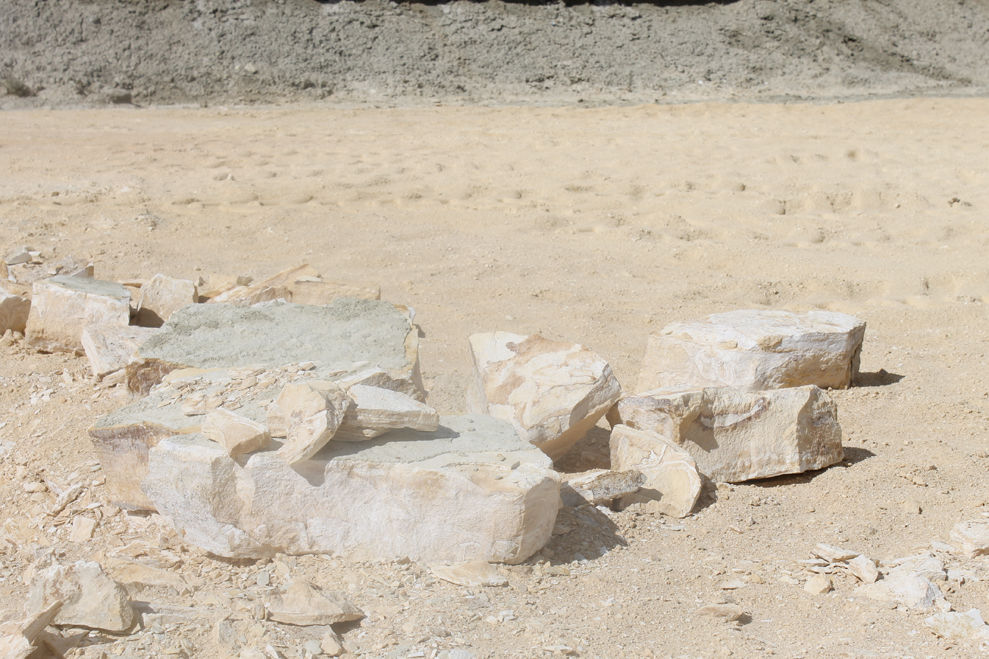 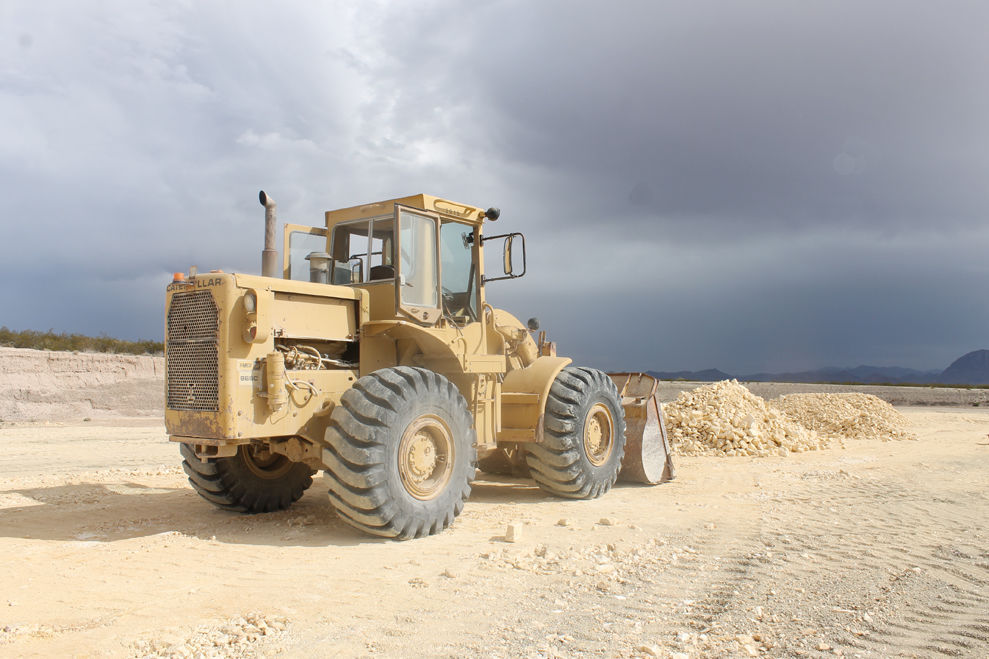 Against darkening skies north of Bowie, a bulldozer stands by piles of mined chabazite at St. Cloud Mining’s Grace Pit.

Against darkening skies north of Bowie, a bulldozer stands by piles of mined chabazite at St. Cloud Mining’s Grace Pit.

BOWIE — About 12 miles north of Bowie, 25 miles southeast of Safford, mines are producing an industrial mineral that, among an array of uses, has helped clean up after nuclear power plant meltdowns.

The St. Cloud Mining Company, based in Winston, N.M., operates three zeolite pits — the Cholla, Grace and State Lands pits — in the Bowie mining district. In addition to these and its main site in Winston, the company operates zeolite mines near Rome, Ore., and Ash Meadows in Nevada and California.

Natural zeolite — zeolites are also produced industrially — is formed by chemical reactions when volcanic ash falls into a lake. Zeolites act as “molecular sieves,” filtering out such contaminants as ammonia and carbon dioxide at natural gas refineries.

The Bowie pits produce a type of zeolite known as chabazite and are the world’s only operating high-purity deposit of that mineral, which can be used to remove radioactive waste. Chabazite from the Bowie area was used in cleanups at Three Mile Island and Japan’s Fukushima nuclear power plant. Following the latter’s meltdown, sandbags of the zeolite were dropped into seawater near the plant to adsorb radioactive cesium.

Chabazite, a lightweight mineral with a high-surface area, is useful in radioactive waste control, hazardous waste cleanup of arsenic and thallium, personal hygiene products, and air and water filtration/purification.

Zeolite is mined using conventional open-pit techniques, after which the ore is crushed, dried and milled. Chabazite from the Bowie area pits is taken to Winston for processing.

All new mine proposals on public lands, including the local zeolite pits, are required to undergo public review, including a review of reclamation plans. The Bowie area pits use concurrent reclamation, meaning that when a new pit is opened, an old one is reclaimed.

Other uses of zeolite include animal feed supplements, water and wastewater treatment, desiccants, and odor and moisture control. Another type of zeolite mined by St. Cloud at its Winston facility, clinoptilolite, has been used in green roof projects in Denver and Silicon Valley.

St. Cloud Mining has been operating zeolite mines for 28 years, since 1991, and is North America’s largest producer of natural zeolite products. Zeolite production and sales have both increased over the last two to three years, and St. Cloud has been part of that growth.

“We’ve grown at a measurable rate in our 28 years of production,” said chief technology officer Dan Eyde. “We’ve seen consistent long-term growth in our sales over the years.”