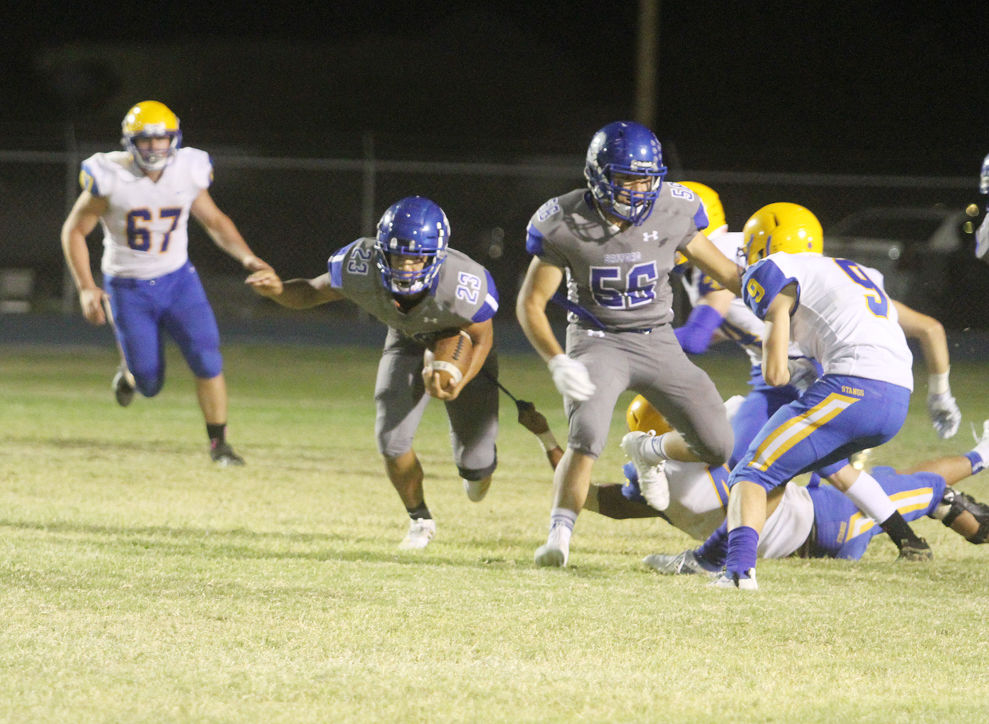 The Bulldogs’ CJ Scrivner (23) catches his balance and runs for a huge first down in the second quarter. 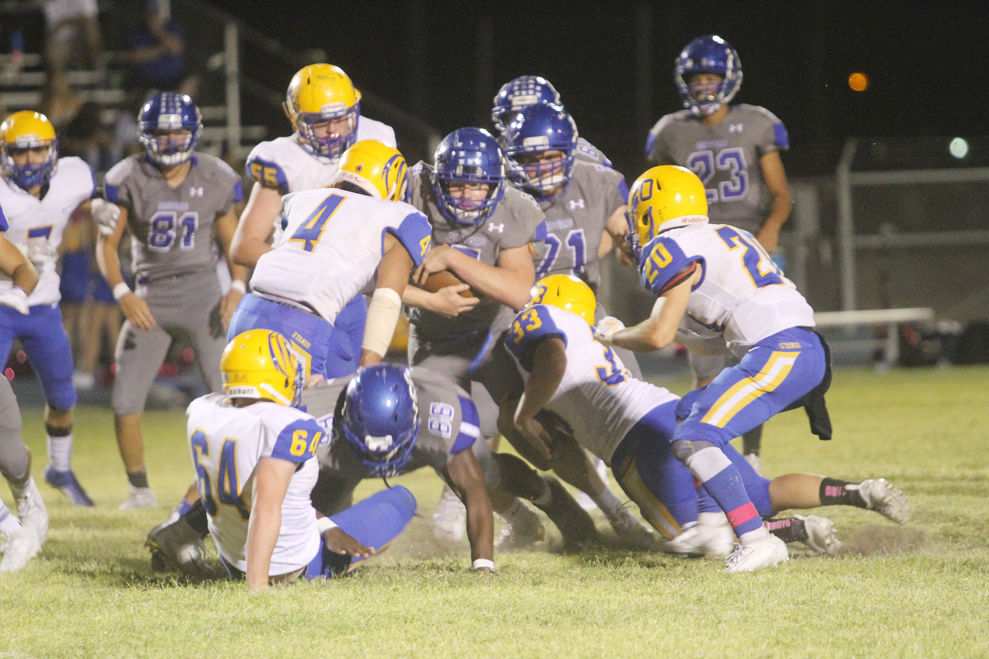 The Bulldogs’ Samuel Tobias (5) is gang-tackled by the Mustangs in the second quarter. 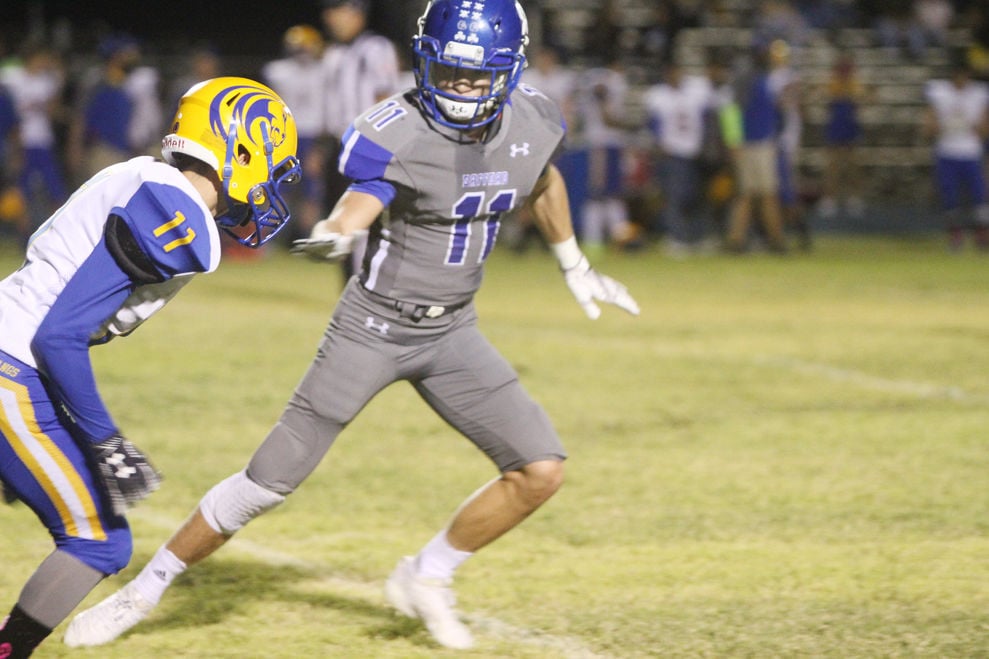 The Bulldogs’ Jared Garcia (11), right, puts pressure at the line against the Mustangs’ Isaiah Back (11) in the fourth quarter.

The Bulldogs’ CJ Scrivner (23) catches his balance and runs for a huge first down in the second quarter.

The Bulldogs’ Samuel Tobias (5) is gang-tackled by the Mustangs in the second quarter.

The Bulldogs’ Jared Garcia (11), right, puts pressure at the line against the Mustangs’ Isaiah Back (11) in the fourth quarter.

SAFFORD — The No. 12 Safford Bulldogs should move up in ratings after playing lights-out football on homecoming night, getting the best of the visiting Sahuarita Mustangs.

“(We) feel pretty good about going into tonight’s game,” said Mustangs assistant coach Watt before the game. “We know it’s number one versus number two in the section, so if we know if we win this one, it will put us that further ahead; so it will be fun and see what happens.”

Unfortunately for the Mustangs, it was a long and painful night going up against the Bulldogs crowd and team.

Safford got the party started early in the first quarter when CJ Scrivner took it to the house on a 60-yard touchdown run, giving Safford an early 7-0 lead.

The first and second quarters were highlighted by the Bulldogs’ defense. Shutting down the Mustangs’ running offense and attacking the gaps forced the Mustangs to punt the ball away most of the evening.

With one second left in the first half, Bulldogs’ Justin Torrio connected on a 30-yard field goal that gave the Bulldogs a 10-0 lead going into halftime.

To open up the third quarter, Bulldogs’ Scrivner took the Mustangs’ kickoff 60 yards to score his second of three touchdowns on the night.

Much like the first half, the Mustangs’ run-option offense had no answers for the Bulldogs’ defense, putting pressure on the quarterback and forcing three and outs on several offensive series.

In the fourth quarter, the Bulldogs’ running offense was able to score on two consecutive drives that shut the lights out and put the game way out of reach for the Mustangs.

“On defense, we like to have fun and make bets with each other and see who can get to the quarterback first, and it pushes us harder,” said Safford’s Brennon Jurado. “We didn’t do anything different in practice; we just worked even harder. Nothing different, just study, learn the plays and keep going.”