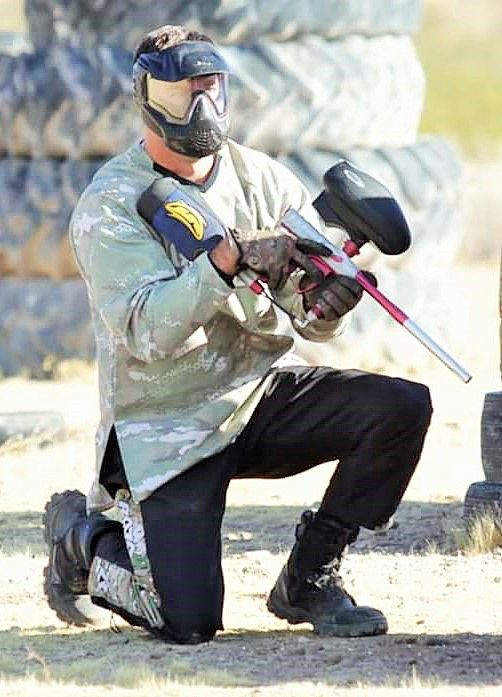 Ben Schysm looks to make his next move. 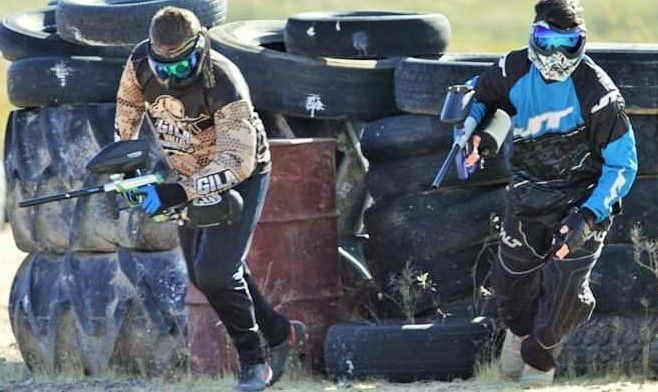 From left to right Alex and Kaden Lines try to run with out getting shot with a paintball. 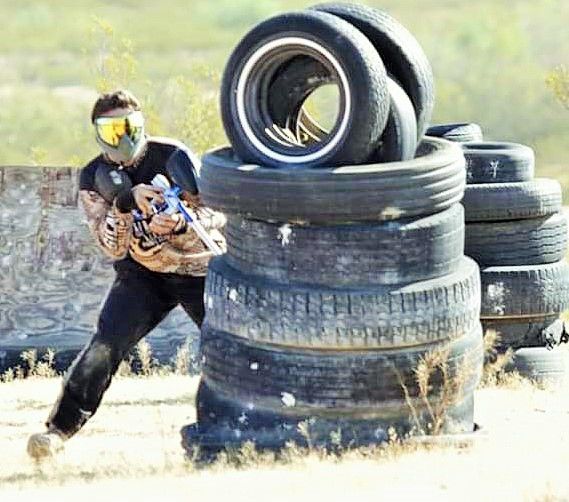 Ben Schysm looks to make his next move.

From left to right Alex and Kaden Lines try to run with out getting shot with a paintball.

Plenty of paintballs were whizzing by and splattering as players ran, ducked and dodged at Dry Lake Park in Safford Saturday.

Saturday was the monthly meeting of the Gila Valley Paintball Club.

Paintball is an extreme sport in which players try to eliminate opponents by shooting each other with paintballs while running around obstacles and through terrain either inside or out. Players are eliminated when they are shot and covered in dye.

According to paintballfreedom.com, the average paintball gun can shoot paintballs at a rate of 190 mph/280 feet per second, thus players are required to use protective gear.

Stan Bonifacio started the club in June 2015 and it consists of family, friends, co-workers, and others that meet one to two times a month for Woodsballs or Speedball games.

If you want a fast, action-packed game, go with Speedball. It lasts 10 minutes and if you are hit once, you are out. If you want a slightly slower, more strategic game, go with Woodsball. In a Woodsball game, players spread out more and hide, which makes for a longer game.

“When I step on the field I try to help my team out anyway I can,” he said. “I like playing Speedball because it’s a fast game and you have to make decisions fast. Sometimes it’s not about how good you are but how bad you really want it.”

What does it feel to get hit by a paintball?

“A slight sting, depending on the distance shot is from. Wear loose clothing helps a little bit,” said Bonifacio.

The club is completely informal, meaning there are no fees or membership rolls and it’s open to all experience levels, genders and ages, Bonifacio said.

“We want to ensure that all the players see paintball as a fun activity in which fair play and sportsmanship are valued higher than winning,” he said in an email.

Paintballing started 30 years ago, in June of 1981, and is played all around the United States.

“As for popularity it’s really popular especially in the bigger cities, but for this area paintball is not as popular as we would like ,” said Weston Bushman who is the Co-Organizer for the Gila Valley paintball club.

Everyone is welcome to come out and play. Those who don’t have gear just need to show up with paintballs, as many players have extra gear they are willing to lend.

“I have been playing paintball for two years and I love the adrenaline rush I get while I’m playing,” said Kaden Lines. “Paintball is a fun game and it helps get me out of the house. After losing a match I don’t think of revenge, I just know that it helps make me a better player. We don’t just catch one ball or kick one ball we dodge 250 paintballs at one time.”

For more information on the club and game schedule, go to facebook.com/gilavalleypaintballclub.