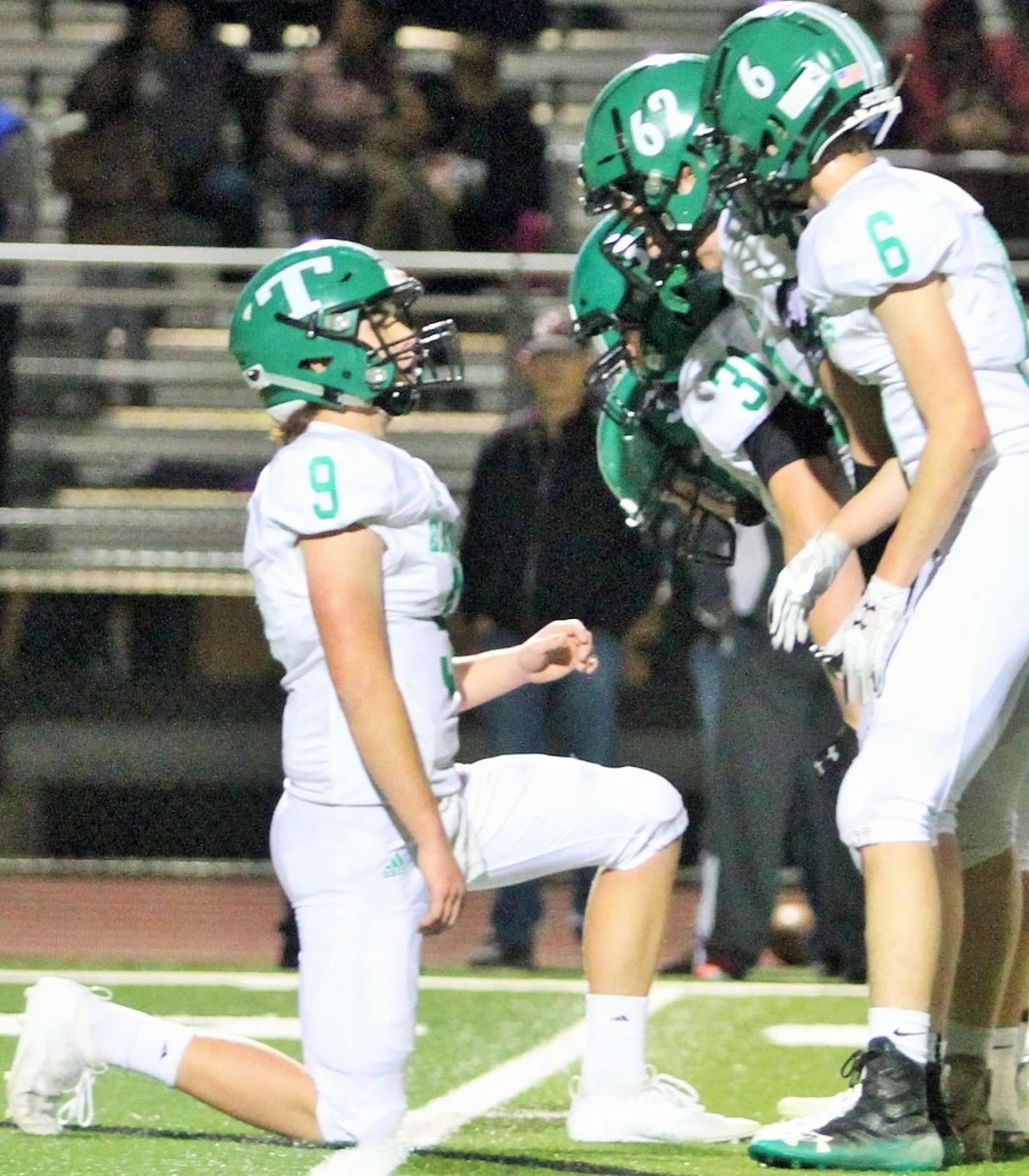 The Eagles will be playing their first season in the 3A South Region. 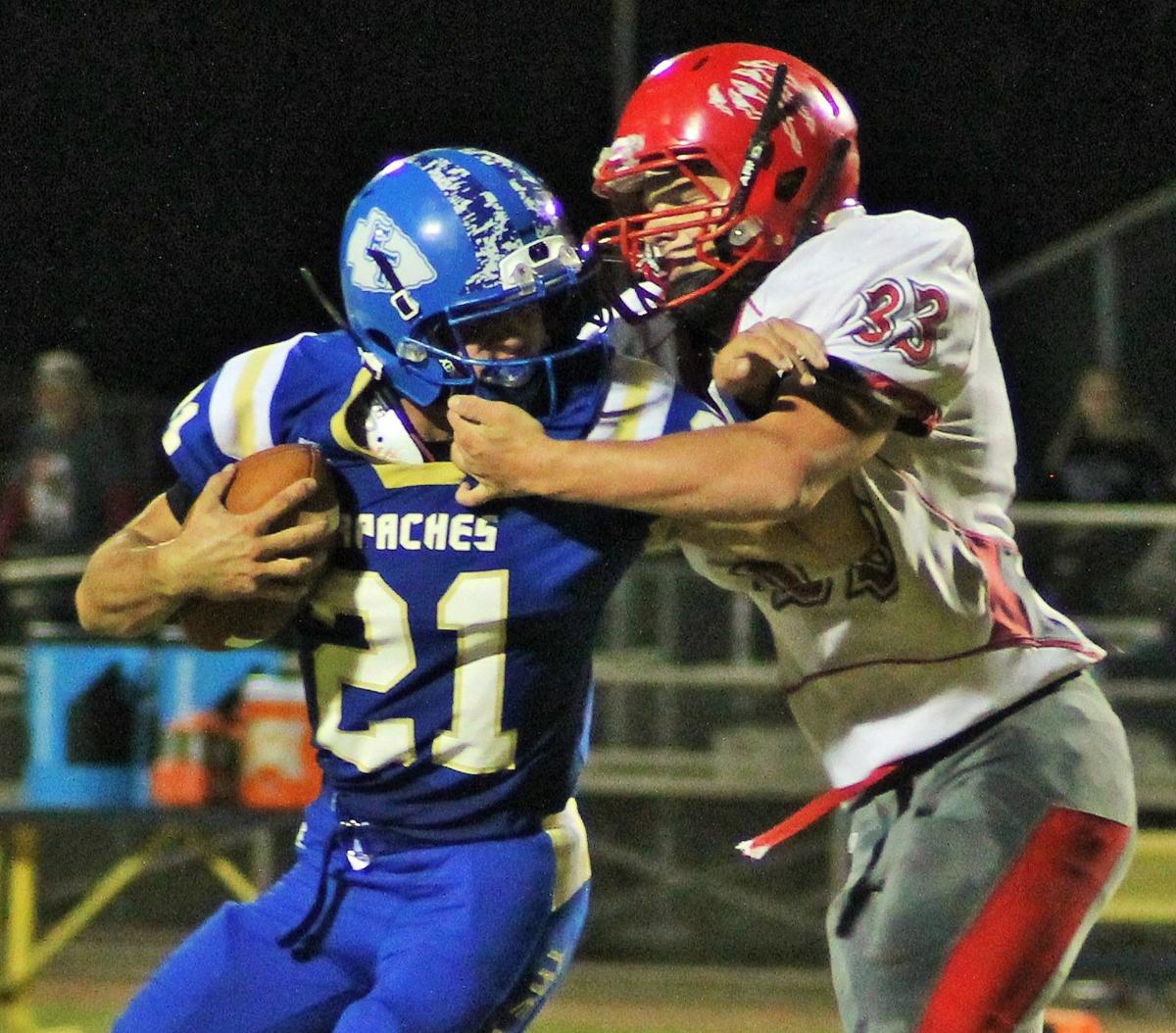 Safford's Justin Torrio (7) catches an interception in the second quarter.

The Eagles will be playing their first season in the 3A South Region.

Safford's Justin Torrio (7) catches an interception in the second quarter.

Although the preseason might look a little different for high school football teams because of COVID-19, coaches and players are excited about heading back to the gym.

“I have been with the players for two weeks now, and I’m very impressed,” said Thatcher High School’s head football coach Daniel Jones. “We have some real hard-working players, and I’m super excited.”

Jones is entering his first season as the football head coach. He served as a defensive coordinator and assistant coach for the past 14 seasons at Desert Ridge High School.

“We will be going into our third week of strength and conditioning, and we’ve done everything we can in Phase One, and we would like to move onto Phase Two so that we can start doing some more in-depth team practicing,” said Jones.

Thatcher, which won three state titles in a row and then made it to the semifinals last season, is joining Safford in the 3A South region this year.

“I don’t like the AIA system,” Jones said. “It seems like the AIA is punishing teams for success if you work hard and do good, they are going to push you up until you can’t compete, so no I’m not a fan of this system. I think if our school is large enough to compete with these larger schools then put us there, but I don’t feel they should put us there just because we have been successful.

Fort Thomas High School’s head football coach Bracken Walker was hoping to head back to the gym on Monday. The San Carlos Apache reservation was scheduled to be on lock down until June 22.

“We are doing everything to reintegrate and protect our athletes safely,” she said.

She said that, unfortunately, the Bulldogs are still short a head coach.

“When hiring a football coach, most coach candidates need a teaching job, and we don’t have many positions available at the moment. Therefore we are still searching,” said Torey Leitzke, principal of Safford High School.

It’s unknown how many people have applied for the position.

“So far, none of the assistant coaches from last season have applied for the head coaching position,” said Toni Corona, SHS athletic director. “I do not feel comfortable sharing information on how many applicants have applied or how many we have rejected for the position. We do not have a coach hired at this time.”

The Bulldogs won the 3A South division last season and went 8-2 under Hjalmarson. He led the Bulldogs to a 14-5 record during the two years he was coach and lead them to the playoffs both seasons, only to fall short in the first round.

Players are hoping to have a new coach before the first game of the season. The Bulldogs’ play Payson High School Aug. 21.

“We are all very frustrated about not having a coach this deep into the summer,” said senior running back/defensive end C.J. Scrivner. “With us not having the same coach or even the same staff, it may be possible that the offensive and defensive playbooks that we have had since middle school may be thrown out with our new coach. And if that does happen the new coach will expect us to learn the new playbooks within a couple of weeks when we could’ve had the whole summer to learn it.”

Scrivner also said that he never loses faith or hope. He still believes the team can have a perfect season, and this season will be good with the right coach and a very pumped up team.

Arizona Gov. Doug Ducey announced May 28 schools will be allowed to reopen this fall. On the same day, the Arizona Interscholastic Association executive board endorsed a set of recommended guidelines for what a safe return to competition could entail.

The AIA recommended the following re-entry guidelines for the return of high school sports:

Phase 1: allows for group activities of no more than ten people with an on-site coach and activities cannot be conducted at public facilities.

Phase 2: calls for group activities to be upped to no more than 50 people and requires an on-site coach. Public facilities would remain closed for the activities.

Phase 3: reopens public training facilities and doesn’t limit the number of people allowed to participate. It also doesn’t require social distancing, although the AIA recommends it.

Players also cannot give each other high fives, fist bumps, or hugs, and each athlete shall have his own ball, protective gear, and additional equipment.