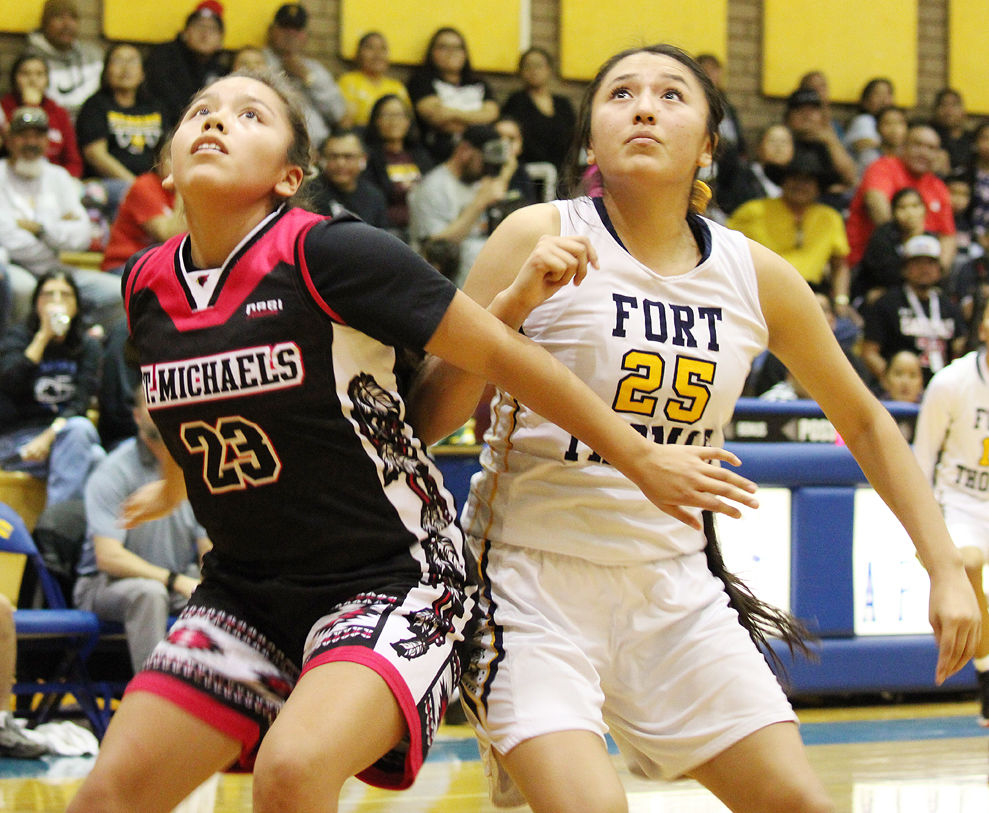 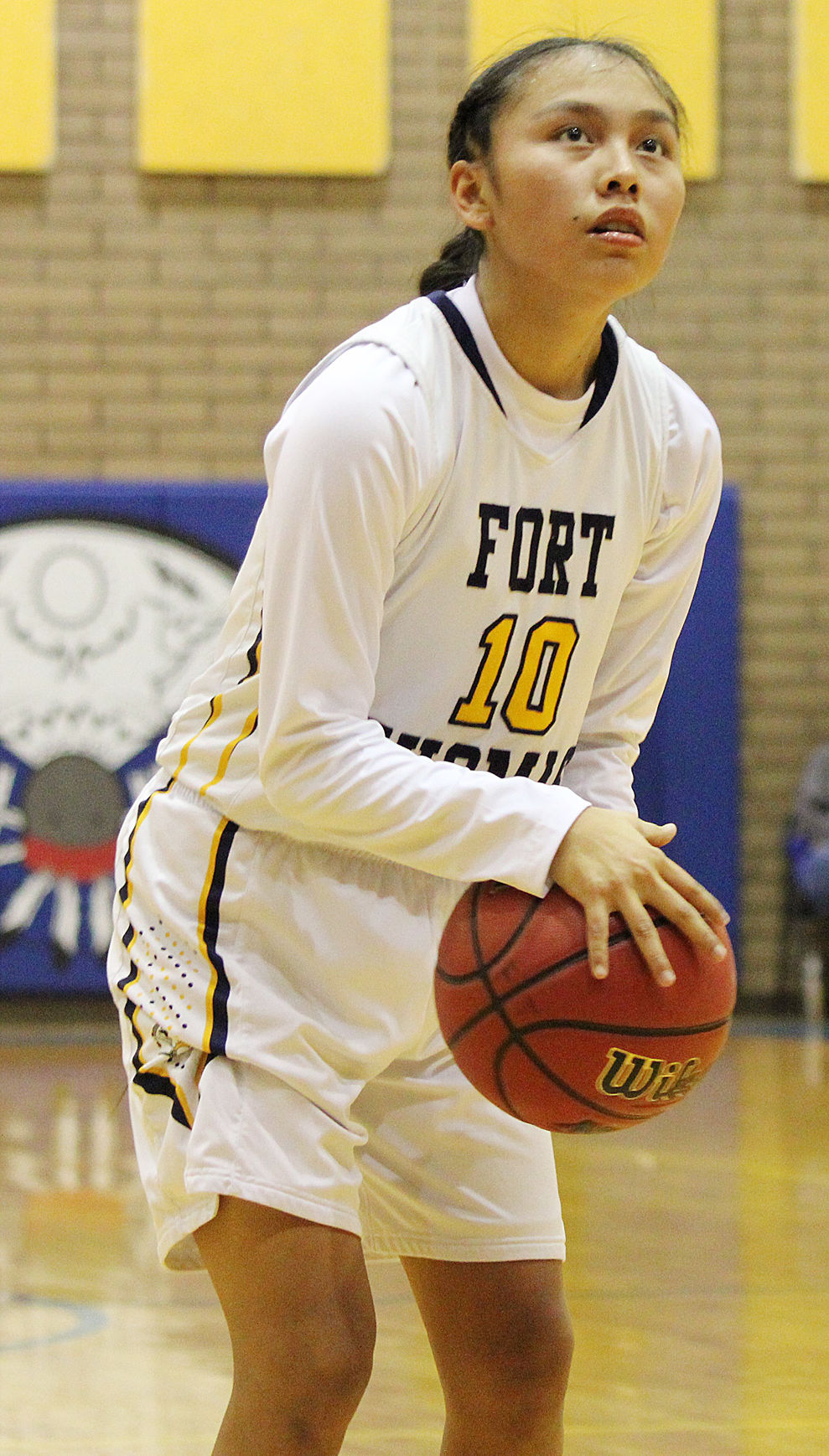 The Apaches’ Chase Stanley (10) shoots one of her two free throws.

The Apaches’ Chase Stanley (10) shoots one of her two free throws.

FORT THOMAS — Welcome to the Fort, with a sold-out gymnasium and two of the best teams in the conference.

Fort Thomas went into Saturday’s game as a massive underdog to St. Michael’s and left the game with an upset victory.

“Being down at halftime, our coach told us to get ourselves out of our heads and play like we usually play. We usually start slow in the first half and then pick it up in the second half and we pulled through and played as a team,” said Fort Thomas’ Vivianna Talgo.

Talgo finished the game with 11 points.

The Cardinals got off to a fast start, outscoring the Apaches, 14-2, in the opening quarter.

The Apaches couldn’t seem to find an answer and continued to struggle on both sides of the ball, which forced them to go into halftime down, 27-16.

Fort Thomas came out of the locker room charging, with Chase Stanley hitting a 3-pointer from the right-wing that started a 14-2 run in the early third quarter.

St. Michael’s full-court trap defense was starting to collapse as well as its offense, going 0-for-6 from the field. St. Michael’s could only muster 4 third-quarter points.

The Apaches had their first lead of the game, up, 34-31, over the Cardinals to start the fourth quarter.

Both teams were exchanging baskets as well as three different lead changes midway through the quarter.

Being up by 4, Talgo was on a fast break when she crossed up a Cardinals’ defender that made her trip over her own feet and left a wide-open lane for an easy lay-up. After that ankle breaker, the Apaches were able to hold onto the lead as time ran out.

“It was a tough loss, and we didn’t finish what we started,” said St. Michael’s Yazmne Slim.