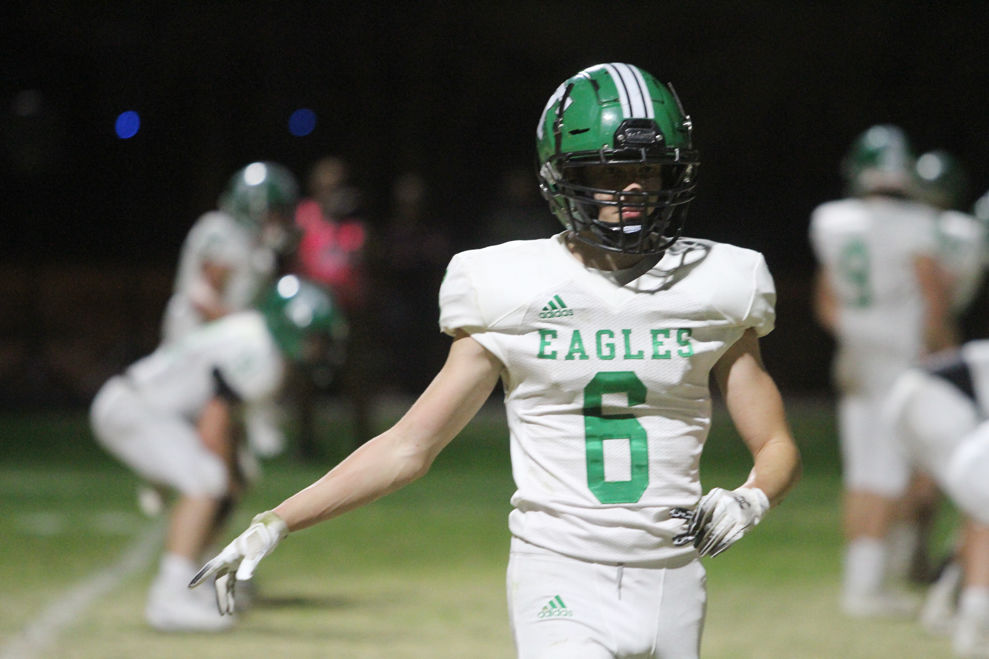 Thatcher’s Kyle O’Donnal (6) had two receiving touchdowns in the win over the Crimson Knights. 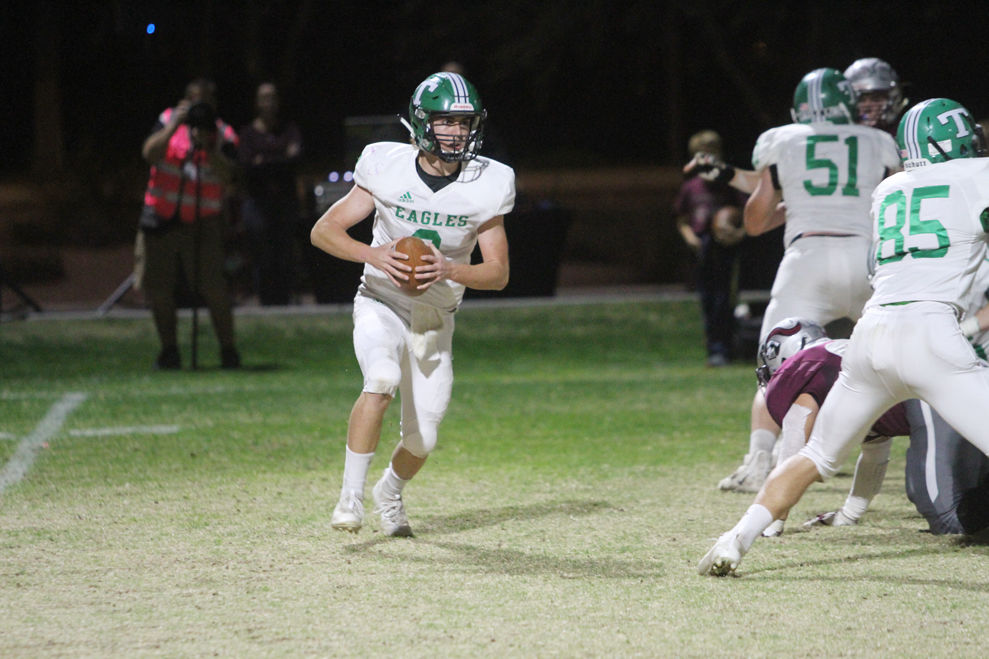 The Eagles’ Mark Wren (9) executes the option play in the early part of the second quarter. 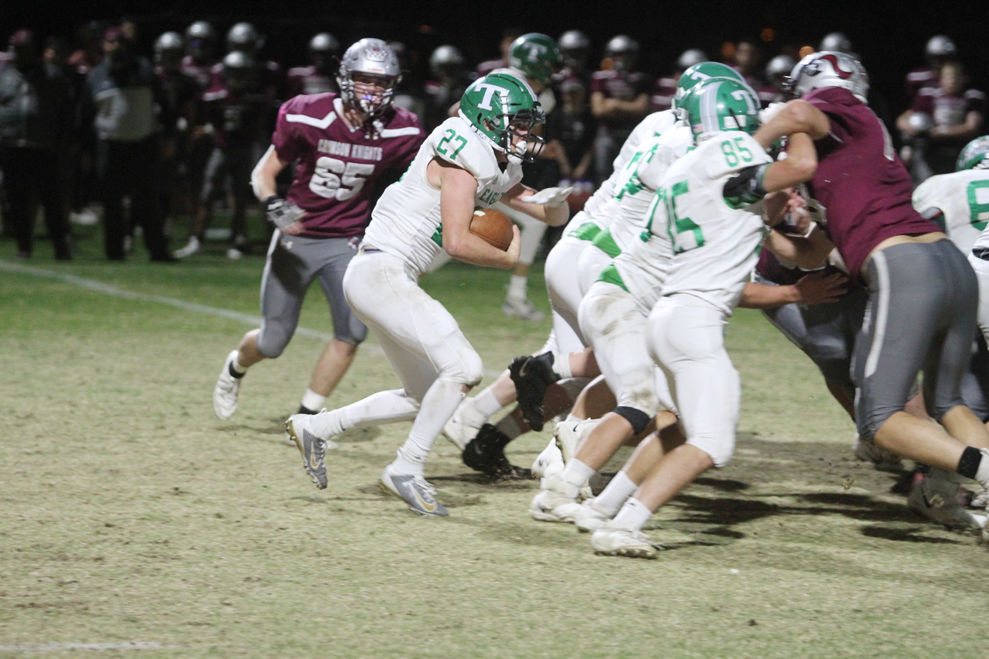 Thatcher’s Brik Skousen (27) looks for some running room late in the fourth quarter.

Thatcher’s Kyle O’Donnal (6) had two receiving touchdowns in the win over the Crimson Knights.

The Eagles’ Mark Wren (9) executes the option play in the early part of the second quarter.

Thatcher’s Brik Skousen (27) looks for some running room late in the fourth quarter.

GOODYEAR — Defense, line protection and passing touchdowns are all that were needed for the Thatcher Eagles to get into the 2A semifinals.

The No. 7 Thatcher Eagles upset the No. 2 Trivium Prep Crimson Knights, 21-7, on Friday night.

“We kind of knew that everyone was betting on the other team, but we like being the underdogs and like when other people bet against us,” said Thatcher wide receiver Kyle O’Donnal. “The key ingredient to us winning was the lineman for sure; they are our whole entire team. If they don’t do well, we lose the bottom line.”

The Eagles defense was hitting hard and forcing the Knights to punt all night long, which was one of the key factors for the Eagles win.

Toward the end of the first quarter, the Eagles got on the scoreboard when Mark Wren dropped back in the pocket and found a wide-open O’Donnal for a 45-yard touchdown pass.

Wren threw for two touchdowns and rushed for a third, while O’Donnal had two TD receptions.

To start the second quarter, Trivium Prep recovered a Thatcher muffed punt that put the ball on the 10-yard line. After a fumble in the end zone, August Hubbard fell on it and tied the game at 7-7.

Driving the ball downfield, the Eagles took advantage of mixing the short passing game and running offense to put it in the end zone, giving them a 14-7 lead heading into halftime.

After a scoreless third quarter, the Eagles turned the lights out with a 40-yard touchdown reception by O’Donnal that will move Thatcher on to the semifinals.

Thatcher will head to Phoenix to play the No. 3 Phoenix Christian Cougars on Saturday, Nov. 23, at 6 p.m., in the semifinal game.