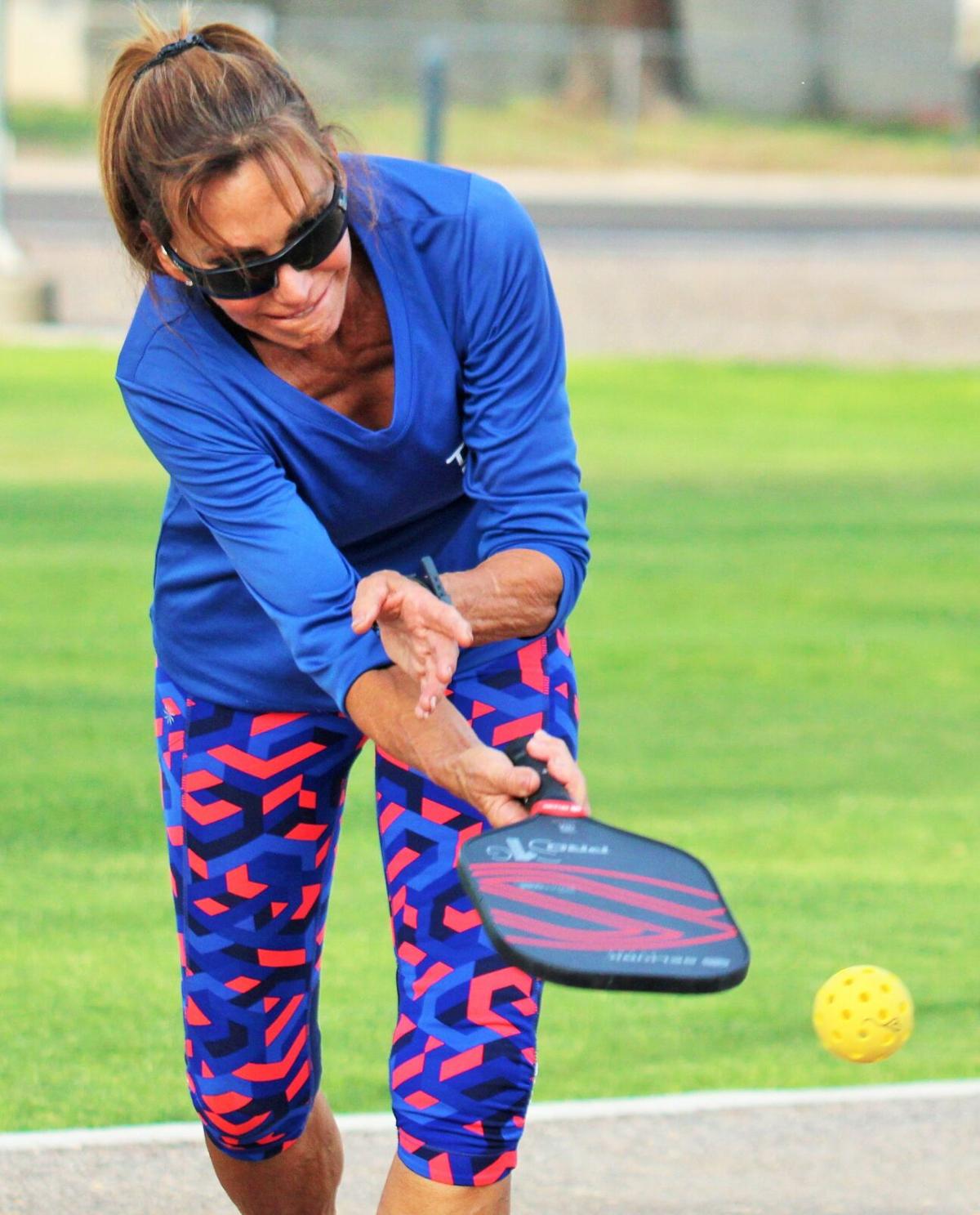 Valorie Michaud returns the ball over the next in a singles game. 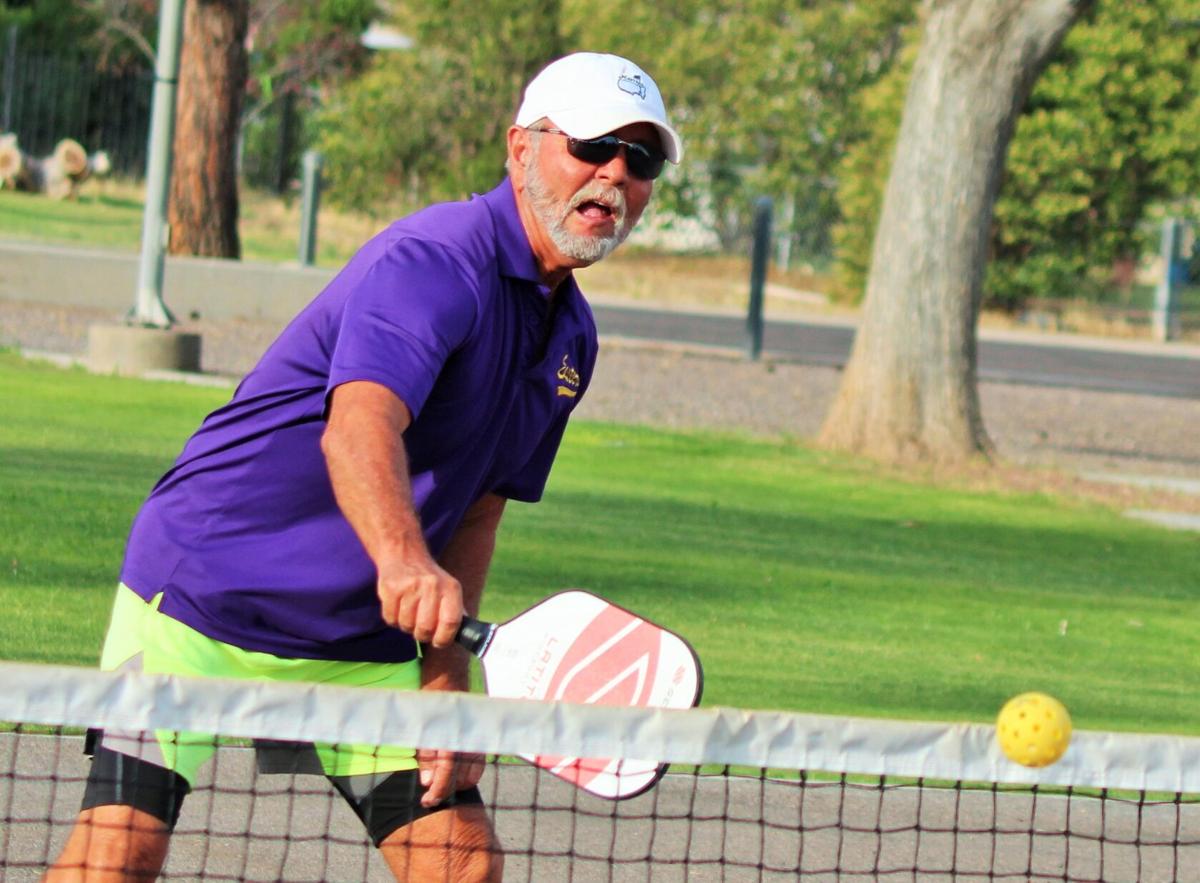 David Ridlon hits the ball over the net. 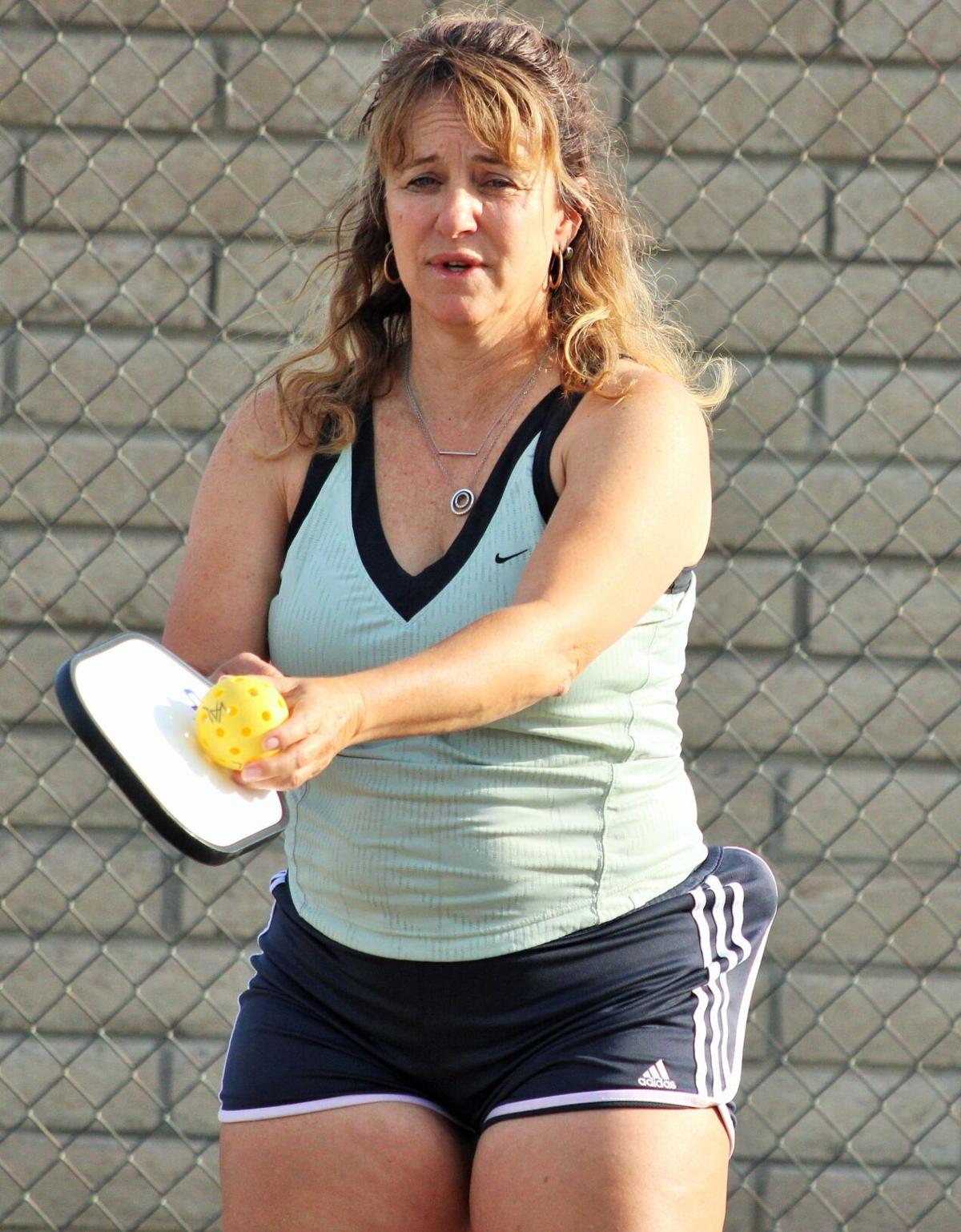 Michelle Wilson gets ready to serve the ball over the net to her opponent.

Valorie Michaud returns the ball over the next in a singles game.

David Ridlon hits the ball over the net.

Michelle Wilson gets ready to serve the ball over the net to her opponent.

One of the fastest growing sports in America has arrived in Thatcher.

Pickleball is a sport that involves is a paddle, a ball with holes in it, and is a game created for all ages and skill levels. The sport combines many elements of badminton, tennis, and ping-pong and can be played indoors or outdoors on a badminton-sized court with a slightly modified tennis net. It was invented in 1965 in Bainbridge Island, Washington by three dads, Joel Pritchard, Bill Bell, and Barney McCallum.

Valorie Michaud, association ambassador, would love to see the sport grow even more in the community, going so far as to offer anyone interested in learning how to play free lessons.

“We’re trying to get the word out there about the game of pickleball, and educate residents about pickleball and get people interested in playing,” she said.

The association has even approached Eastern Arizona College and the Boys and Girls Club interested in picking up the sport, Michaud said.

“We’re also trying to contact some gyms around the area (to see if they) would let us play indoors, especially during the summertime.”

Michaud said a few months ago she and 20 others spoke up at a city council meeting in Thatcher about putting in indoor courts and they’ll be seeking funding from the United Way for indoor pickleball courts, too.

She’s hopeful both will come through sometime in the future.

“I have been playing pickleball for two months now, and so far, I love it,” said local pickleball player Jesse Willis. “I would like Gila Valley to know that the need to get out and not just sit at home and stare at the walls, come out here and get some fresh air and a little bit of exercise.”