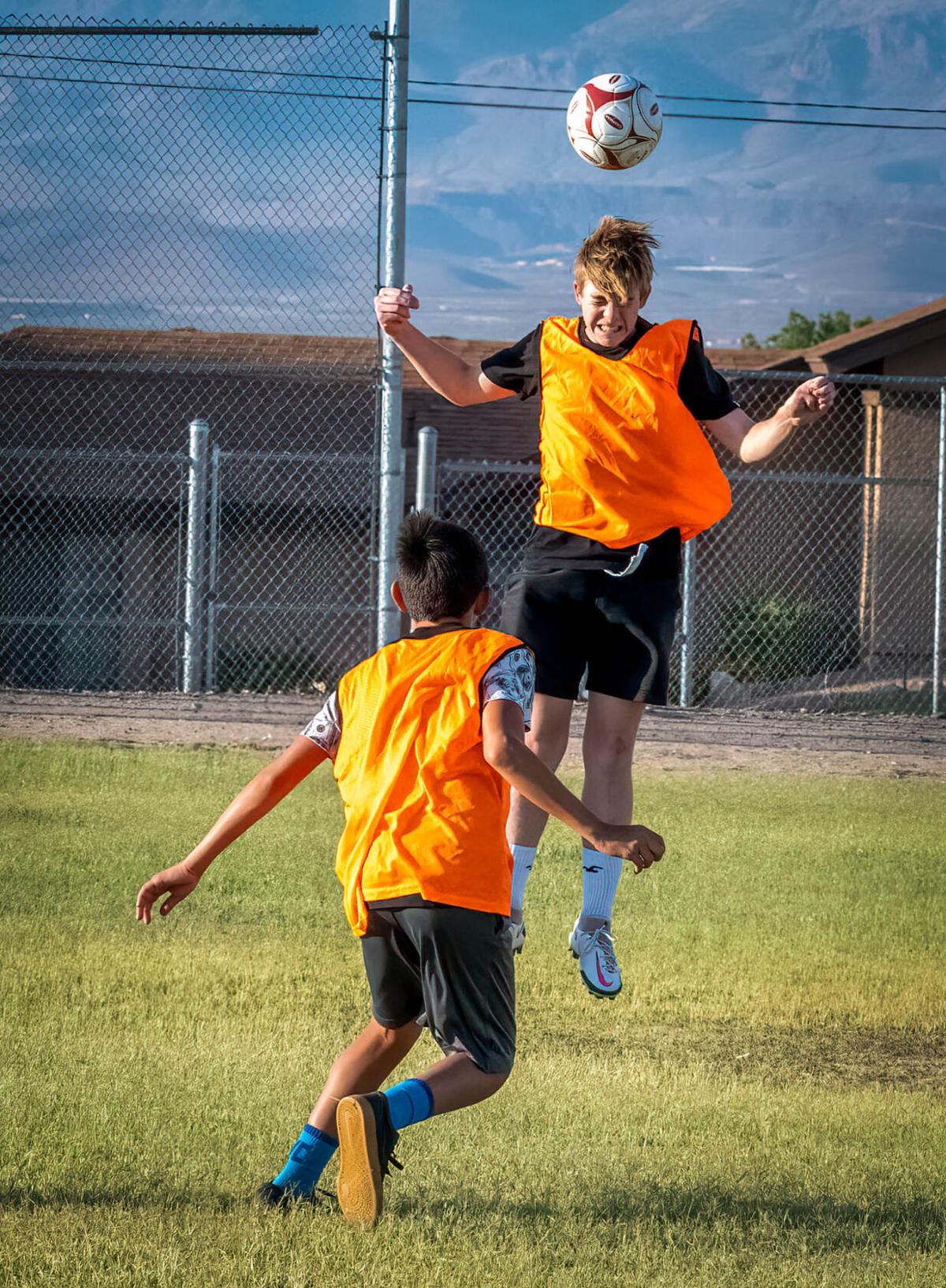 Brasen Penrod grimaces after passing the ball with his head. 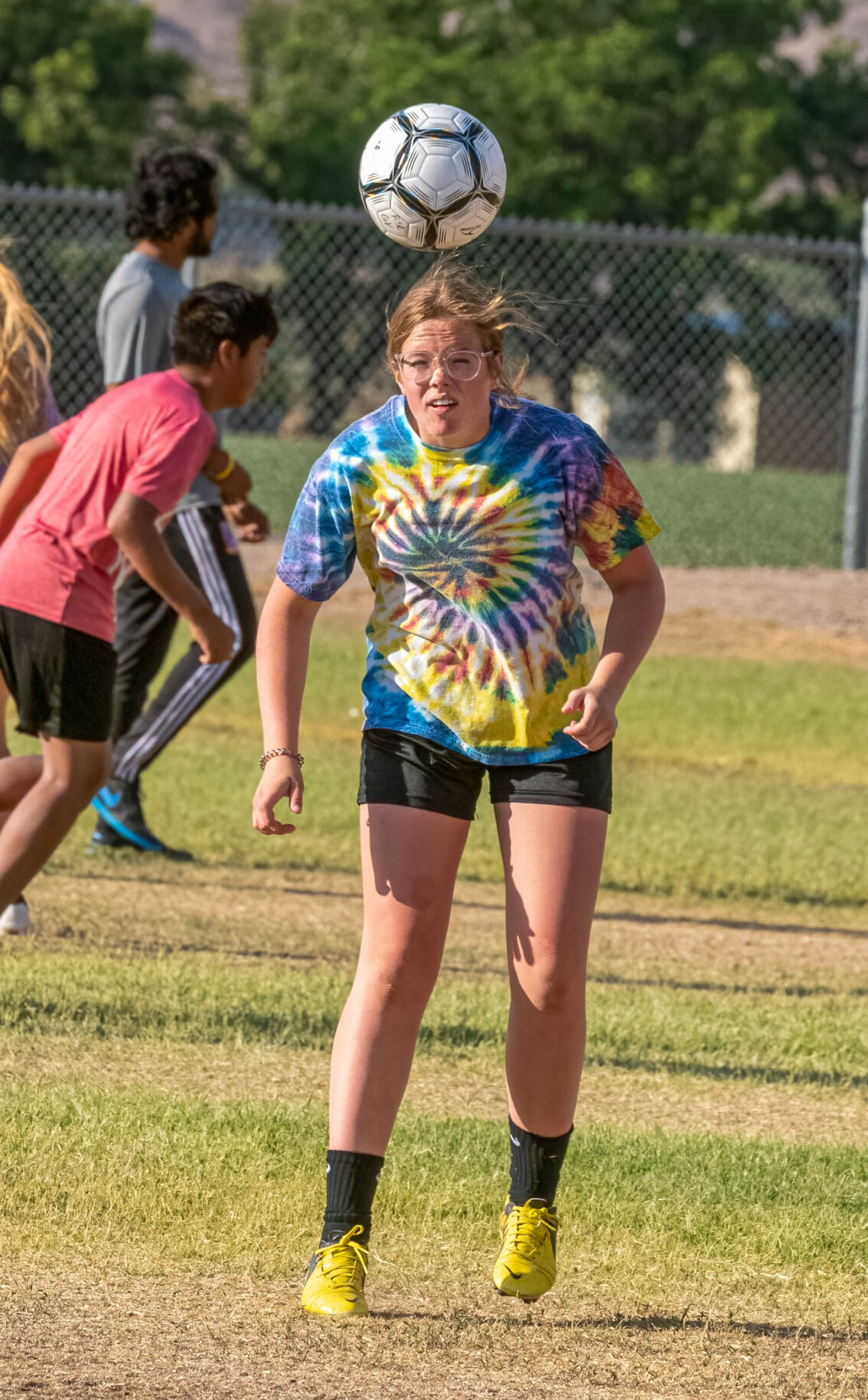 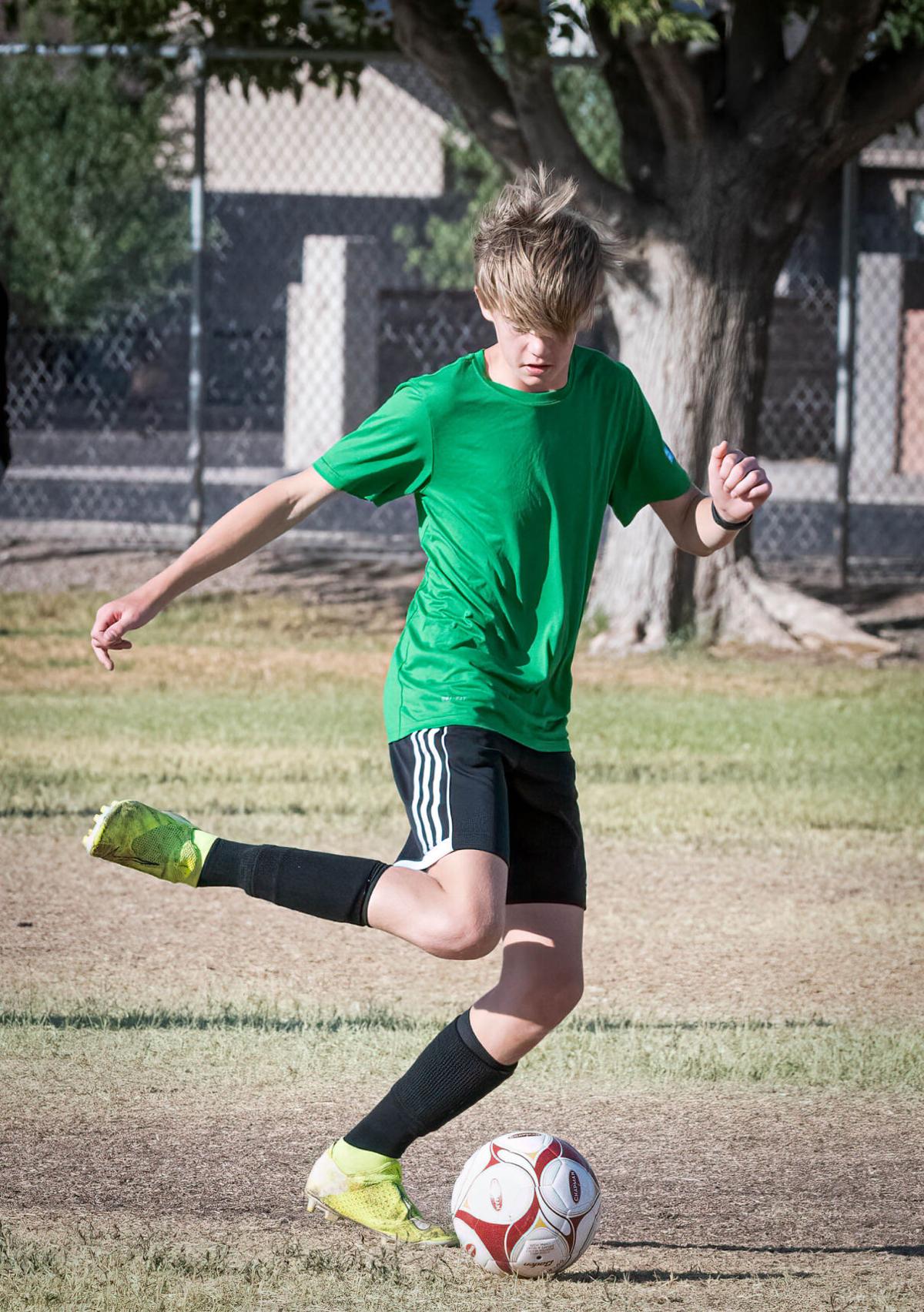 Tanner Smith works on his footwork. 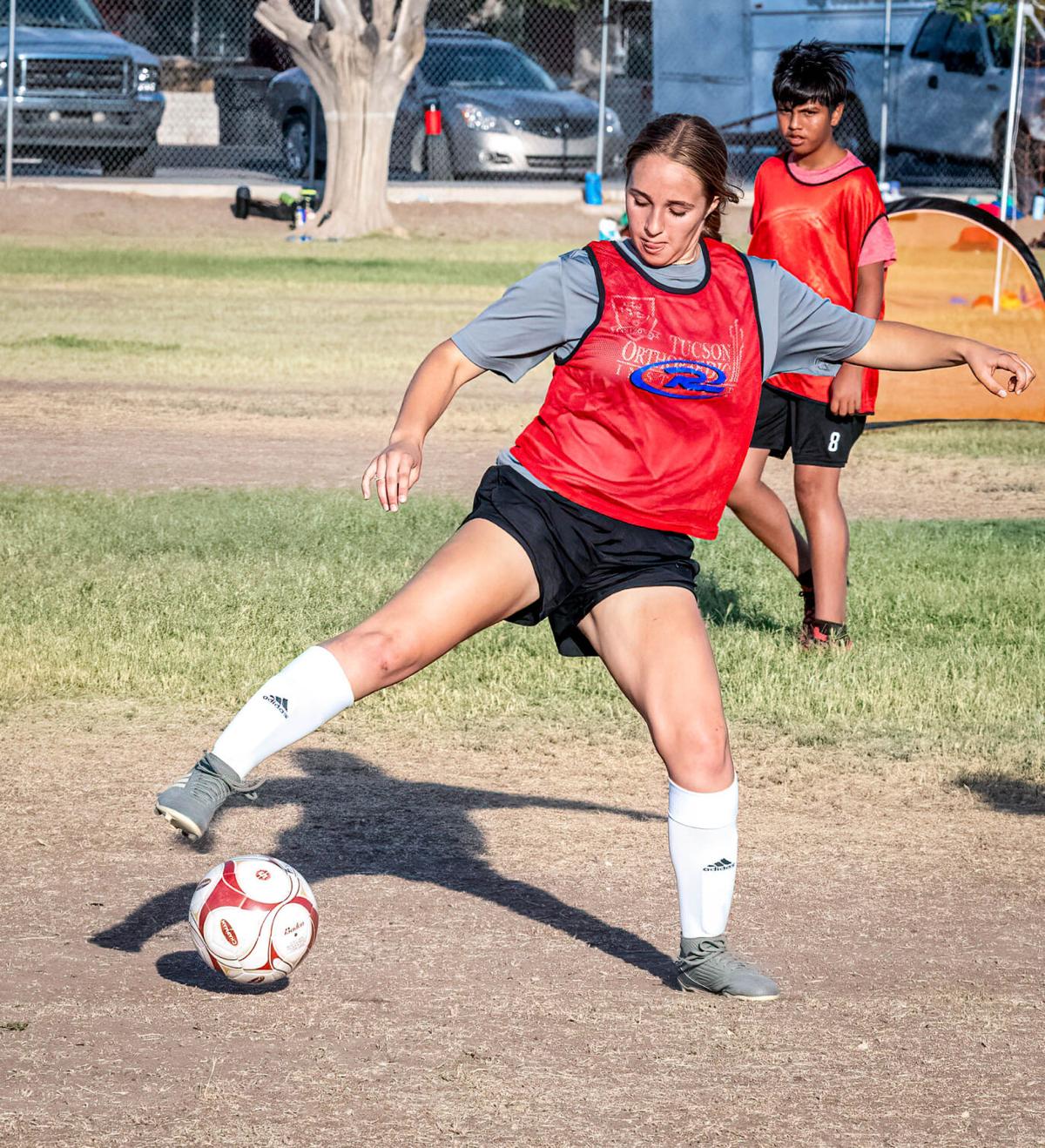 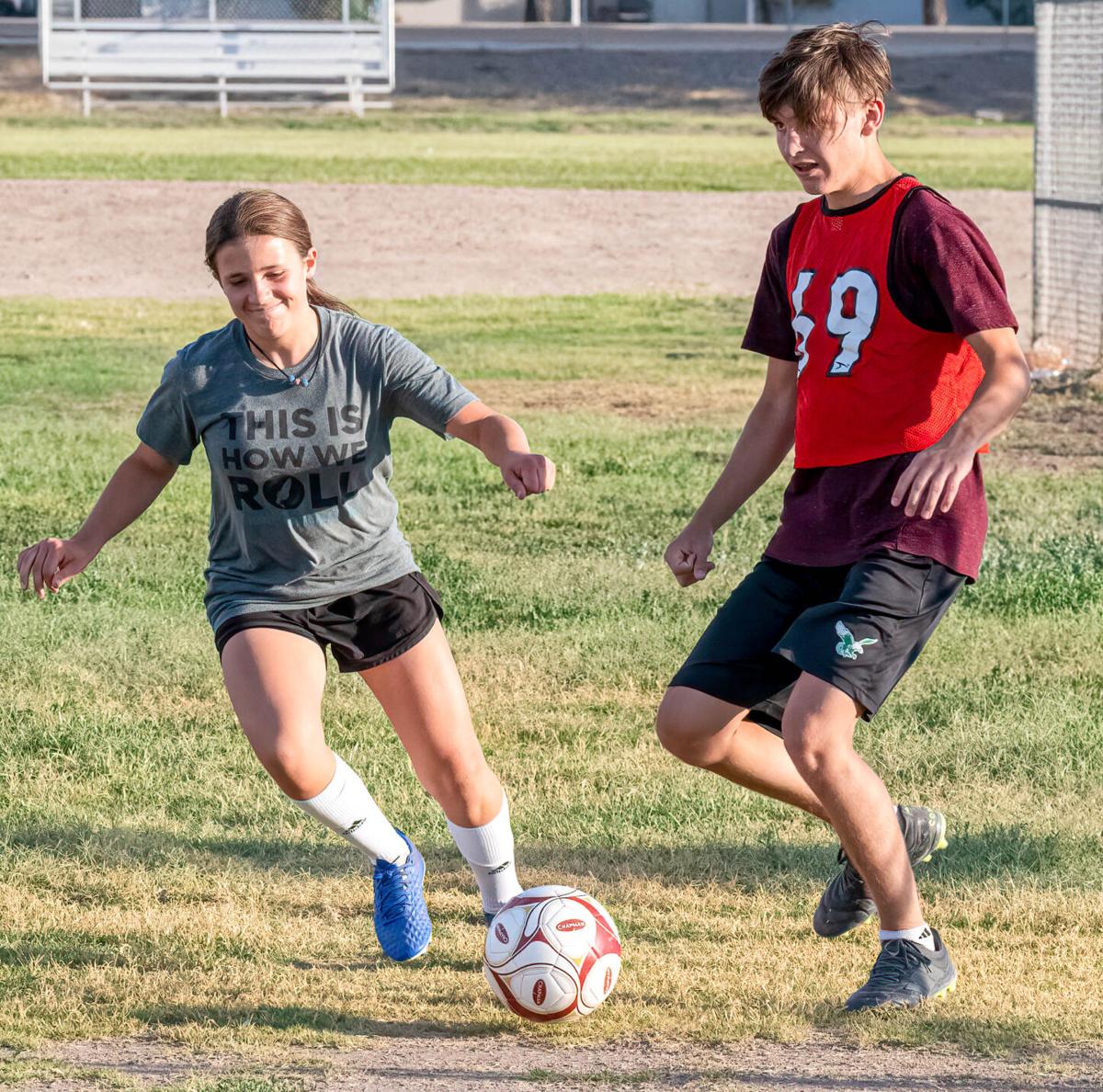 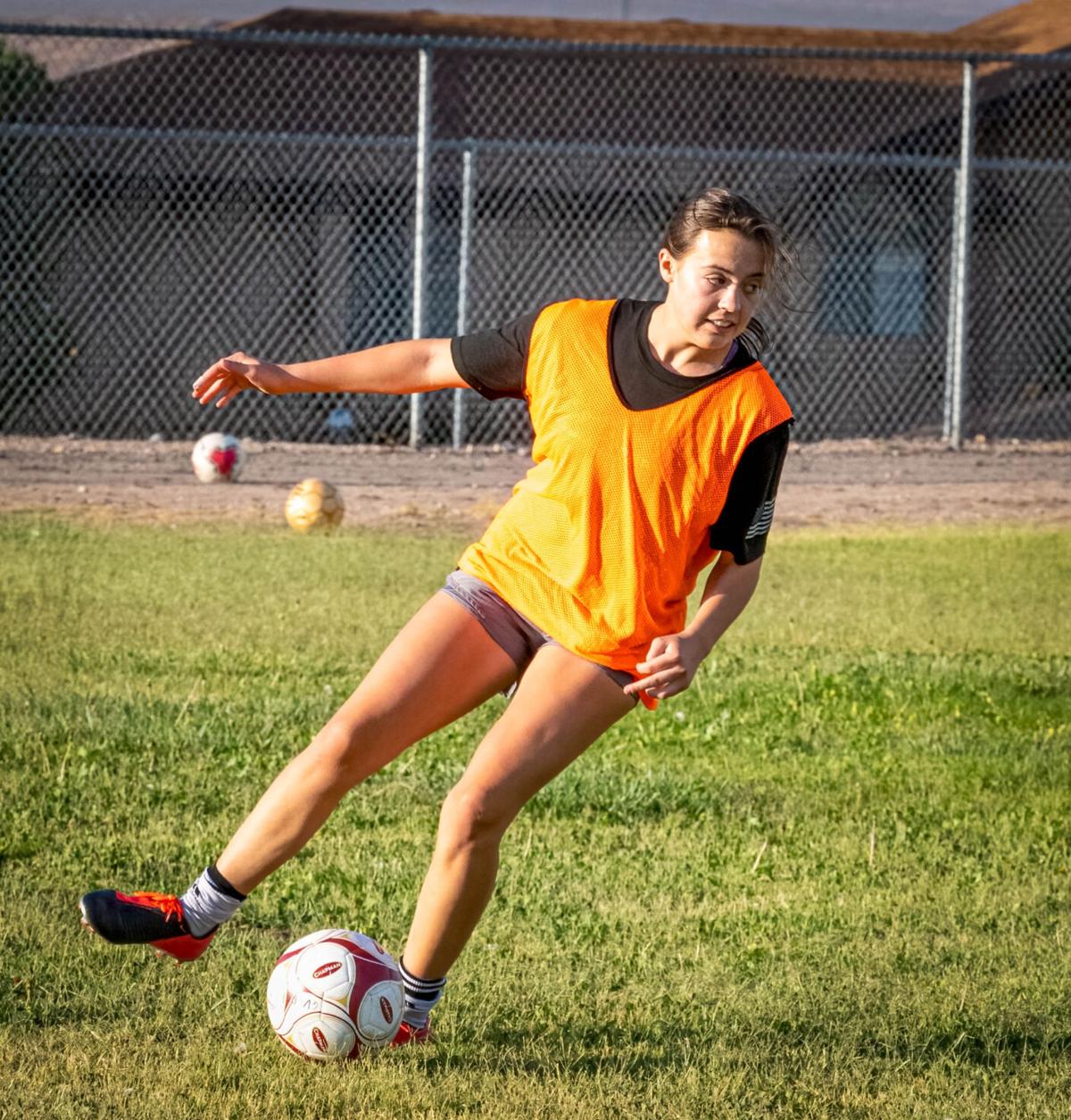 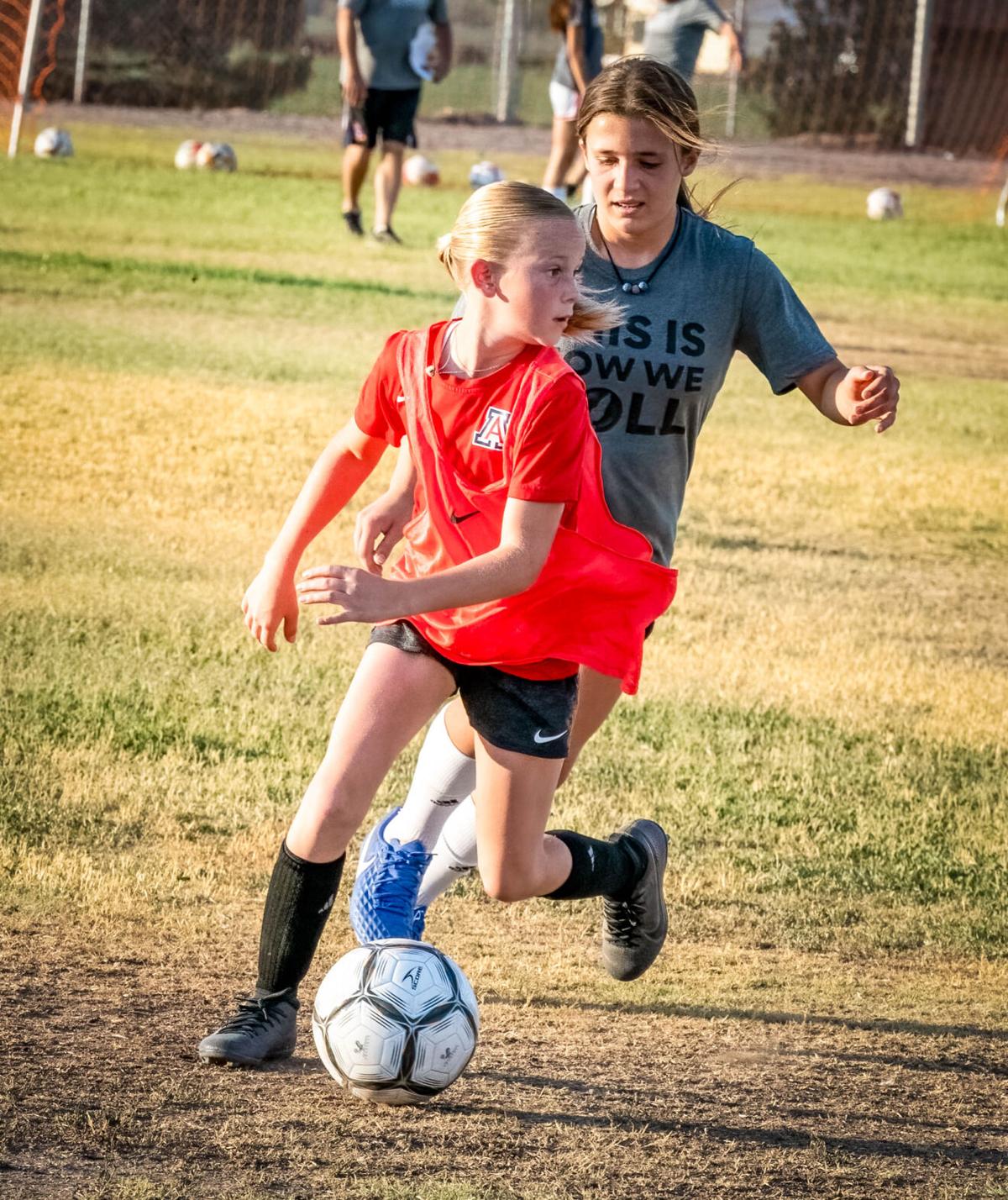 Kalli Bingham and Jade Richardson vie over the ball.

Brasen Penrod grimaces after passing the ball with his head.

Tanner Smith works on his footwork.

Kalli Bingham and Jade Richardson vie over the ball.

Last week 110 local youth soccer players were treated to three days of intense soccer training. The camp was focused on drills aimed at improving their skills, footwork and broadening their understanding of soccer in general.

The camp for ages, 8-18, was put on by the local RSL-AZ Southern Arizona Soccer Club-Gila Valley (Real Salt Lake-Arizona).

The local teams, broken down by age and gender, are “Road Warriors” and play all of their games on the road, which means a big commitment by not only the players, but their parents as well, said Beth Motes, team manager.

“Most tournaments guarantee three games with a fourth game for championships.

It is typical for club soccer teams to participate in three or four tournaments each year between fall and spring.

Sometimes teams with small numbers have to reach out to other communities to add players to their rosters; In the past Gila Valley teams have combined with players from Sahuarita.

Last season the local club could only field two girls teams. Motes says they are continuing to work with players and their families to grow the number of teams in the coming year.

“The two ‘halves’ of those teams practice separately with coaches doing similar practice, drills etc. When those two parts come together to play, coaches from each team are represented on the field to help eliminate confusion amongst the players and make sure everyone is on the same page,” Motes added.

“My style of soccer play and coaching is, ‘Attack attack, attack’. We still attack, but with these other coaches now we are learning more strategy, a more patient way to play. Having an international team of coaches is great for the kids, they are being exposed to lots of different ways to play the game. Soccer is a little different in every part of the world.”

If you have any future questions about the program, contact Adams at david.adams697@gmail.com