Safford’s Brianna Camerna (20) hits a 3-pointer in the first quarter. 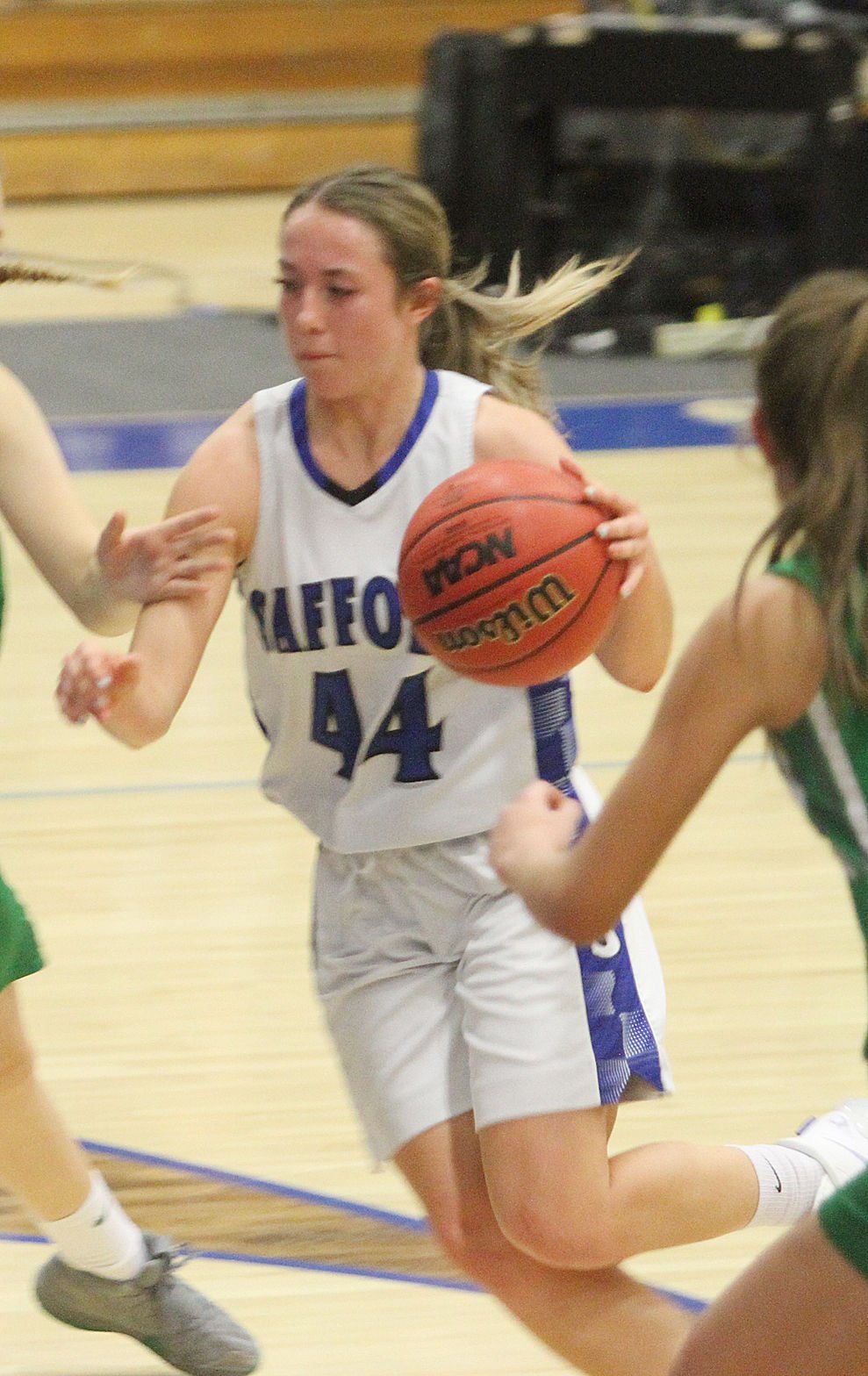 The Bulldogs’ Jessica Bright-Schade (44) drives the ball to the hoop late in the fourth quarter. 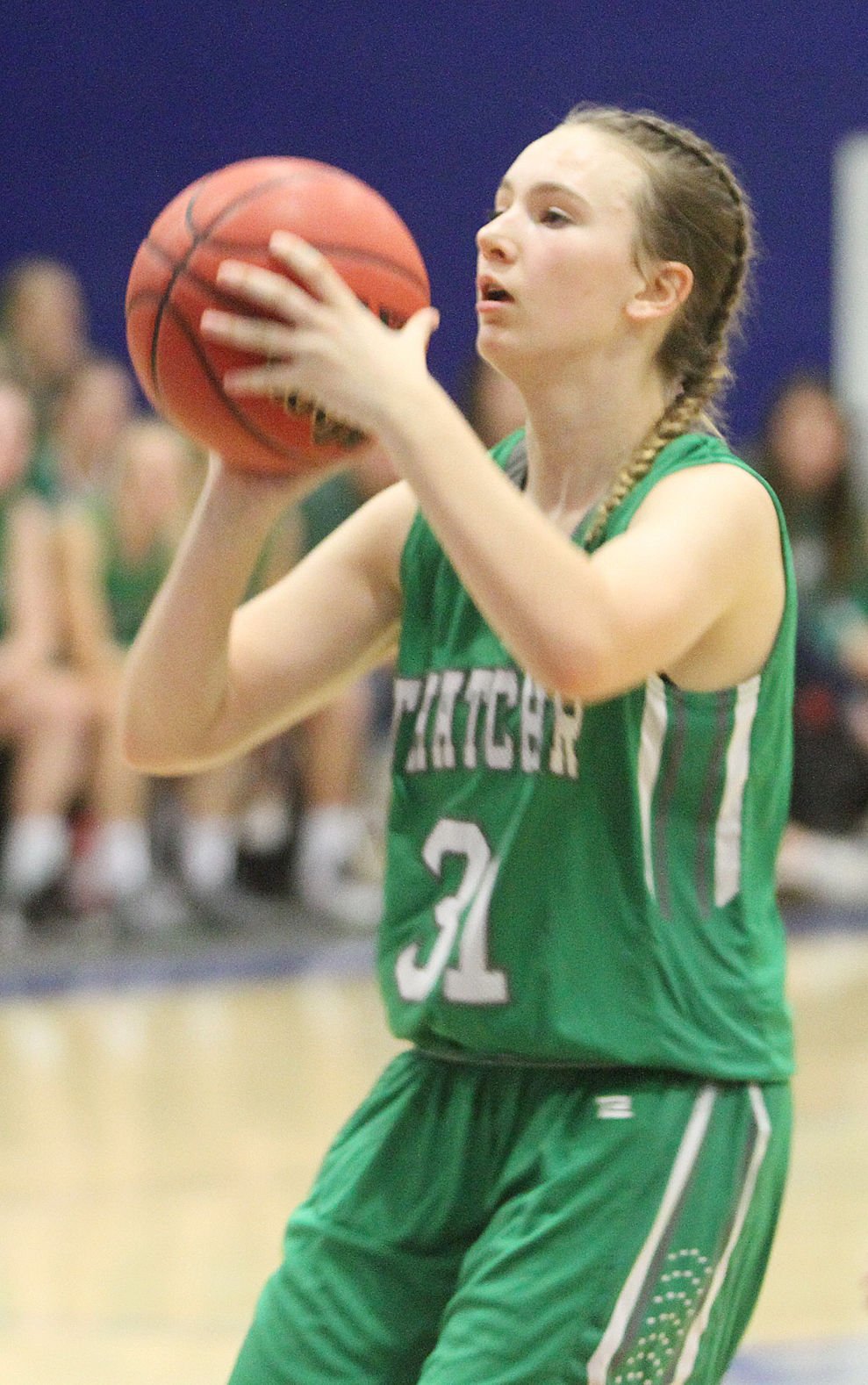 The Eagles’ Haley Nicholas (31) shoots a 2-pointer in the second half.

Safford’s Brianna Camerna (20) hits a 3-pointer in the first quarter.

The Bulldogs’ Jessica Bright-Schade (44) drives the ball to the hoop late in the fourth quarter.

The Eagles’ Haley Nicholas (31) shoots a 2-pointer in the second half.

SAFFORD — After being down early in the game, Thatcher got its grove and took down Safford to tip-off the 2019-20 season.

The Lady Eagles beat the Bulldogs, 59-50, on Wednesday night.

“Tonight’s win was due to hard work, teamwork, and we just wanted to win and kick some butt,” said Thatcher’s Haley Nicholas.

The Lady Bulldogs got off to an early 6-0 lead, thanks to an early 3-point shot from freshmen guard Brianna Camerna, who then got the ball on the next offensive drive and took it to the hole for a lay-up and foul.

After two Safford turnovers, Thatcher took advantage and went on a 9-0 run, giving the Eagles a 20-11 lead heading into the second quarter.

The Eagles dominant defense held the Bulldogs to 4 points in the second quarter. Nicholas hit a deep 2-pointer, which led to an 8-0 run. With two seconds left in the half, the Eagles’ Marleigh Nicholas hit a deep 3 to give her team a 33-15 lead heading into the locker room.

To start the second half, both teams were playing aggressive on both sides of the ball, as well as exchanging baskets. Eagles forward Karlee Lords helped give her team a 15-point lead heading into the fourth quarter, with her ball-handling skills and hitting three wide-open jump shots.

Being down by 15 to start the fourth quarter, the Bulldogs found some momentum, with some great passes down below the basket. The Bulldogs’ Cambry Cluff and Jessica Bright-Schade helped the Bulldogs go on a 7-2 run, which helped them cut the lead down to 7 points; however, that run was a little too late.

“We came out very slow at the beginning. We had a lot of nerves, I think, because we are young at some positions. Overall, I was really happy how we finished the game and that is something to build on,” said Saffords head coach Robert Abalos.