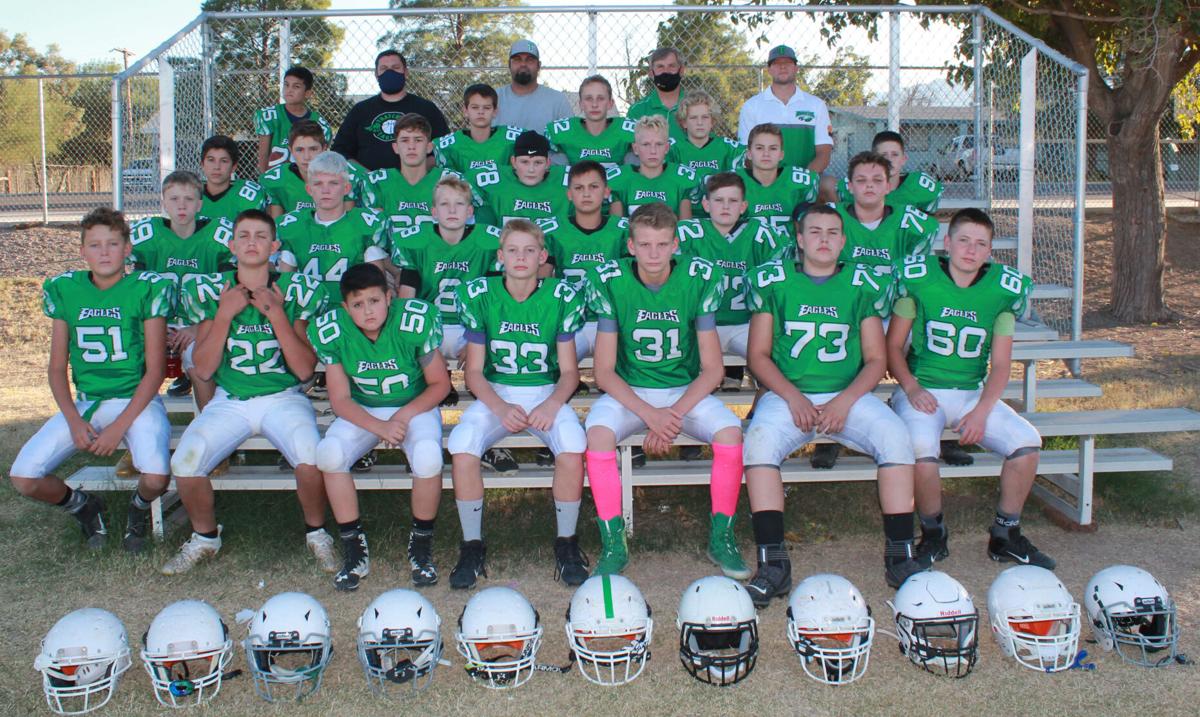 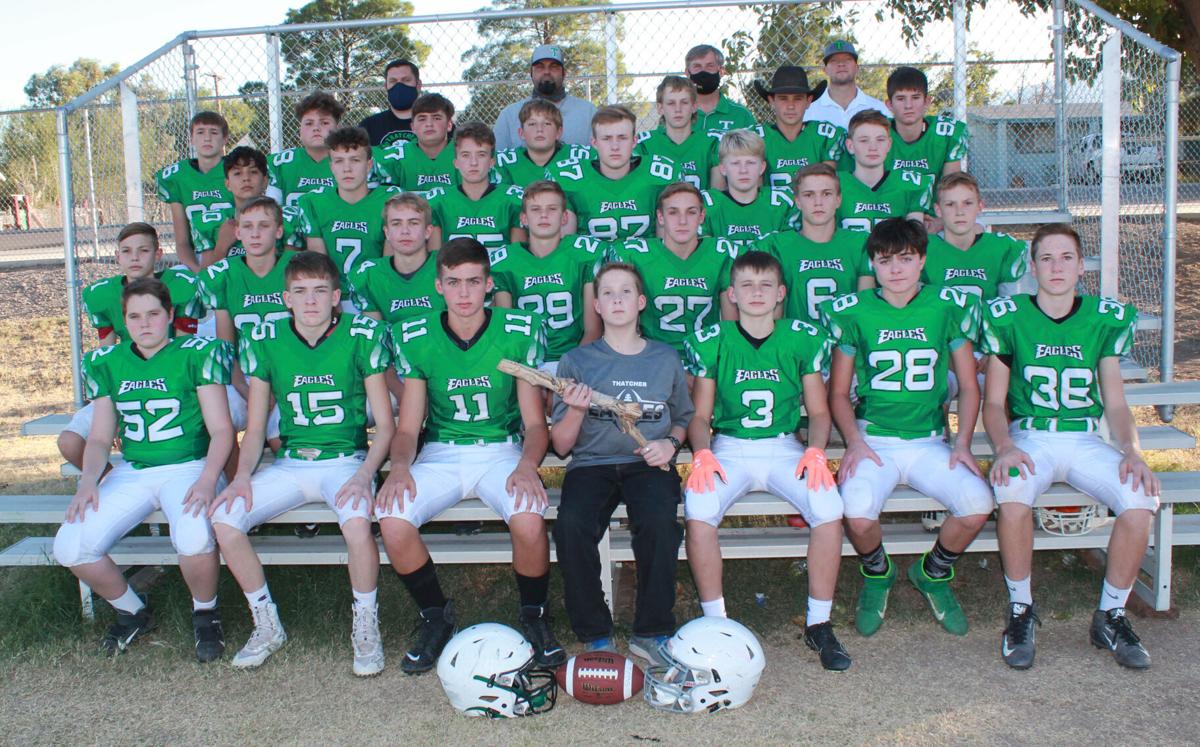 The Thatcher Middle School 7th and 8th grade football teams finished their season in strong fashion against the Pima Roughriders on Tuesday, Nov. 10.

The TMS 7th grade team defeated Pima by a score of 24-0 with Chad Johnson scoring twice and Michael Richins once. Dylan Riney scored the final touchdown of the game. The 7th grade team finished with a record of 4-2 with their only losses coming at the hands of the Morenci Wildcats.

After a 15-minute break, the 8th grade football game began with Jett Howard booming the opening kickoff down to the Pima 10-yard line, pinning the Roughriders deep in their own territory. Thatcher held the Roughriders on downs. Wyatt Nicholas returned the ensuing punt 30 yards for a touchdown. Kody Bingham added the extra point putting Thatcher on top 7-0.

On Thatcher’s next possession, Thatcher moved the ball down to the 15-yard line, where Wyatt Nicholas scored on a 15-yard reverse. The PAT failed putting Thatcher up 13-0. Pima moved the ball down the field finding the end zone for their first score of the game. The 2-point conversion pass was good.

The score at half time was 13-8 with the Eagles on top. Thatcher scored on the opening drive of the second half with Brett Jones taking the ball into the end zone from five yards out behind some excellent blocking from the offensive line comprised of Syler Romero, Patrick Nicholas, Branson Hughes, Brigham Rasmussen, and Dominick Martin. After some great open field tacking and strong defensive plays by Wally Haller, Tristun Brown, Jaryn Curtis, Dominick Martin, Syler Romero, and Crew Farris, the Eagles regained possession. The Eagles scored on a 40-yard pass from Paxton Echols to Wyatt Nicholas. The 2-point conversion pass was good putting Thatcher up 27-8 at the end of the third quarter.

Pima controlled the ball for most of the fourth quarter, capitalizing on two fourth down conversions, the last a screen pass on 4th and long that resulted in a touchdown. Branson Hughes covered the onside kick. Thatcher took a knee to end the game. The final score was 27-16.

The Thatcher Middle School 8th grade football team completed an undefeated season with a 6-0 record and conference champions. The 8th grade team ended their middle school football experience undefeated on the field for two consecutive years. It will be fun to watch them as they continue on to high school competition in 2021.

The Thatcher Middle School football program is coached by Billy Farris, Spencer Lamoreaux, Bayley Mack, Phil McBride, and Jake Robbins with Brendan Johnson, Jett Skousen, Jase Nelson, and D.J. Monaco as managers and Tye Steward as the Thatcher Middle School Principal. As a coaching staff, we would like to thank the administration, parents, and community for their support of youth athletics during this pandemic season