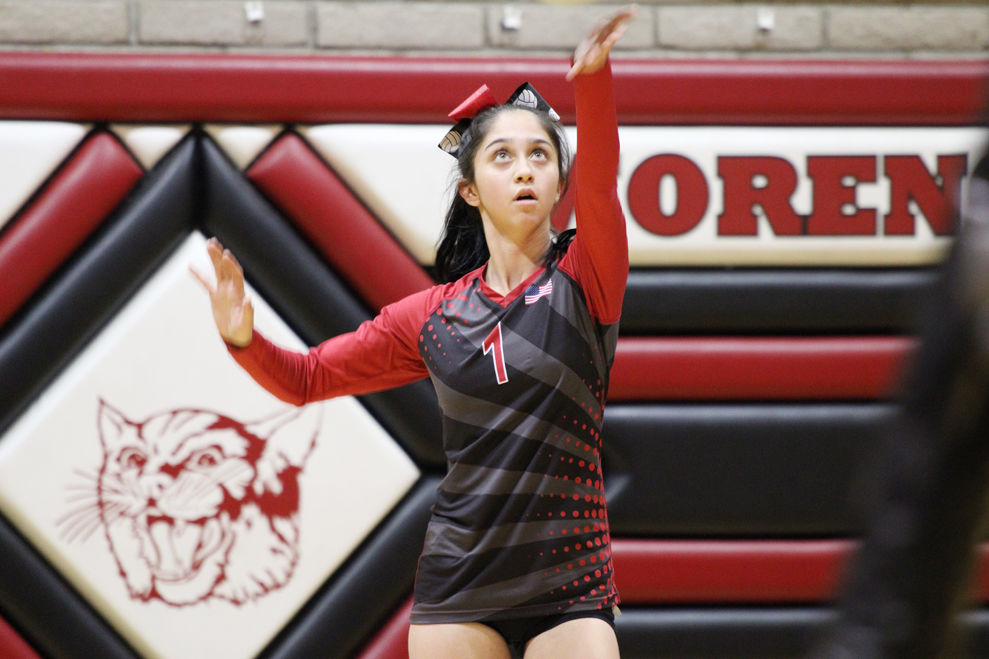 Morenci Wildcats’ Candace Forgach-Aguilar (1) serves up an ace in the first set. 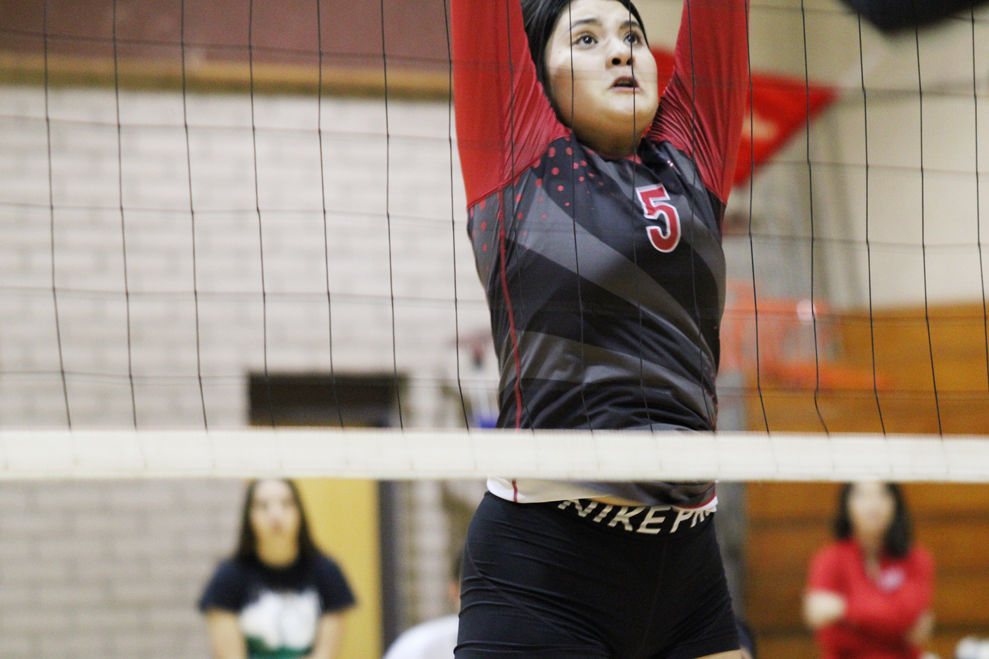 The Wildcats’ Lanea Leonard (5) protects the net with a big block in the first set.

Morenci Wildcats’ Candace Forgach-Aguilar (1) serves up an ace in the first set.

The Wildcats’ Lanea Leonard (5) protects the net with a big block in the first set.

MORENCI — For the first time in a decade, the Morenci Wildcats will be playing in the state volleyball tournament.

Before the game, the Copper Era caught up with Morenci head coach Rhyanna Mennen to get her thoughts.

“Going into tonight’s game, we’re all very excited. My girls have been working really hard, and it’s been a long time since Morenci has been in this position. So for us to have a home court play-in game is very exciting for us.”

The first set was all about who could outdo the other, exchanging points left and right.

The Lady Elks had the Wildcats number, scoring at will toward the end and taking advantage of Wildcats miscommunication and mental errors.

In the second set, the Wildcats came together, put together a string of aces and kills, and, most importantly, improved the court communication.

The Wildcats’ Reva Garcia led the team with four straight aces to help the Morenci Wildcats win the third set, while Julia Forgach-Aguilar and Devanie Medina protected the net.

The fourth set was a back-and-forth affair, with the set going to extra points before Morenci was able to lock down the victory.

The winner will face the winner of the No. 5 Trivium Prep-No. 12 Valley Lutheran match in the second round at 5 p.m. that same day.

The other area team in the 2A state tournament is No. 1-ranked Thatcher. The Lady Eagles will play No. 16 Phoenix Christian in the first round Friday at 3 p.m.

The winner will face the winner of No. 8 Scottsdale Prep-No. 9 Parker in the second round Friday at 7 p.m.

All 2A state tournament matches will take place at North High School in Phoenix.

1AFort Thomas is the area’s lone team in the 1A state tournament. The Lady Apaches are ranked No. 6 and will play No. 11 Mayer in the first round Friday at 11 a.m. at Coronado High School.

The winner will face the winner of the No. 3 Williams-No. 14 North Valley Christian Academy match at 7 p.m. that same day.

3ASafford was knocked out of the 3A state tournament after losing a play-in match Tuesday on the road.

The Lady Bulldogs finished the season with a 7-10 overall record and 6-6 in conference.